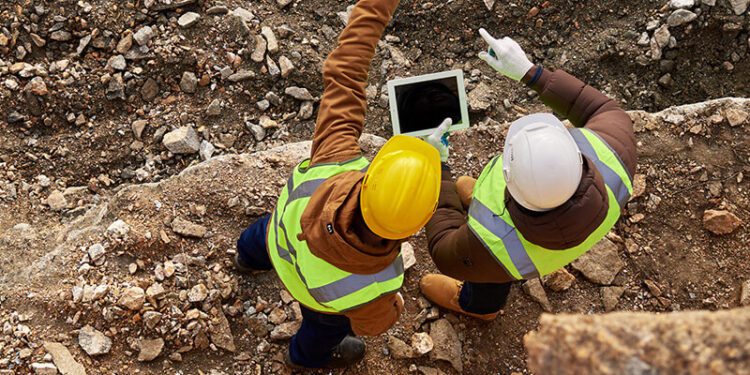 Grid Metals Corp. (TSXV:GRDM)(OTCQB:MSMGF) has confirmed it has completed the drill programme at Bannockburn Nickel project and is awaiting initial results from the East Bull Lake Palladium Property – both located in Ontario, Canada.

The company is now waiting results from the remaining seven drill holes submitted for assay at Bannockburn, while results from a sampling programme over new prospective drill target areas at East Bull Lake are now pending with select samples expected in early August.

At East Bull seven target areas are being field investigated in the summer field programme which will assist in targeting for the upcoming phase of drilling.

The company recently completed an eight-hole drill program at Bannockburn where the exploration target is bulk tonnage disseminated nickel mineralisation in a serpentinised ultramafic complex.

Previous drilling defined a >1 km trend of disseminated nickel sulphide mineralisation referred to as the B Zone. The geology and nickel grade x thickness observed at the B Zone is analogous to that reported from Canada Nickel Company’s Crawford Nickel project – also located in the Timmins Mining District.

The first drill hole was rush assayed and returned 296 metres averaging 0.28% nickel. All of the completed holes intersected between 200 and 350m of the target host ultramafic. Results from the remaining seven holes are pending and will be released as soon as possible.

Mineralogical analysis to determine the type and abundance of nickel sulphides present will be initiated after all assay results have been received. The company hopes to discover a significant near-surface nickel sulphide resource on the B Zone trend, targeting a pit constrained resource of over 100 million tonnes of near surface mineralisation containing at least 200 Kt of potentially recoverable nickel.

A three-month field programme of detailed surface sampling commenced in early July at East Bull. The programme will cover several multi-km long trends of coincident geophysical anomalies and historical anomalous palladium grades – each of which is a prospective drill target for the upcoming drill programme. Results will be used to guide the next phase of drilling that is expected to commence early this fall.

The initial phase of sampling is focused on the East Lobe of the intrusion and yielded a total of 225 surface samples along a ~ 2 km trend with further sampling to come over previously unmapped portions of the East Lobe. Initial assay results from selected samples are expected early in August.

Drill targets continue to be prioritized however the next phase of drilling at East Bull Lake will likely include several holes into the highly prospective East Lobe as well as extension drilling on the recently defined Central Parisien Lake Zone, which remains open for two km to the west. In all there are seven target areas that will be further field reviewed and sampled during the current summer programme.

The company views this early stage metallurgical testing as a significant determinant of the prospectivity of East Bull.