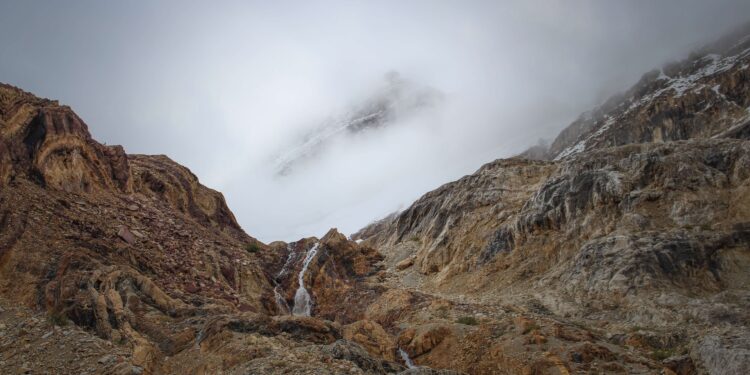 Located in the heart of the Golden Triangle of northwestern British Columbia, Seabridge’s KSM Project located five km southwest of the Goldstorm Deposit.

Results from seven diamond drill holes have recently been received from MSA Labs and are reported herein. Exploration at Treaty Creek is ongoing at Goldstorm, Perfect Storm and the Eureka zones with the recent arrival of the fifth and sixth drill rigs.

Vice President of Exploration and Project Development, Ken Konkin, added that drilling has commenced at the Perfect Storm Zone with the fifth drill rig and the sixth drill rig has just arrived at the Eureka Zone awaiting the arrival of its drill crew.

“We are consistently encountering strong sulphide mineralization along the limits of the three identified mineral resource domains, namely the 300 Horizon, CS-600 and DS-5 Zones.

“The Goldstorm Deposit remains open to expansion in all directions and at depth. In addition to potentially adding new gold equivalent (AuEq) ounces to the mineral resource, we will attempt to convert as much of the 7.9 million AuEq ounces of Inferred Resources to the Measured and Indicated Resource categories that currently total 19.41 million ounces of AuEq.

“Concurrent with the definition and exploration drilling on the Goldstorm Deposit, one drill will continue with 300-meter (m) step-out holes at Perfect Storm and one drill will test the central area of the Eureka Zone. Exploration crews will also be working on new areas within the project area in order to define new drill targets.”

“I am very pleased with the exceptional progress our exploration team has made with these initial results from the resource definition and exploration drilling programme,” Walter Storm, President and CEO, said.

“Continued drilling will broaden our understanding of the 300, CS-600 and DS-5 domains and hopefully will further increase the size and quality of the Goldstorm Deposit beyond our expectations. Despite having an exceptionally high snowpack this year, minor delays were encountered as crews patiently and safely removed unexpected amounts of snow accumulation. The safety of our crews and of our contractors is our highest priority.

“In addition to the exploration program, our base-line studies are also proceeding as planned with the installation of a climate monitoring station and on-going environmental studies. We look forward to providing new drilling updates throughout this year’s work programme.”