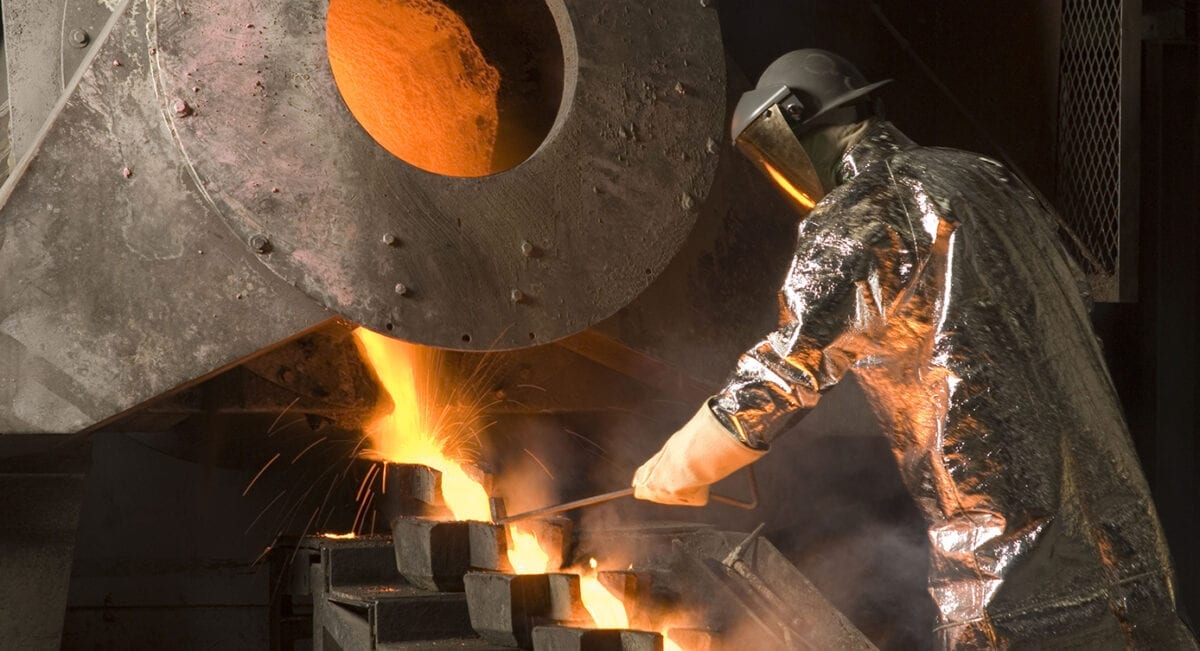 Douglas B. Groh is a Portfolio Manager at Tocqueville Asset Management L.P. He joined Tocqueville in 2003, where he is a Co-Portfolio Manager of the Tocqueville Gold Fund. Prior to joining Tocqueville, Mr. Groh was Director of Investment Research at Grove Capital from 2001 to 2003 and from 1990 to 2001 held investment research and banking positions at J.P. Morgan, Merrill Lynch and ING Bank. Mr. Groh began his career as a mining and precious metals analyst in 1985 at U.S. Global Investors.

For those not familiar with Tocqueville can you offer an insight into the company’s background, mandate and investment strategy?

Tocqueville Asset Management, L.P.  was formed in 1985 and is a privately owned limited partnership providing investment advisory services to high net worth clients, institutional clients and the registered investment company Tocqueville Trust, with approximately US$11.7 billion in total assets under management as of the end of 2017.  Tocqueville’s gold investment strategy initiated by Tocqueville’s Chairman, John Hathaway, in 1998, now accounts for about US$1.8 billion of total assets.

The gold strategy is focused on capturing value from several aspects inherent in today’s global economic and financial market structure. In one regard, the strategy, through exposure to gold, is an alternative to global monetary policy, which we believe distorts economic and monetary value. Our gold strategy provides our investor clients a means to diversify their broader investment portfolios as gold is noted for its non-correlated attributes. In our mutual fund, the strategy provides leverage to the gold price through direct exposure to gold bullion, but also through exposure to gold exploration and mining companies. But perhaps most importantly, our primary focus is to identify value creation in those companies that are either exploring for and making precious metal discoveries, or creating value by building profitable mining projects, or realizing value creation through efficient operations and corporate activity such as through M&A.

You’ve been a part of Tocqueville since 2003, and are currently Co-Portfolio Manager of the Tocqueville Gold Fund. Can you tell us about the make up of your fund and how it is weighted between equities and bullion?

The Tocqueville Gold Fund (TGLDX) is one of a series of funds in the Tocqueville Trust and is currently valued at $1.1 billion. It holds, as its single largest position, about 120,000 ounces of physical gold (~14% of the Fund total or about US$157 million). That gold is vaulted in a secure location managed by Brinks outside the financial system. We do not lend it out and we do not trade it. It is considered core to the overall investment strategy. The rest of the Fund is invested in precious metal mining companies, which are focused on gold and silver projects. About 35% of the Fund is positioned in larger cap precious metal producers ( >US$8.0 billion market cap), about 25% in the mid-tier producers ( US$2.0 – $8.0 billion market cap), approximately 22% is exposed to the small producers (US$0.5 – $2.0 billion) and about 4% is in the early developers / exploration category ( <US$0.5 billion market cap).

“Our primary focus is to identify value creation in those companies that are either exploring for and making precious metal discoveries, or creating value by building profitable mining projects”

How does this weighting change across the highs and lows of the mining cycle?

We are not necessarily trying to manage exposure to the various sub-sectors based on category weightings. Our emphasis is really on those companies that have the potential to create value either through exploration, their operations or through their ability to successfully execute financially or strategically.

What is Tocqueville’s appetite for investments in juniors and explorers?

We visit with lots of companies throughout the year looking for those that have the potential to create significant value, whether it is through their operations or geological potential. One of the biggest constraints we find in terms of investing in the juniors and explorer category is the limited liquidity and small market cap those companies typically have. As a relatively large and dedicated precious metals fund, it can be difficult to take what would be a meaningful position for the Fund in a company with a market cap less than $100 million. With a few exceptions, we are not interested in being the largest shareholder and we are very aware that small cap companies have daily liquidity constraints.

The Tocqueville Gold Fund has a strong holding of streaming companies such as Franco Nevada and Royal Gold. What is it you like about the streaming business model?

What are the key factors that Tocqueville considers before investing in a gold company?

Every investment opportunity is looked at in terms of its own unique situation. However, in general, we are looking for how value can be either created or enhanced in a way that is not fully appreciated by the markets. That might be a company’s resources or its physical assets, the strategy management is pursuing, or it may be the way the market values a company’s financial and strategic position. So, it depends, but basically, we focus on understanding a company’s situation and what the market values correctly or incorrectly about that situation and look for elements of value creation.

What is your opinion on the current silver price and how do you view its relationship with the gold price?

The gold to silver ratio continues to trade at elevated levels and yet as much as gold has done relatively well in the past couple of years, silver seems to participate only in a reluctant way. So, silver looks inexpensive to us and the silver stocks likewise look cheap. We have about 15% of the Fund exposed to what we would consider silver producers or those companies that the market generally considers silver companies.

What’s your opinion on the Pilbara conglomerate gold thesis? The next Witwatersrand?

That is an interesting geological thesis and seems to have some validity to it. However, it is one thing to make a geological discovery, which seems to be the case, and it is another thing making a geological observation, that is also economic. It seems on a certain scale the Pilbara gold bearing conglomerates are economic, but whether a resource can be economically defined and developed, on a relatively large scale, is another matter. As I understand it, converting the geological observation of high-grade gold nuggets into a sizable and minable economic resource/reserve, amenable to large-scale mining, is likely to be very costly and capital intensive. It is a story that could take years and lots of dollars to tell. Identifying and proving up the geology of the Pilbara gold bearing conglomerates is definitely an exciting narrative the markets should have fun interpreting.