China’s total gold demand was 927 tonnes in 2017, a 4.4 per cent decline from 2016 levels, according to our initial estimates. Meanwhile, the country’s mine production is expected to fall by approximately 10 per cent in 2017, mainly due to environment crackdowns which resulted in a fall in production from domestic smelter production.

Demand continues to fall after the 2013 peak

China’s total jewellery fabrication volume was 615 tonnes for 2017, a 3.4 per cent annual decline from the 2016 volume, and 57 per cent of its peak 2013 level. Chinese demand from the jewellery sector is significant because this segment accounted for two-thirds of the country’s gold consumption in 2017. The pure gold segment (24 carat) continued to suffer as consumer tastes shifted, looking for more fashionable designs. As a result, the non-pure gold pieces experienced strong growth. However, we estimate that the non-pure gold pieces only made up 13 per cent of the whole gold industry in 2017. The pure gold segment, which has the lion’s share of the market, continued to suffer.

After sluggish demand for gold bars in the first three quarters, demand finally picked up in the fourth quarter, especially after the US Federal Reserve raised interest rates in December. The market expectation was that the gold price would bottom after the event, and thus there was a small-scale gold rush in the market, leaving some retailers’ cupboards empty. However, it was probably too late to make a significant impact for the year as a whole. According to our initial estimates, the country’s gold bar demand amounted to 215 tonnes in 2017, a 9 per cent year-on-year decrease. We also noticed that there was a huge number of bars being smuggled out of China during 2017.

Chinese is gold price higher than the international benchmark

The annual average of the Chinese gold premia was $9.8/oz in 2017, compared to $6.4/oz in 2016. The overall average for 2016 looked likely to be much lower – it was only $2.7/oz for the first ten months. Then in November ($13/oz) and December ($32.5/oz) there was a sudden surge in the Chinese price, mainly due to the sudden depreciation of the yuan, which lost 2.5 per cent of its value against the dollar during that period. The People’s Bank of China (PBOC) was nervous: high premia attracts high import volumes, meaning further yuan outflows.

However, 2017 was another story. Contrary to expectations, the yuan managed to appreciate against the dollar by 6.3 per cent during 2017, despite the US raising interest rates three times during the year. The appreciation of the yuan was notable from the end of May until the first week of September, and resumed again in mid-December. The market expectation that the yuan would continue to depreciate in 2017 was crushed.

Chinese gold demand will continue to fall in 2018

Barring any huge market panic, China’s gold demand is likely to have peaked in 2013, and is very unlikely to return to those levels in future, regardless of the state of the domestic economy. The reality is that the Chinese community is shifting from treating gold jewellery as a safe haven asset to a fashionable complementary. This is especially noticeable with younger generations. The carat gold segment will continue taking market share away from the pure gold segment, both in supply and demand. Suppliers are more eager to promote non-pure gold jewellery, simply because of higher margins. Consumers also like non-pure gold items because of their more sophisticated designs, and the cheaper price tag. Therefore, even if China’s economy continues to improve and the consumption sentiment stimulates more sales in the jewellery sector, the use of gold will continue to fall. As a result, while gold demand in China stabilised in the final quarter of the year, we expect further downward pressure (in terms of volume) in 2018.

The gold price does not need the Chinese to be propelled

Investment demand is always less predictable than the fabrication demand, as market sentiment changes from time to time. The Chinese were bearish on the gold price in 2017, as most of them thought the increase in interest rates by the US would provide support to the dollar, thus creating pressure on commodities. Ironically, the dollar plummeted and the gold price ended the year 13 per cent higher. The gold price has started strongly in 2018 and if the momentum continues, then we can expect investment demand from China is likely to pick up. 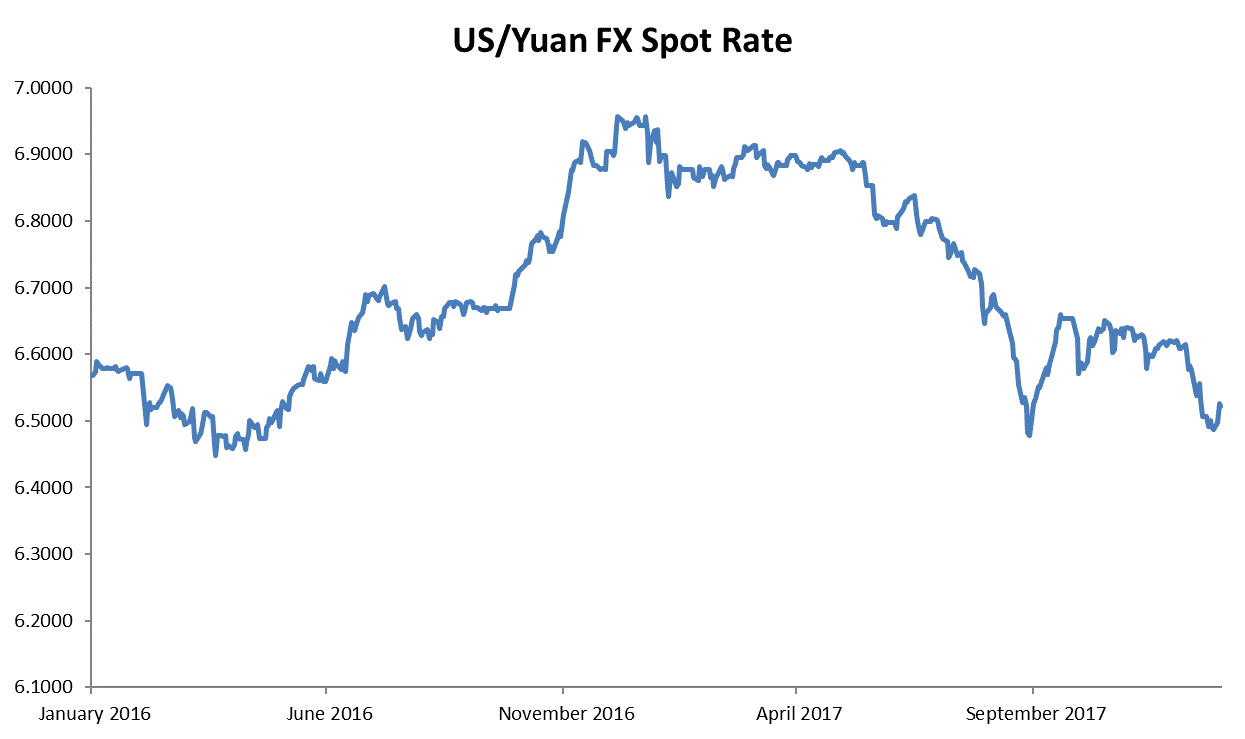