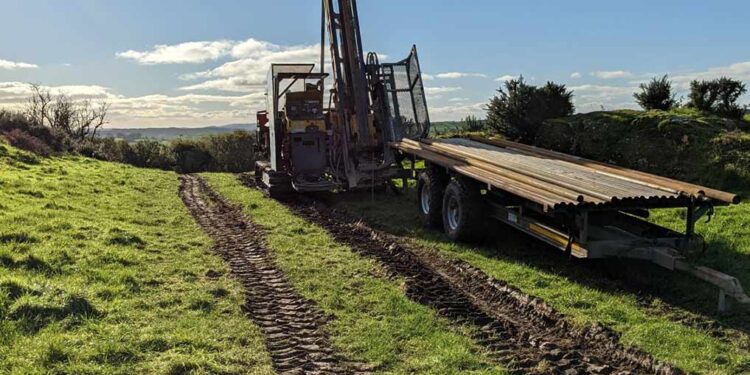 Walkabout Resources Ltd (ASX:WKT) has confirmed extension of the high-grade mineralised zone beneath the historic lead-zinc mines with assay results from its maiden drilling programme at the Blackcraig Lead-Zinc-Silver Project in south-west Scotland.

The company undertook initial scout drilling at the Blackcraig Pb-Zn-Ag project between Q4 2021 and Q1 2022, the first drilling on its Scotland Projects since their acquisition in 2018.

This also represents the first drilling to be undertaken in this region of historic lead-zinc-silver mines in southwest Scotland.

The drilling and assay results confirm the presence of lead and zinc mineralisation beneath the historic mines at Blackcraig, commonly occurring as high-grade stringers, blebs and disseminated mineralisation within a quartzcarbonate vein breccia.

Blackcraig forms part of a trend of historic workings that mined lead, zinc and silver over some 4.5km, which potentially extends further along strike to the historic Pibble Pb-Zn-Cu-Ag mining area, some 5km to the southeast.

“The completion of our maiden scout drilling program over the Blackcraig prospect marks the first exploration drilling programme in the region since the discovery of the mineralisation more than 250 years ago,” CEO, Andrew Cunningham, said.

“As expected, the results confirm the continuation of high-grade mineralisation beneath the old underground mine workings and are invaluable to our understanding on the controls and type of mineralisation in the area.

“The company’s large footprint in what is seen as an unexplored and potentially high-grade mineralised region further supports the need for a modern, systematic and well-planned approach to mineral exploration in Scotland and more broadly, the security of supply of critical metals in the United Kingdom.”

The area around Blackcraig is well known for its historical high-grade lead-zinc mines. Mineralisation was discovered in 1763 during the construction of an old military road exposing sulphides in a hill side cutting. The operations were initially exploited by a means of underground mining in the latter half of the 18th century and were abandoned it is believed when it became difficult to de-water the mines with technology available at that time.

The mines were reopened in the mid 1850’s with sporadic production until 1917. Mining was carried out by hand and it is estimated that the operations reached a depth of up to 150m below surface, although most mining was down to approximately 45m below surface.

The East Blackcraig and West Blackcraig mines produced over 14,000 t of lead ore, 1,200 t of zinc ore and minor copper.

Mineralisation is reported to occur in two steeply dipping, sub-parallel veins with historical reports indicating that mineralisation is represented by stringers to massive sulphides up to 18m wide over a strike extent of approximately 4.5km.

The current surface expression of the mining is limited to the foundations of former miner houses and associated building near the mining village, some limited open shafts and adits in the area (the others backfilled and over the years) and overgrown hummocky ground representing the unprocessed and unrehabilitated spoil heaps.