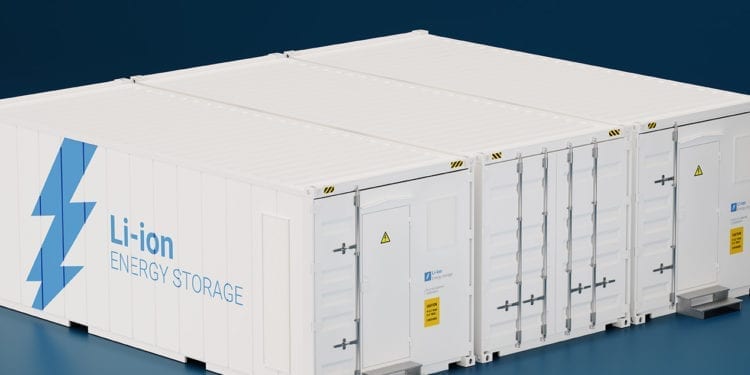 With the popularity of electric vehicles (EVs) growing at an unstoppable speed, lithium continues to be a hot commodity in 2018. But fears of oversupply in the market hurt lithium stocks in the first three months of the year. That said, experts remain optimistic about the future of the metal. In fact, demand for the lithium is forecast to triple by 2025, and prices for lithium carbonate and hydroxide, used in lithium-ion battery cathodes, continue to increase.

How did the metal perform in the first quarter of 2018, and what’s ahead for lithium in the near term? Read on for an overview of the factors that impacted the lithium market in Q1, plus a look at what investors should watch out for the rest of the year.

It’s been a busy quarter for the lithium market, with major announcements and deals as well as increasing supply concerns impacting the space. In January, top lithium producer SQM (NYSE:SQM) ended a long-running dispute with Chilean development agency Corfo over royalties in the Salar de Atacama. As a result, SQM will be able to expand its annual lithium carbonate equivalent production to at least 216,000 tonnes by 2025. The SQM-Corfo agreement was anticipated and welcomed by analysts and market participants alike. “I believe the deal is great news for all parties involved,” lithium expert Joe Lowry said at the time. “In addition, it gives lithium-ion battery makers and car companies comfort that secure supply will be available over the next several years.”

Despite analysts’ bullish forecasts for lithium, investors’ worries over oversupply in the market increased during the first three months of the year. Benchmark Mineral Intelligence released a report to address these concerns, noting that the most important thing to keep in mind is that to impact prices for lithium carbonate and lithium hydroxide, the focus has to be on which companies are creating high-quality battery-grade chemicals. After SQM signed its deal with Corfo, the market continued to perform with volatility, and stocks took another hit when Morgan Stanley (NYSE:MS) released a forecast predicting prices will fall by 2021. Analysts at the firm said growing demand from the electric car sector will be insufficient to offset increasing supply from Chile.

However, lithium experts and CEOs did not take long to reply to the bank’s forecast, with many pointing to the lithium sector’s history of delayed mine ramp ups and processing problems. Speaking with INN at this year’s PDAC convention, Alex Laugharne, principal consultant at CRU Group, said lithium oversupply fears are a bit overblown. “[The market is] moving from a deficit into a sort of fairly balanced situation through 2018 to 2019, and that will keep prices relatively well elevated around where they are at moment,” he noted. But Laugharne said it’s important to remember in the current environment that “[v]irtually every producer is making fantastic margins of prices today, and that’s not always going to be sustainable over time.” Another major announcement in the space came in February, when top lithium producer Ganfeng (SZSE:002460) filed a US$1-billion IPO in Hong Kong. The company said it will use the money for acquisitions, further exploration and to expand capacity to meet growing demand from the EV sector. US-based FMC (NYSE:FMC) also announced plans to spin off its lithium business in an IPO worth US$500 million.

During the first quarter of the year, the market continued to see carmakers and technology companies looking to secure long-term supply of lithium and other battery metals. German carmaker BMW (ETR:BMW) is said to be close to signing a 10-year supply deal for lithium and cobalt, both of which are key elements used in electric car batteries. Later in the quarter, the company said it will not mass produce EVs until 2020 because its “current technology is not profitable to enough to scale up for volume production.” Lastly, China, the leader in the electric car space, continued to implement measures to fight pollution, pushing car manufacturers to set up facilities to recycle used lithium-ion batteries. Chinese carmaker BYD (HKEX:1211) announced plans to launch a recycling plant in Shangai in the second quarter; it will open its doors later in the quarter.

As the second quarter begins, there are key drivers and announcements that could impact the lithium market that lithium-focused investors should watch out for. According to battery metals expert Chris Berry, founder of House Mountain Partners, one of the main factors to keep an eye on is FMC’s US$500-million IPO plans. That would give FMC’s lithium business a market value of more than US$3 billion. “[The IPO will] give the market an idea of what a pure play, a lithium pure play producer is valued at,” Berry said.

“All auto makers are now fully aware of the need for secure, long term lithium supply…”

According to the expert, another factor to keep an eye on will be the successes or challenges that might come from many of the hard-rock production in Australia. “There’s been a lot of money pumped into that part of the world, and now it’s time for them to start showing that they can actually build these projects and produce a scale,” he said. For his part, Laugharne said a key factor to watch is supply discipline, or the rate at which the majors are looking to expand their output, with SQM being the main focus.

“[When looking at majors,] it’s important to see beyond the planned expansions for the next year or so, there’s a long lead time and a lot of capital expanding further so, it’d be very surprising to see them expand to their full potential capacity in a short space of time,” he added. SQM is also set to sell a 32-percent interest as part of regulatory conditions after Canada’s Potash Corporation of Saskatchewan merged with Agrium to form Nutrien (TSX:NTR,NYSE:NTR) last year. Chile’s Corfo has filed a complaint to block the sale to Chinese top lithium producer Tianqi Lithium (SZSE:002466), as the companies combined would control 70 percent of the global lithium market. A resolution is expected in the next few months.

Another trend that will continue in the market will be carmakers, technology companies and battery makers looking for ways to secure supply. “All auto makers are now fully aware of the need for secure, long term lithium supply but none have yet locked in long term contractual agreements,” Benchmark analysts said in their latest report, estimating that a number of lithium/auto deals will be struck in the next 24 months.

Looking ahead, prices are likely to move towards convergence rather than a crash, as the fundamentals of the lithium industry have not changed, Benchmark said in its January note. Under the most likely scenario, the analysts see the prices of Chinese lithium chemicals and rest of the world converging. “[It’s] vitally important to also understand that there is not just once price for lithium but a wide range of grades and specifications that command their own prices on their own merits,” they added.