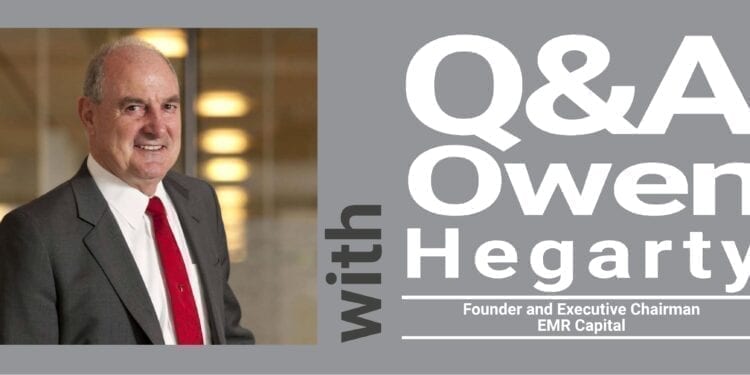 Owen Hegarty has more than 40 years of experience in the global mining industry. This includes 25 years with the Rio Tinto group where he was Managing Director of Rio Tinto Asia and Rio Tinto’s Australian copper and gold business. Owen was the founder and the managing director of Oxiana Limited, where he led the growth of Oxiana from a junior explorer to a major Asia Pacific base and precious metals producer. Oxiana later became OZ Minerals. Owen is also Chairman of the Tigers Realm Minerals Group and, until end of 2016, was Vice Chairman of ASX listed Fortescue Metals Group (FMG). Owen is a Fellow and Former Director of the AusIMM, a Fellow of the AICD, and a member of a number of government and resource industry advisory bodies.

Owen is the founder and executive chairman of EMR Capital, a specialist mining private equity company. EMR has some USD 2.5 billion funds under management and has eight mining projects and operations worldwide.

1. Owen, thanks for joining The Assay. To start us off, how did you first get into mining?

Well, I was lucky enough to be at university several decades ago when big companies would come to campus at the end of the year and compete for graduates, so we had plenty of choices. I joined Rio Tinto because of the very exciting projects they had in the pipeline at that time, the international exposure, and the appeal of the very large trucks and shovels!

2.Can you provide insight into what you look for in junior mining companies when considering them for investment?

All the usual things I suppose – commodity, location, stage of projects, country risk issues, competitiveness, etc. However, the most important thing is the people in the company. Good people will always bring you good projects.

3. Can you give examples of companies that have checked all the boxes?

It’s hard to single out examples and we’ve still got plenty of live opportunities we are working on and monitoring. At the bigger end, Rio Tinto, of course, because of the growth orientation, scale of things, and the wonderful people. They were very experienced, had a disciplined approach towards everything, and were prepared to give you authority to get on with things. I joined Fortescue Metals Group as an Non-Executive Director initially and then eventually became Vice Chair because Andrew had a clear understanding of what was happening in China and Asia, and was determined to do something about it. He’s a great entrepreneur, great bloke, great Australian; the Viv Richards of mining – a true Master Blaster!

We bought Sepon copper mine from Rio because it was too small for them; Laos was seen as off the beaten track. We thought it was unique because of the coppergold combo and the grades were almost management proof! We bought Agincourt in the Australian public market because of Martabe in Indonesia. Indonesia was seen as being a bit hard at the time, but we’d always been able to work effectively there. Martabe is now a prized world-class operation.

We recently bought Golden Grove from MMG. They were busy in Peru so all their attention and money was there, and they couldn’t do the things we have subsequently done to grow that operation.

There’s a long list of acquisitions and deals. My advice is: you must be disciplined and you must be prepared!

4. Continuing on the theme of investment, what are your favourite metals these days? Why are they your preferred metals for investment?

I love copper and gold because they’re flowing in our veins! Hard-coking coal is great because its rare and there’s no substitute. I’m also a fan of potash because the world’s population is growing, people are living longer and eating more! All of these metals have large deep liquid markets; you can get in and get out, you don’t need to be Rio or Rusal to do well, they have great demand profiles for decades to come, and there will be challenges to supply.

5. What are the long-term themes / global business trends (i.e. EV revolution, emerging economies, etc.) that you factor in when making an investment that would make a mining company successful?

There’s plenty of them and we’ve talked about a few, from EVs to AI, but the whole Environmental and Social Governance area is looming larger. It always has for us, but the expectations of governments, communities and populations in general will only rise over time.

6. What are your thoughts on the ASX? What are some of the positives and negatives of listing on the ASX versus other resource-focused stock exchanges?

I’m a firm believer in and supporter of the ASX, and am involved in many listed companies, large and small. I think it’s a terrific platform and suits all stakeholders’ needs. Right now, it has better ratings and liquidity than anywhere else for resources. It’s trusted by investors worldwide and has links to multiple international exchanges. Like us, it believes in continuous improvement, so you can always get a hearing there if you have a beef about something.

Earlier, this year, Rick Rule said:
“We are slowly working our way out of a protracted bear market. I’m afraid that this recovery could be easily derailed too; our gradual global economic recovery is threatened by its own longevity (nine years is a long recovery), by populist nationalism, which makes everyone poorer, and by a rising interest rate environment, which could usher in a vicious liquidity squeeze, and will certainly increase the private sector’s cost of capital.”

7. Would you agree with his view on where the mining sector is at in the current cycle? Where do you predict things will go in the 2020s?

Yes, I would agree with Rick. Our long-term view hasn’t changed; we see multiple decades of growth in demand for commodities led by China, India, Indonesia, and in fact all developing countries around the world. They’re all looking to get on that superhighway of economic growth and sustainable prosperity. It’s inevitable and unstoppable. Of course, there will be bumps along the way (the trade and tech war is one of those), but the direction and force is still pretty clear.

8. What is the role of private equity in filling the funding gap?

Private equity has a role in filling the gap – it’s pretty much always been available and is variable in availability like the public markets. However, it’s a bit specialised, it’s not for everyone, it tends to look for control, and some describe it as impatient.

9. What are your thoughts on why more money is flowing into private equity funds as opposed to capital markets?

I’m not sure of the data here; what we’ve seen is the TSX somewhat MIA for mining and resources. I guess we all know where that money has escaped to, but it will be back. ASX and AIM are pretty liquid. Don’t lose sight of the Asian Exchanges for big and small resources, they’ll be back too. After all, the growing surpluses of capital have to go somewhere. Oil and gas has been a good earner for private equity. We’re hoping to replicate that for mining. 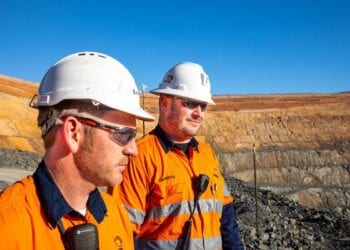 Growing Quality and Profitability in the Gold Mining Sector 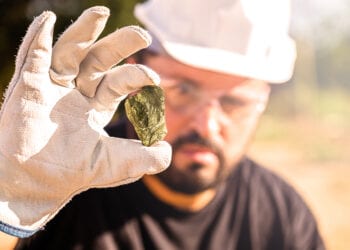 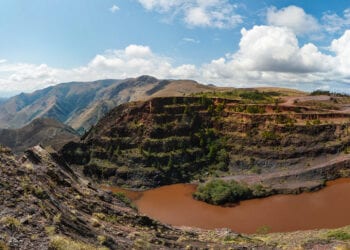 Financing the Next Generation of Mines in Africa 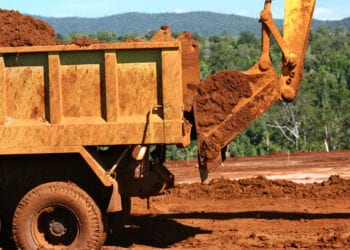 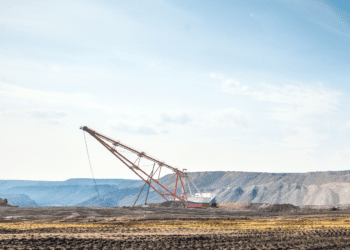 A Geologist’s Perspective on Investing in Tech Metals 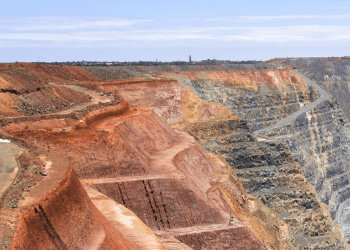 Examining the Shape of the Market Recovery Post-COVID