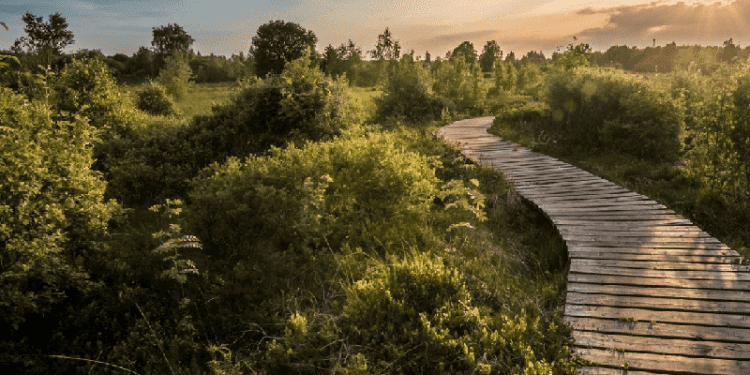 David:  I kind of fell into it frankly.  I was working as a Crown Prosecutor for the Province of British Columbia in Canada in the late 70’s / early 80’s, and I wanted a career change.  I remember reading an ad in the local paper for a position as a Listings Officer at the Vancouver Stock Exchange (VSE).  I applied and was offered the job.  I was the first lawyer to work in the Listings Department at the VSE and, at the time, I knew nothing about mining, or equities for that matter.  Thinking back on it, both the VSE and the British Columbia Securities Commission were run by ex-RCMP officers, so maybe they saw my experience as a prosecutor as an asset.

Hayley:  As someone from Vancouver who has been exposed to mining for much of my life, I don’t think it’s particularly surprising that I ended up in the sector.  I love the outdoors, I was interested in travelling, and, after graduation, I simply wasn’t ready to commit to an office job; geology was the perfect fit.  So, I volunteered with John Robins and one of his Discovery Group companies as a field assistant in Nunavut, loved it, and soon after, started my degree in Geology at UBC.

David:  I think there are three key things to consider when investing.  First, are people. I believe people are the key ingredient to success, in any industry.  At Pathway and in our broader group, we work to back a person or a team that has a track record of success in the business, someone who is a project generator, for example, or someone we feel has the potential to become a project generator;

And third, is synergy.  When I think about synergy, I consider whether this combination of people and project will result in something that is greater than the sum of the parts.  In other words, are our respective skill sets complementary and, as a group, can we create value with the project?

So many people think they can do it all, but that’s not true.  You need to know what you are good at and what you are not good at, and the sooner you understand that and are able to surround yourself with those who compliment you, the better chance of success you will have.  My partner, Marcel de Groot, for example, is fond of saying that you have to know what you don’t know, and I think that is essential to success, no matter the industry.  Mining, of course, is a difficult business, so at Pathway we always look for those three things – people, project, and synergy – when we consider making an investment.

Hayley:  I have to agree with David that people, project, and synergy are the three pillars of success, no matter the sector.  I’ve witnessed firsthand the impact of surrounding yourself with the best talent, and I truly believe that success is collaborative.  Collaboration and corporate culture impact every aspect of the business and, ultimately, lead to better decision-making and a greater level of success for everyone involved.

David: Yes, for sure, and one company I was involved with comes to mind: Peru Copper.  Peru Copper satisfied the key aspects I identified earlier: people, project, and synergy, and all in spades.

People is an easy one here as Peru Copper started with J. David Lowell, who has discovered more copper than anyone else in the world, and Catherine McLeod-Seltzer (Refer to Page XX for Q&A), a highly successful entrepreneur in the mining space.

The project was Toromocho in Peru. Toromocho is, characteristically, a porphyry copper deposit, but a complex one.   Although it had been explored in the 50’s/60’s, being drilled previously by both the Cerro de Pasco Corporation (CSE: CDPR) and its successor Centromin, it was considered to be uneconomic.  I remember Dave describing Toromocho as a ‘doggy prospect’ because it was small, low grade, and perceived to have an arsenic problem, which meant that every major copper producer had dismissed it.  But Dave saw potential in the project when he concluded that past work had underestimated the deposit grade as well as the size and, as it turned out, Dave was right.

Peru Copper was the only bidder for Toromocho in a privatization process in about 2003, and we secured the project in exchange for work commitments totaling less than $10 million over 5 years.

It was a no-brainer for Pathway to get involved as it ticked all the boxes, and so we assisted in taking Peru Copper public, raising funds, and subsequently negotiating the ultimate sale of the project in 2007 to Chinalco for CAD $840 million.  All in all, it was an incredible opportunity for Pathway, and a lot of fun for everyone involved.  Oh, and of course Lady Luck played a part too as copper had gone from $0.65/lb in 2003 to over $3.00/lb in 2007.

Sandstorm Gold Royalties (TSX:SSL) is another example of a successful junior.

By way of background, the CEO of Sandstorm is Nolan Watson, whom Marcel and I met in 2006.  Back then, Nolan was working in mine finance at Silver Wheaton Corp as the Chief Financial Officer, where – at age 26 – he was the youngest CFO of a New York Stock Exchange listed company. Nolan helped to develop the silver streaming business model and was instrumental in growing Silver Wheaton, now Wheaton Precious Metals (TSX: WPM.CA), into one of the largest streaming companies in the world.

Around 2008, Nolan left Silver Wheaton to create his own metals streaming company together with David Awram.  At Pathway, we recognized that this area of the mining business was becoming more popular and concluded there was no one better to back than Nolan Watson, a financial genius and someone who understands the model better than anyone else.  So, in 2008 Nolan took over a TSX-V listed shell company that Marcel and I had started a year earlier called Sandstorm Resources, and he has never looked back.

Today, Sandstorm is a leading streaming and royalty company with 188 streams/royalties, annual cash flow of over $70 million, and a market cap in excess of US$1 billion.

We are focused on base and precious metals, primarily the more “main stream” LME-traded metals such as copper, gold, and silver.  These metals tend to have longer windows of opportunity, a larger pool of investment capital available, and a consistent product without the added uncertainty and complexity of trying to find a buyer.

David: I firmly believe the TSX and the TSX-V are, and will continue to be, the exchanges of choice for junior mining companies.  Having said that, I hope they recognize that they are in a service business and must ensure that their policies remain competitive and aligned with the ever-changing landscape in the junior sector.  Financing a junior mining company is probably more difficult now than it has been at any time during the last 35 years that I have been in the business.  People, companies, and the exchanges will do well to acknowledge that and adapt.

On the service side, I think the exchanges need to continue to hire the right people, provide timely review of filings, and allow for the evaluation of transactions.  Every deal is different, so there isn’t a one-size-fits-all template and I think people sometimes forget this.  It’s key to employ and empower the right people, treat public listings like a business, and respond accordingly.

Hayley:  The TSX and the TSX-V remain essential to the success of the junior mining space and I do think the broader TMX Group is working to make both more attractive to early-stage exploration and development companies.  In response to increasing competition from venture capitalists, for example, the TSX-V is revising Capital Pool Company (CPC) policies to make the CPC Program more attractive to founders and entrepreneurs alike.  TMX is obviously aware of the ever-changing landscape and the increasingly competitive nature of the space and is making moves to address this in the hopes of attracting more investment.

It can also be said that the TSX and the TSX-V have been successful in promoting the junior mining space in particular because, as a whole, Canada understands and appreciates early-stage opportunities better than most.  Conversely, in the UK – where I am based – the LSE and AIM remain better suited towards larger companies with more advanced-stage projects despite growing local interest in the junior sector.

David:  The old Boy Scout motto comes to mind: BE PREPARED, by which I mean you need to make sure your company is always in a state of readiness.  Financing windows these days are open and shut before you can blink, and you need to be able to move to access the market when the opportunity arises.

Also, CEO’s need to be realistic in their valuations; don’t grind for a nickel or a dime.  You need funding to move your company forward and if you miss the window, it could be fatal.  So, don’t lose sight of the longer-term objective, keep your G&A low – the money needs to go in the ground and not in management’s pocket – and set realistic and meaningful milestones.  And make sure you deliver on those milestones.  Overpromising and underdelivering won’t get you anywhere in a small community like mining.

Hayley:  Having spent time working in the mining sector on both sides of the Atlantic, I am a firm believer that the whole of the industry stands to benefit from increased collaboration.  Vancouver-based explorers and developers ought to broaden their search for capital to incorporate the UK, for example, and European investors would do well to focus on the enormous potential that exists within the North American junior mining space.  In fact, I established Pathway Ventures UK specifically to facilitate connections between North American junior mining projects and international sources of capital. 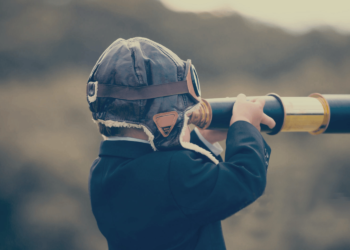