The Assay - Mild dip-buying returns to base metals complex 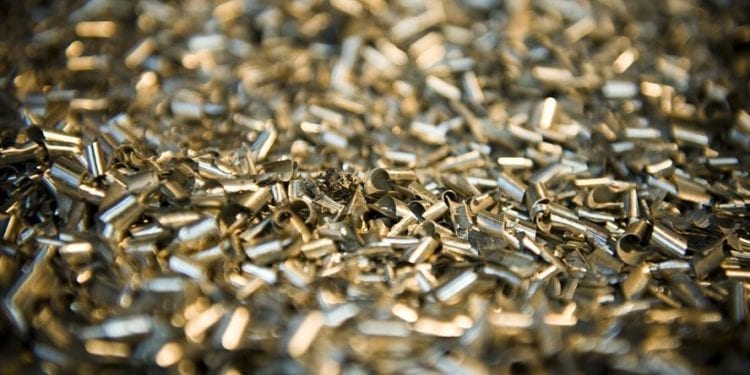 Three-month base metals prices on the London Metal Exchange were marginally higher during morning trading on Thursday June 28, with the complex up by an average of 0.2%.

Nickel led the gains with a 0.7% increase to hover near $15,000 per tonne, followed by aluminium that was up by 0.3%, while lead and tin edged up by 0.1% and copper and zinc were little changed.

Volume has been quite light with 3,753 lots traded as at 6.28am London time, which suggests that the marginal gains made remain vulnerable to the downside if risk-off sentiment returns to the market.

Despite the challenging macro-economic backdrop and generally negative risk sentiment, the precious metals have struggled to catch haven-buying interest. Gold and platinum prices on the LME were both down by 0.1% and continued to hover near fresh 2018 lows.

The yellow metal was last seen trading at $1,251 per oz, approaching the December 2017 low, while platinum is entering its November-December 2015 price range as it approaches $850 per oz. Silver and palladium on the other hand, have bucked the trend with gains of 0.2% and 0.5% respectively.

In China, base metals prices on the Shanghai Futures Exchange edged higher on easing trade war concerns. The July lead contract outperform its peers, with a strong gain of 555 yuan ($84) per tonne or 2.8% to 20,565 yuan per tonne. Nickel, zinc, copper and aluminium secured gains too, while tin was the only metal to weaken, falling by 0.6%. On average, the SHFE base metals complex was up by a healthy 1.1%, which suggests that the improving sentiment should continue to bode well for base metals prices.

In other metals in China, the September iron ore contract on the Dalian Commodity Exchange was up by 0.6% at 466.50 yuan per tonne. Meanwhile, the SHFE’s most-traded October rebar contract was up by 1.4% and December gold and silver were mixed with the yellow metal rising by 0.1%, while silver fell by 0.2%

After a poor start to the week, the dollar index has recovered from the June 26 low of 94.17 to sit at 95.48 this morning. This has pushed other currencies lower, with the euro near its recent low at 1.156, while sterling down was by 0.2% amid ongoing Brexit talks, which saw UK Prime Minister Theresa May under pressure from the European Union. Meanwhile, the recent weakness in the Chinese yuan continues to raise concerns that China is devaluing it currency as part of its trade spat with the United States.

On the economic front, Japanese retail sales data disappointed at 0.6%, against an expected print of 1.3% and well below its previous print of 1.5%. Later, the market will turn its attention to consumer price index (CPI) readings from Germany, Spain and Italy. But the highlight for today is the final gross domestic (GDP) print from the US, which is expected to be in line with its previous level of 2.2%.

Despite the easing trade tensions, global investors remain worried about US President Donald Trump’s protectionist rhetoric which could potentially harm global growth. Little progress has been made to avert an all-out trade war between the US and its key allies. Instead, the Trump administration looks likely to slap more tariffs or at least has threatened to do so. But a tit-for-tat spat and deteriorating trade relations will come at a high cost to the global economy.

For now, the US and its allies remain at odds and both sides will feel that they have to enforce whatever policy they deem fit to protect their own economy. As such, it is unlikely that the trade tensions that developed so far year are unlikely to be resolved quickly.

In the meantime, the LME base metals are adjusting to their new trading ranges, with tin now below $20,000 per tonne, zinc near a fresh 2018 low of $2,871 per tonne, while aluminium and copper still struggling to attract fresh buying after recent weakness. Lead and nickel prices have held up better than the rest of the complex, finding support from robust fundamentals.

Going forward, the base metals complex will need to find stable support to regroup and perhaps attract fresh dip-buying interest again. However, the environment remains challenging for the base metals due to several bearish conditions including deteriorating global risk sentiment, rising concern over the health of the Chinese economy and a strong dollar index.

Precious metals like gold and silver are likely to remain under selling pressure and fresh 2018 lows cannot be ruled out. Platinum should continue to struggle due to its excessively bearish speculative positioning, while palladium has so far managed to hold onto a $100-per-oz premium over its sister metal.

This article was first published by FastMarkets as the Metals Morning View:
https://www.metalbulletin.com/Article/3816822/METALS-MORNING-VIEW-2806-Mild-dip-buying-returns-to-base-metals-complex.html