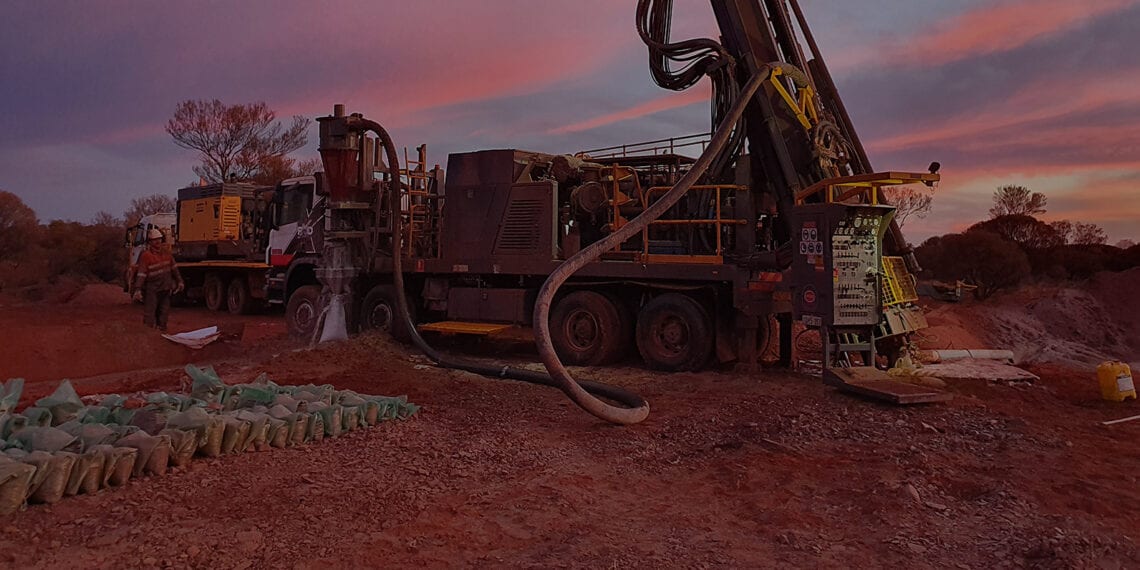 With a potential world class discovery, a currently estimated 45km of prospective strike, an A$40-million “war chest” and an elite management and exploration team, Rumble Resources (ASX: RTR) is confident it has only uncovered the tip of the iceberg with its exciting Chinook Zinc-Lead-Silver, Sedex-style find in Western Australia.

The company was also able to quickly turn the excitement of the discovery into a highly successful capital raising, which attracted a number of new institutional and significant sophisticated investors onto Rumble’s books.

Rumble Resource’s managing director, Shane Sikora, says the company is now well funded with an extra A$40 million in the bank that it can throw at proving the Earaheedy Basin Project is the Tier 1, Sedex-style asset it believes it to be.

The company has already revealed an Exploration Target estimate of between 40 to 100 million tonnes at a grade ranging between 3.5% Zn-Pb to 4.5% Zn-Pb. Notably, the initial exploration target is at a shallow depth of around 80m and over 45km of prospective strike – which is completely open.

With a much better grasp of the geology of the area, Mr Sikora is very confident that the first stage Exploration Target is well within reach and could possibly be surpassed – suggesting that the Chinook Prospect alone has the potential to be at the upper end of the target.

In a recent online presentation, Mr Sikora and the company’s technical director – two-times AMEC “Prospector Of The Year” winner Brett Keillor – highlighted why they are so excited about the Earaheedy Project’s upside and why the company is investigating both open pit and underground development options.

Mr Sikora told the online audience that the company’s early 2021 Earaheedy drilling campaign at the Chinook Prospect was a “basic grid pattern” designed to gain a first pass look of what was on offer.

While that first pass programme was quite small at 26 holes for 2,653m, its design utilizing five fences of vertical RC drill holes located 500m apart, completed on 100m spacings, provided a significant amount of data that is now being brought to bear.

Possibly the most notable information gained from the company’s interpretation, based on geological and airborne magnetics, is that Zn-Pb-Ag grades increase significantly near extension NW feeder faults – which, importantly, haven’t previously been targeted or tested.

Notably, Rumble has identified that Chinook has a multitude of these extension faults over many kilometres of strike, with each inferred north/north-west extension feeder fault holding the potential to develop higher-grade Zn-Pb- Ag zones over the length of the play.

With this new geological information in hand, the company is confident in the potential for oxide and sulphide large-scale, open cut mining scenarios and high-grade underground operations close to the extension faults.

And Rumble Resources is not wasting any time in following up the exciting Chinook discovery.

Just weeks after announcing the results of the previous campaign, the company hit the ground running with a now-completed gravity survey and a 30,000m, four-rig, drilling campaign underway.

One of the key areas to be tested is the large Magazine prospect, where geological and airborne magnetic interpretation has highlighted higher grade Zn + Pb mineralization is also associated with the underlying inferred NNW trending extension feeder faults.

The company is also particularly interested in drilling the area between the Chinook and Magazine prospects – a large 12km of strike that has not been tested before.

Mr Sikora says with Rumble now empowered with a much better understanding of the Earaheedy Project geology and mineralization style, there is much excitement moving forward as the company can now potentially target the newly identified, higher-grade feeder zones throughout the project with geophysical targeting methods in airborne magnetics and ground gravity.

He added that understanding the style of mineralization is important when trying to evaluate the scale potential of the discovery. Sedex deposits account for 25% of Zn-Pb production and 50% of Zn-Pb reserves globally, form Giant and Super Giant Tier 1 Deposits and for six of the 10 largest active zinc mines globally highlighting the scale capability of the Earaheedy discovery.

However, the Earaheedy Project is not the only exciting project in Rumble’s stable of near-term Western Australia developments.

Make sure you read Part Two.