Orinoco Gold Limited (ASX:”OGX”) (“Orinoco” or the “Company”) has recently emerged as one of the most  exciting junior gold producers and explorers on the ASX, in Empire Capital Partners (“Empire” or “ECP”) view. OGX is an ASX-listed, Brazilian gold company that is focused on mining the Cascavel gold mine (Cascavel) as well as unlocking the potential of its Faina Goldfields Project (Faina Project) located in the  central Brazilian State of Goiás. The Company presents a unique and rare proposition due to the size and  number of its tenements as well as the high grade of its resource. Orinoco is ramping up production at  Cascavel on what we believe could be one of the highest-grade gold deposits in the world with what has  been described as possessing a ‘truly unique geology’. The management realizes they have something very  special and strongly thinks the Faina Project possesses the potential to have multiple world glass deposits,  one of which being the highly prospective Antena target. This belief appears to be also held by Brazil’s  largest gold producer, AngloGold Ashanti (ASX:AGG, “Anglogold”), who purchased an effective 19.6% (including options) holding in the company’s share register last year. The project has been referred to as a  ‘journey of discovery’ by the new board and management as they move to turn 2 years of  underperformance into the very real success story that Empire believes OGX is. 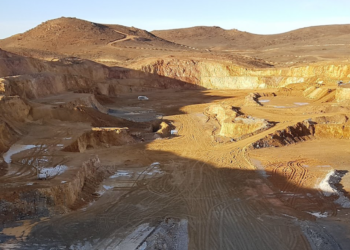