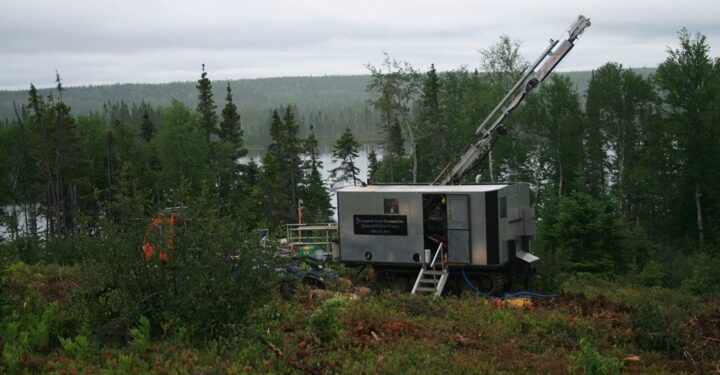 “Our methodical approach is paying off as we continue to intersect and extend the interpreted high-grade shoots that lie within the larger envelope of gold mineralisation.
“With high-grade gold existing in all known zones within an area at least 700 m in strike, up to 200 m in width, and at least 250 m vertical: the potential to link these zones as well as expand the footprint of the Moosehead system is high.

“Drilling will continue with two rigs and arrival of the barge rig on the property is expected to be two – three weeks.

“The barge is ready and will be mobilised immediately on receipt of the Water Resources permit, which is the only permit outstanding. We will be posting all Phase 6 drill hole summaries on our website as soon as compilation and updating of sections and plans are complete.”

While waiting on assays for South Pond the drill was relocated to the 75 Zone to assess the southern extension of the Eastern Trend.

At South Pond, ongoing drilling has defined a steeply-plunging, high-grade core within the moderately to steeply east-northeast dipping mineralized zone. Modelling of the area suggests that South Pond is possibly a splay off the Eastern Trend structure to the east, with many similar characteristics to the original

Footwall Splay at North Pond. This interpretation bodes well for continued exploration between South Pond and Western Trend (approximately 250 m corridor) not only for gold mineralization on the main structures but for repeating splays as well.

Previous drilling in the Eastern Trend intersected gold mineralization on structures both above and below the main mineralised envelope. Ongoing close-spaced drilling of the Lower Eastern Trend indicates that there is more regularity and predictability to these intersections. The upcoming barge-based programme will be key to assessing the up-plunge potential and whether these structures prove to be additional high-grade splays and or parallel structures. 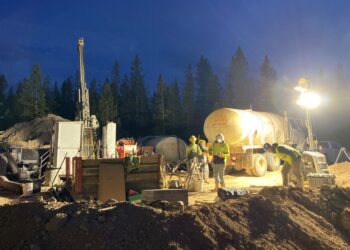