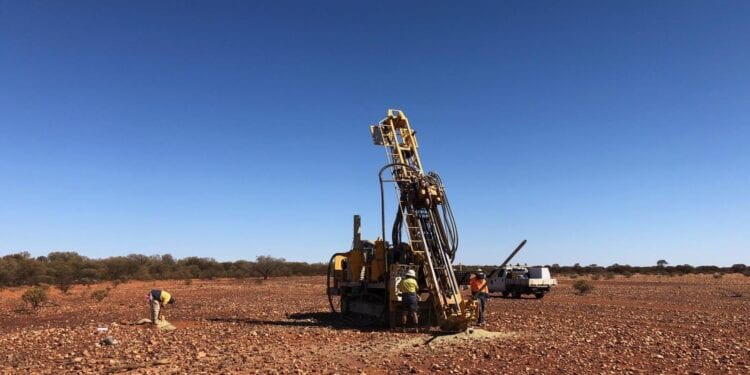 The company has secured the remaining 30% of E45/2032 (having previously held 70%) from Maverick Exploration Pty Ltd, an unrelated vendor, in return for the issue of 1,800,000 new fully paid ordinary shares in the company free of all encumbrances.

Rumble now holds a significant land holding in the Fortescue and Paterson Provinces of the East Pilbara Region, with interest in three projects comprising an area of 2738.6 sq. km. Projects include:

Rumble acquired in April 2017 the rights to the Braeside Project, which hosts the small-scale high-grade Ragged Hills mine that produced high-grade lead, zinc and silver up until 1959. Prior to Rumble’s acquisition no systematic modern exploration had been completed at Braeside.

The first phase of systematic exploration commenced in May 2017 and over a period of three years, and multiple phases of exploration, Rumble has generated 45 Zn-Pb-Ag-V-Cu priority targets, all capable of significant discoveries.

In late 2020 Rumble drill tested a number of targets resulting in the discovery of significant widths of copper VMS type mineralisation at the Camel Hump prospect and high-grade galena mineralisation from surface at the Barker well prospect highlighting the potential for a “cluster” of camp scale base metal deposits at Braeside.

Rumble considers the potential for VMS style base metal deposits associated with a new province has been considerably upgraded based on the style of copper mineralisation seen at Camel Hump.

Of great significance is Rumble’s Warroo Project that lies some 30km to the southeast of Camel Hump. Rumble has reported previously the high prospectivity for VMS deposits associated with the Warroo Hill Member Synform. See image 2 for location of Warroo Project.