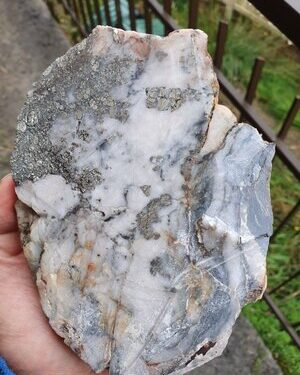 The company has now deployed a diamond drilling rig at the project capable of drilling deeper diamond core.

The RC drilling programme was designed to test near surface targets demonstrated as being prospective from either reconnaissance soil sampling or shallow historic mining with a notable gold production history.

A total of 20 holes for a total of 1,164 RC metres were drilled from four project locations.

Geological logging of the RC chips shows the drilling intersected numerous quartz reefs down hole that vary from around one metre to several metres in width. The reefs near surface are completely weathered, however textural evidence demonstrates that some quartz fragments exhibit weathered sulphide mineralisation. Pyrite alteration existing as a ‘halo’ is found surrounding many quartz intersections, a common feature of mesothermal gold deposits in central Victoria.

Approximately 276M of drilling was logged as containing equal to or greater than 20% quartz, and approximately 132M were logged as containing 80% or greater quartz.  Assays are now pending for all holes and results will be announced when the assays are received and reviewed by the Company.   All information gathered is expected to be utilised by the company to build a geochemical and structural model for the Yandoit Goldfield to better manage further regional exploration efforts.

President and CEO, Martin Walter, said the company anticipates that the results of the RC drilling programme will provide a greater understanding of gold endowments and distribution in EL5193 and throughout the Yandoit Goldfield, and the associated mineralisation of related elements, including controlling fault geometries and their relationships with host lithology. The preliminary results are expected to be integrated with the upcoming diamond drilling data.

“Pending release of initial results from the assay laboratory, the company considers these qualitative results to date as highly encouraging and recognises this initial campaign as being productive despite difficult conditions of protracted rain throughout Victoria, with 2021 being one of the wettest winters in more than ten years,” Mr Walter said.

The company plans to commence diamond drilling in the coming week beneath the historic Golconda Mine. Historic reports indicate that gold was produced across a long and punctuated mining history, believed to be sourced from a quartz lode up to 10m wide, with narrower widths worked within the ‘bulged’ quartz lode shoot.  Target generation is dynamic, with the diamond drill capable of drilling to depths of 500m,, allowing testing below historic workings.

The diamond drill programme is also expected to drill test below many of quartz reefs that were intersected in the just completed shallow RC programme. A total of up to 2,000m of core drilling has been planned for this initial phase.