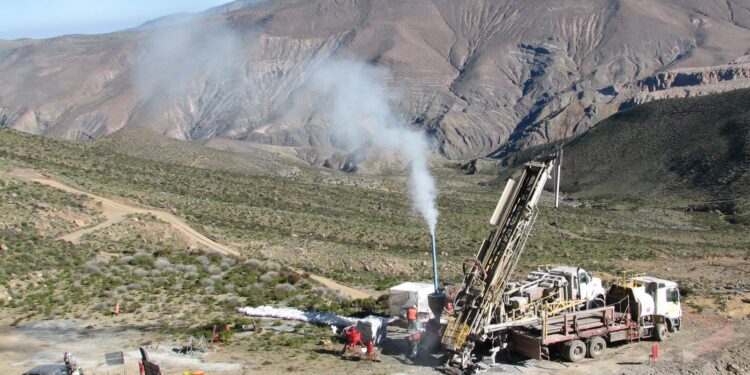 Drilling has expanded the corridor through the Newmont gold resource area at Kada from 4.7km to 15km.

“We expect to commence a second round of resource definition drilling at Kada in September. As well as infill drilling within the Newmont gold resource area, Golden Rim plans to utilise an RC drill rig to test priority target areas along the bedrock gold corridor.

“Any additional mineralisation in the initial drilling is expected to be included in the maiden Mineral Resource, which is on track for delivery this calendar year.”

Golden Rim recently completed a regional auger drilling programme (30,506m for 2,921 holes) at Kada to explore for gold mineralisation outside the Newmont gold resource area. New assays for 1,782 holes (18,904m of drilling) are reported in this announcement.

All assays for the auger program have now been received. The new auger results significantly extend the broad, north-south-trending corridor of anomalous bedrock gold in the western portion of the Kada permit from 4.7km to 15km

The gold mineralisation at Siguiri Mine and Kada is similar. Gold is associated with quartz – sulphide – tourmaline stockwork veins and hosted in turbidite sequences that comprise pelite and greywacke rocks. Weathering is deep with soft saprolite (oxidised bedrock) extending to >100m below surface.

At present, the Kada bedrock gold corridor extends for 10km north and 4.2km south of the Newmont gold resource area.

A priority for follow-up drilling is an area of new anomalous auger gold results and historical anomalous soil gold results (up to 2,265ppb gold) located 3km to the south of the Newmont gold resource area and adjacent to a small granite intrusion.

This suggests the gold corridor is still open to the south and Golden Rim’s Bamfele permit boundary is located 3km further south of this auger line.

Approximately 1km east of the Kada gold corridor, Golden Rim has defined a parallel 3km long zone of bedrock gold. At the northern end of this zone, auger results up to 1,880ppb gold and Newmont soil results up to 22,470ppb gold (22.5g/t gold) have been obtained.