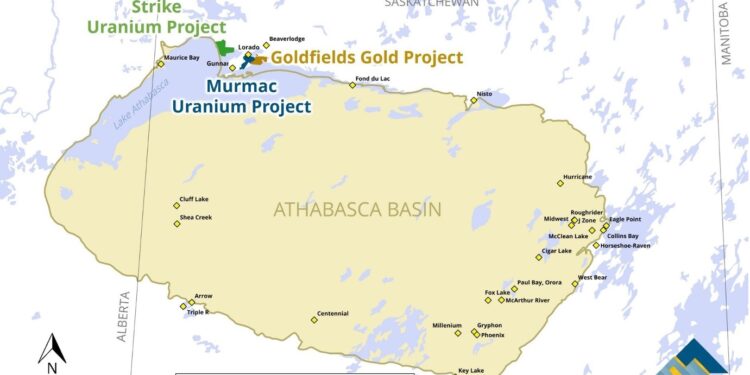 “We are pleased to announce an initial set of drill targets for Murmac which have the potential to yield a discovery of high-grade, basement-hosted uranium mineralisation related to the Athabasca Basin,” CEO, Dale Verran, said.

“The maiden drilling programme, scheduled to commence shortly, is planned to test an initial eight to ten targets along three prospective corridors. We look forward to reporting drill results for Murmac, in addition to results from the ongoing drilling at the Strike Uranium Project.”

Drilling of the initial target areas is expected to commence in the coming days following completion of drilling at the Strike Uranium Project. The Company has the required permits for the planned exploration activities.