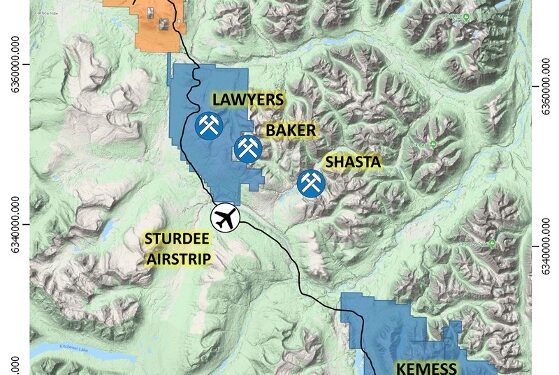 Thesis Gold Inc. (TSXV: TAU) has commenced a fully-funded exploration programme that will include up to 50,000 metres of core drilling at the company’s flagship 178 sq. km Ranch Gold-Copper Project, located in the Golden Horseshoe of north-central British Columbia, Canada.

“We are extremely excited to begin this major 50,000-metre drilling campaign. Our group has evaluated all datasets collected last year and the technical team has developed many prospective targets that will be drill-tested in the coming months,” Mr Webster said.

“Given the successes of last year’s maiden drill programme, we are confident that additional discoveries are probable this season and we look forward to communicating our progress as the programme advances and sharing results as they become available.”