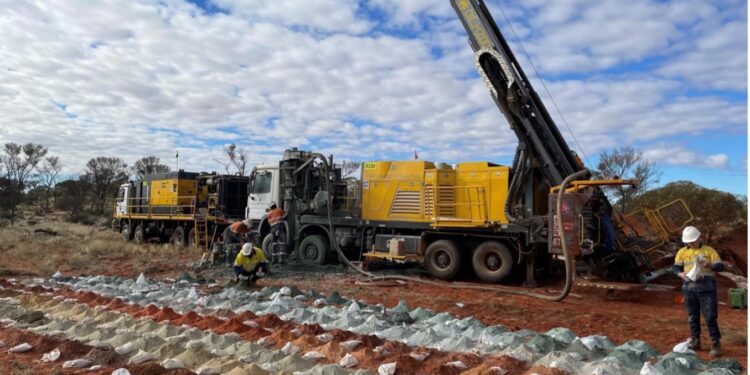 Western Australian gold explorer BMG Resources Limited (ASX: BMG) has commenced the next phase of drilling at the company’s 100% owned Abercromby Gold Project in the north-eastern goldfields of Western Australia.

Abercromby is one of BMG’s three highly prospective, 100%-owned gold exploration projects in the Tier 1 mining jurisdiction of Western Australia. BMG’s other projects are Invincible in the Central Pilbara and South Boddington in the State’s Southwest.

The programme comprises some 6,000m of planned drilling combined across 18diamond and reverse circulation (RC) holes, designed to further test the nature and continuity of known high-grade gold mineralisation at the Capital Prospect.

Drilling to date has recognised a number of gold zones or lodes at Capital with multiple thick high- grade gold intersections that include:

Managing Director, Bruce McCracken, said mineralisation in these gold zones is interpreted to be open in all directions with potential extensions to the north, south and at depth being of priority interest.

“We’re very excited to be getting back out at Abercromby with this major, important field work that follows our maiden drilling campaign in December 2020,” Mr McCracken said.

“This 6,000m drilling programme has been made possible thanks to our recently completed $4 million capital raising, so I would like to take this opportunity once again to thank our investors for their participation and confidence in BMG.

“We look forward to bolstering our understanding of Abercromby through this campaign and to update the market as our results come to hand.”

The next phase of drilling will focus on:

The drill programme will also include the initial testing of a number of exciting targets identified from arecently completed SAM geophysical survey.

The SAM survey mapped the structural corridor that hosts the known high-grade mineralisation at Capital with extensions to the mineralised trend interpreted along strike and at depth.

Titan Completes Sale Of Zaruma Mine And Portovelo Process Plant