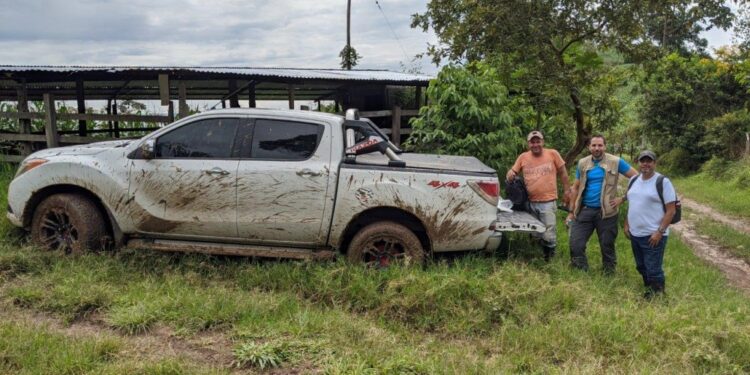 “We continue to show the exceptional potential for silver-gold mineralisation within our property boundary,” he said.

“Our geologic model continues to deliver targets and demonstrates the most prospective zone of the Colonial Santa Ana-Frias silver district occurs on the Atocha property. The number of vein exposures discovered at Atocha since we acquired the project is perfect evidence of this.”

Chip samples collected at surface from outcropping vein exposures returned grades of up to 401.6 g/t Ag and 13.93 g/t Au at surface. The highest silver and gold assay results were from a series of parallel vein exposures (Veta 8) and outcrops discovered following the inferred trace of the known Tavera-Rancho Viejo veins. To date, the vein system has returned consistently high silver and gold grades over a strike length in excess of 1,000m, and it remains open in both directions.

The vein system at Tavera-Rancho Viejo-Veta 8 strikes northeasterly as the dominant direction of veins, even though a NNW-SSE conjugate system is also recognised in the area. Newly discovered vein occurrences show widths in outcrop from 15cm to >30cm. Further work is scheduled to continue to follow these zones along strike to define areas where these veins can show higher Ag and Au grades and widths.

Baroyeca geologists have also delineated large zones of sericitic alteration locally with over >10% disseminated sulfides (pyrite) south and west of the main veined area. Assay results returned anomalous gold and silver values in these zones and are interpreted as hydrothermal alteration (argillic) associated to a late epithemal event, with the potential vectors for that type of gold mineralisation.

Baroyeca’s field team is now focused on the Tavera-Rancho Viejo zone, coincident with a large deformation corridor, while it works to receive permits from landowners to access other priority zones of the property.

Baroyeca has applied for drilling permits for the 2021 drilling programme, which will seek to expand and better define both the La Ye and Veta Grande zones while target development progresses in the Tavera-Rancho Viejo area. Drill holes will include step-outs to define the potential high-grade shoots.