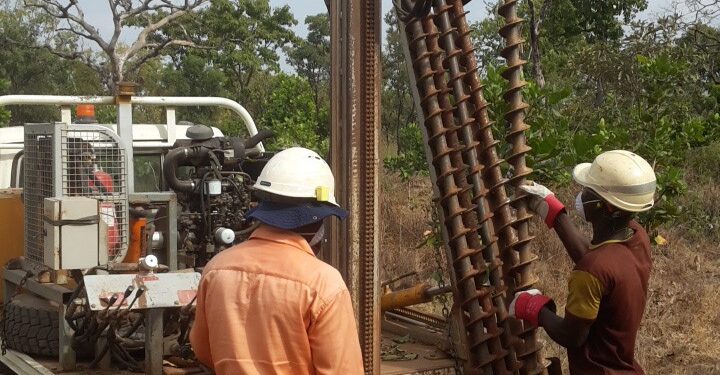 “The recognition and significance of this >5km copper anomaly with associated gold is a result of the recent discovery of IOCG style mineralisation at Charger, this has given us the exciting opportunity to place such anomalism in context using new interpretation and a new mineralization model at Odienné,” CEO, Glen Parsons, said.

“Since Awalé acquired the Odienné Project and commenced exploration, the company has been aware of significant base metal anomalism within the greater Odienné project area. Now, with this new understanding comes the reinterpretation of Odienné targets which has created significant excitement as to the potential scale of mineralization around these current prospects and the greater Odienné Project, as we advance our exploration focus.

“We look forward to rapidly developing these current targets through further geophysics, geochemistry and drilling as the monsoon rains abate.”

Detailed geochemistry has been completed over just 25% of the granted permit area and has delineated gold and/or copper anomalism at all prospects sampled so far, as well as leading to the Empire high grade gold discovery.

Further high-grade gold intercepts have been recorded in all drill programs completed to date. There are at least three new targets to follow up within the 5km anomaly discussed in this release, as well as other prospective areas within the permit area that contain significant stream sediment anomalism as well as artisanal mining zones.

During the monsoon season the company plans to continue mapping and geochemistry over these targets with a view to flying aerial magnetic and radiometric surveys followed by trench and drill programs from late Q3 to the end of the 2021 year.

Awalé is using an IOCG model as the setting for the Odienné Projects which consists a suite of volcanic and volcaniclastic rocks of basaltic to intermediate composition that are intruded by a series of late plutons. The project area sits on the margins of an interpreted deep seated major crustal structure that extends from Cote d’Ivoire westward into Guinea for over 200km. Recent studies show that a large igneous intrusive province has formed along this structure, and this province extends through Odienné.

This along with the occurrence of copper and gold anomalies within iron oxide and potassic alteration in the Odienné permit area has led to the company to postulate an IOCG model to explain the Cu-Au anomalism withing the project area.