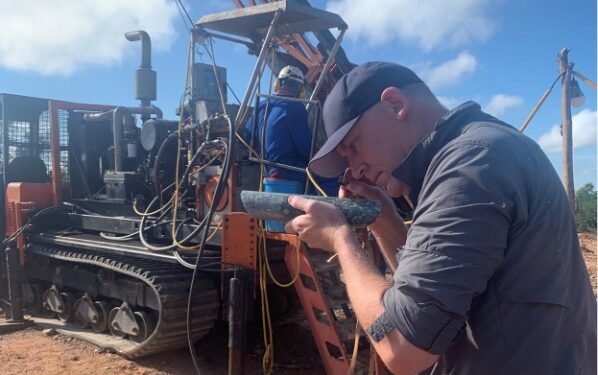 Re-assaying has significantly upgraded drilled intervals in some sections, which suggests the presence of coarse gold, further adding to the very high-grade, and significant nature of these intervals at El Pilar from near surface.

Negotiations have commenced to establish a joint venture between subsidiaries of Antilles Gold and the Cuban Government’s mining company, GeoMinera, to which the 17,800ha El Pilar concession will be transferred from the company’s existing Exploration Agreement with GeoMinera.

The existing concession is currently being divided into two separate concessions with the same boundaries. The first will allow mining to a depth of 100m on the gold-copper oxide deposit, and the second will allow mining to any depth below 100m on the large underlying copper-gold porphyry system which is currently Antilles Gold’s primary target in Cuba.

The company is also negotiating to expand the oxide concession to cover adjacent areas where extensive artisanal mining in the past is an indicator of the reasonable prospect of increasing oxide gold resources in the future.

“As soon as the basic terms of the joint venture have been established, Antilles Gold will subscribe approximately US$2M of equity to the joint venture company to be expended on a 10,000m shallow drilling programme on the oxide deposit to establish JORC Resources, and on sufficient metallurgical test work to complete an accurate Scoping Study for an open pit mine designed to produce gold and copper concentrates,” Executive Chairman, Brian Johnson, said.

“Based on the results from the recent exploration programme, and from 28,000m of historic drilling of the oxide deposit, the company is confident that a relatively small, but gold-rich, mine could be developed next year, and funded primarily by advances for contracted concentrate sales.”

With respect to the porphyry concession, a preliminary drilling programme of five cored holes to a vertical depth of approximately 600m will commence as soon as the current Ground Magnetics and Induced Polarisation surveys are completed and have been interpreted in around six to seven weeks. This work will be undertaken at Antilles Gold’s cost as part of the review process for potential projects as set out in the Exploration Agreement, and be refunded from any future development

Subject to the results of the preliminary drilling, Antilles Gold intends to subscribe additional equity to the El Pilar joint venture to enable a 20,000m drilling programme, and associated metallurgical test work to be carried out from around July 2023.

Antilles Gold intends to raise funding for its joint venture equity and the proposed drilling programs in a manner least dilutive for shareholders.