No Result
View All Result
Home Base Metals 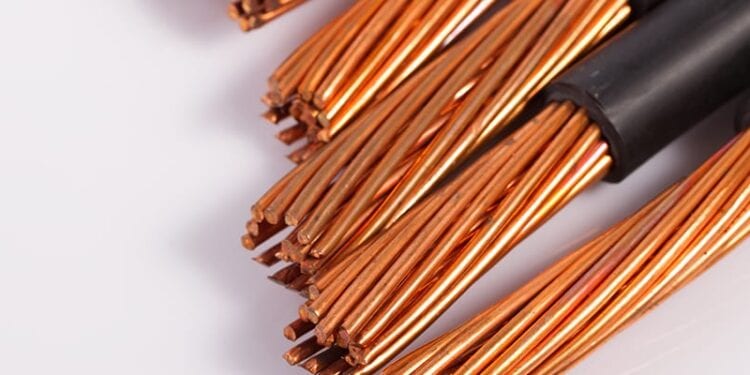 Copper’s price resilience over recent years, despite near-term uncertainty related to Trump-inspired trade sanctions, is a reflection of sound copper market fundamentals. Demand is being driven by both traditional and new-age applications, whilst the supply-side reflects challenges around a market that’s heavily reliant on ageing mines. This suggests a continuation of copper’s impressive price performance that had its genesis back in late 2015…

A cursory glance at a graphic of copper’s recent price performance shows a metal that’s effectively been in a bull market since a broader commodity market low in late 2015/early 2016, which coincided with a bottoming of negative sentiment related to a perceived Chinese economic slowdown and a somewhat sluggish world growth picture.

Copper’s price recovery also has significance from a broader perspective, because of the metal’s more general value as a barometer of economic health, being a staple of construction and infrastructure building. Its gains have coincided with increased optimism about the state of the world economy and more optimistic growth forecasts.
More recently though we’ve seen somewhat of a consolidation in copper’s price performance, which in many respects is a reflection not of any underlying change in copper’s bullish thematic – but rather a response to a somewhat rejuvenated US dollar. The impact of higher interest rates is an increase to both the cost of carrying inventories, as well as long positions.

The declining value of the US currency throughout 2017 had been broadly supportive of virtually all commodities, effectively making them cheaper in terms of other currencies. However recent US rate increases have provided some support for the US dollar. Nevertheless, the contrasting fortunes of copper versus the US dollar over the past 12 months are clearly evident in the graphic below.

Copper is also currently grappling with political-related uncertainty, something for which markets have a particular distaste. The Trump administration recently announced a 10% tariff on aluminium and a 25% tariff on steel, combined with US$60 billion in protectionist measures aimed at China. Whilst many believe (and hope) that we won’t reach the depths of a full-blown trade war, the near-term impact on key commodities like copper has been pronounced. Tariffs and subsidies are political instruments that interfere with free market price action in copper and other materials, whilst protectionism impedes the flow of free trade and can distort supply and demand fundamentals.

Therefore, it’s not surprising that copper’s price performance has been somewhat subdued over recent months, as the graphic below illustrates. The current level of technical resistance in the COMEX copper futures market stands at $3.4445, the metal‘s late 2013 peak.

It’s my view that the bullish thematic for copper remains firmly in place, based on a very sound outlook in terms of demand-supply fundamentals. I’ll address what I consider to be the key elements impacting the overall market situation. Firstly, growth in copper metal demand will be driven by robust gains in building copper wire and tubing, increased investment in electric power wire and cable, and advances in durable goods manufacturing output. Global demand for copper metal is likely grow by around 4% annually for the next few years on the back of robust gains in building construction expenditure, which will boost the use of copper wire, tubing, and other mill products in applications such as building wiring and plumbing.

Meanwhile, increased infrastructure investment, particularly in developing countries, will further benefit copper suppliers, as updates to national power grids drive the production of wire and cable. In addition, advances in global manufacturing output are likely to bolster the use of copper metal in transportation equipment, industrial machinery, domestic appliances, and other durable goods. Not surprisingly, China drives the global copper metal market, accounting for more than two-fifths of world demand. The country’s massive building construction and electrical and electronic sectors consume huge volumes of copper in the production of electrical wire, pipe, personal and business electronics, as well as telecommunications equipment. Strong domestic output of motor vehicles, industrial machinery, and household appliances will continue to support copper demand in China.

And keep an eye on India, which is forecast by many market-watchers to register the fastest gains of any major copper metal market over the coming years. Robust increases in domestic building construction activity, driven in part by an expanding urban population and government investment, will underpin gains in Indian copper consumption.

In terms of new-age applications, copper will also have an even more important role in the growing EV infrastructure and water infrastructure sectors.
According to International Copper Association (ICA) research, growing numbers of plug-in electric vehicles (PEV) will drive demand for more than 40 million charging ports by 2027 and it’s predicted that more than 100,000 tonnes of copper will be needed to satisfy the demand just in port charging cables, charging units and wiring to electrical panels. Whilst the global PEV population currently represents just 1%-2% of current global car sales, this will likely increase to 58 million by 2027.

Copper is also likely to be a major beneficiary of the growing global water crisis. ICA research has identified that copper use in water and waste water utilities could grow to 260,000 tonnes per year by 2027. Copper already exists in large quantities throughout the water utility segment, however, as the spotlight falls on improving efficiency measures and replacing ageing infrastructure, the current demand level of 39,000 tonnes is set to grow rapidly.

Finally, let’s turn our attention to some major supply-side headaches for the copper industry. The graphics below formed part of the presentation by Richard Adkerson, boss of Freeport-McMoRan, at the recent BMO Capital Markets conference in Florida. The essence of his talk was the supply headwinds impacting the copper industry, which ultimately provides another fundamental plank for a bullish copper market outlook.

What the graphic reflects is that steady copper supply is dependent upon a few giant deposits that were discovered many generations ago and have been mined for decades. Calculations show that the median age for 2017’s top-ten copper mines in terms of production is 95 years and the ten largest mines constitute nearly 25% of annual world production. Applying a cut-off for 2017 of 400ktpa, only one project – Oyu Tolgoi’s underground expansion – will enter the top ten in the coming decade. The Mongolian mine is expected to reach peak production of 560ktpa by 2025, following a $5.3 billion investment from Rio Tinto.

The latest data from the International Copper Study Group (ICSG) reflects this reliance on ageing mines. It points to a 21% year-on-year widening in the global deficit of refined copper, as refined supplies have remained stagnant. During 2017, the global refined copper balance slid to a deficit of 163,000t – compared with 135,000t recorded during 2016.

ICSG data shows that global mine output fell by 2% to 20 million tonnes during 2017, mainly attributable to a 1% decline in Chilean production (the world’s largest producer). Meanwhile lower grades at mines in Argentina, Canada, Mongolia and the USA resulted in 59%, 14%, 14% and 12% fewer tonnes of copper produced respectively. Global refined output during 2017 rose by 0.6% to 23.5 million tonnes, whilst primary production declined by 0.15% and secondary production (scrap) increased by 4.5%.

Summary
Copper’s price resilience over recent years, despite near-term uncertainty related to Trump-inspired trade sanctions, is a reflection of sound copper market fundamentals. Demand is being driven by both traditional and new-age applications, whilst the supply-side reflects challenges around a market that’s heavily reliant on ageing mines. This suggests a continuation of copper’s impressive price performance that had its genesis back in late 2015. Realistically, producers are likely to need a base-case copper price of at least $3.00/lb to maintain production and implement expansions to provide enough supply to satisfy growing demand.

Why It’s Time to Get Bullish on Base Metals