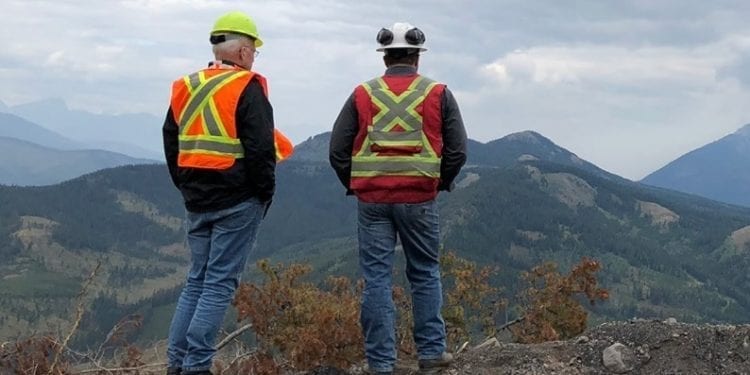 For Pacific Road, the  ASX has proven to be a supportive route to realise a number   of  our  investments.  Deep market support for our portfolio companies has materialised in two cases – one an emerging mid-tier company,  and the other a  dividend-generating  service   company, in each case resulting in a significant portion of the company being marketed and sold in a day. Let’s examine the factors underlying   these   pockets   of   liquidity.

It’s clear that ASX mining investors today currently place a premium on trading liquidity and diversification, more so than growth or breakout potential. This is driven by institutional investors’ desire to be able to invest in size, but also to be able to retreat quickly if an investment thesis gets off track.

Looking at the breakdown of the ASX mining universe, a few large companies comprise the vast majority of the total market capitalisation. The top 10 companies, all greater than $5 billion in market capitalisation, are 83% of the industry’s total market capitalisation. They are highly liquid, and likely to be in most managers’ portfolios. The next 57 companies make up the next 13% of the market capitalisation – the mid tier, and the remaining 400+ companies total the remaining 4-5%. This creates a very limited universe for large public market investors seeking out performance in the mid-tier to position for outperformance above the large cap benchmark names. When there’s an ability or trigger to invest, our recent experience has shown us that this interest can materialise in significant size. At Pacific Road, we have used this to realise a few of our highly concentrated ownership positions as our listed portfolio companies have matured or hit milestones that set up the next phase of their journey.

Our investment in Aurelia Metals is one good example. From 2013- 2016, our initial investment helped bring the Hera mine in the Cobar Basin into production. From 2016 to today, the strong management team moved rapidly through commissioning to create a steady cash flow producer, rapidly paying down construction debt across 2016 and 2017. Despite the company’s demonstrated ability to deliver results, the market did not take notice of this smaller company performing well. It took scale and diversification to mobilise significant interest.

In  2017,  Aurelia  acquired  the neighbouring Peak Mines complex, doubling the size of the company, moving from one mine to two, and consolidating valuable ground in the Lachlan Fold Belt of New South Wales. General investor interests in Aurelia soared as ASX investors recognised the increased scale, diversification, and higher trading volumes that Aurelia presented. This enabled Pacific Road to place our 37% ownership position into this rising market interest in one clean shot. To put that into context, in a day, the market absorbed a block that was equal to the company’s entire market capitalisation four months prior. This now- higher free float has increased liquidity and has helped spur a continued run for Aurelia investors, without the spectre of overhang from a concentrated owner selling down over a prolonged period.

A similar jump in market depth happened around the realisation of our investment in Pacific Energy in 2016, when we sold a large ownership position that was roughly four times the total traded volume in the preceding 12 months. The market depth here was driven more by a strong, defensible business model being delivered into a receptive market than by a mid-tier rerating. Our early investment in Pacific Energy helped a founder-led private company obtain a public listing and embark on a growth plan. Pacific Energy consistently achieved longevity in its revenue base through delivering reliable and cost-effective power to its customers, and this in turn supported a reliable dividend for its investors. As the dynamic new CEO explained this model and the company’s growth plans to the market, ASX investor demand grew to the  point  that  our  exit  was  facilitated.

Today, the shape of the ASX mining universe and solid demand for strong mid-tier companies persists. We are working on a number of opportunities to grow mid-tier resource companies, and are on the lookout for robust, cycle-defensive service businesses. Over the next two to three years we expect   to see continued M&As between single- asset producers as they seek to combine for scale and market recognition, and a continued reshuffling of portfolios by larger companies as they seek to lever- age their scarce management resources. Private equity firms like Pacific Road will show up increasingly as buyers in take- private and carve-out transactions, as strategic funding partners around large- scale M&As. Furthermore, as sellers on the ASX, in sponsor-sponsor transactions, and in sales to strategic partners.