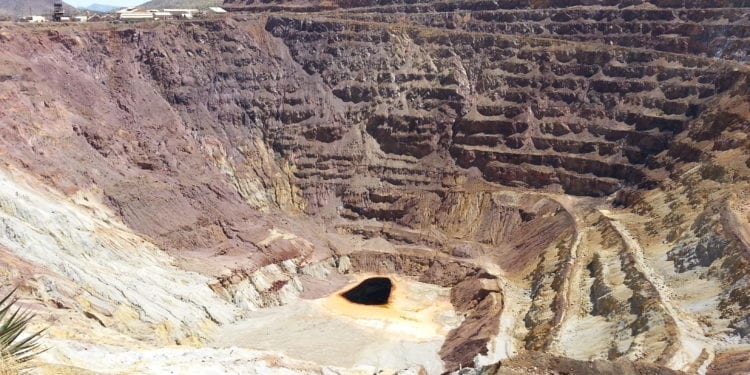 During a recent episode of the popular “At the Bar with Brent Cook and Mickey Fulp” video series, our host Kelly Earle briefly mentioned a long-lived truism practiced by real economic geologists: “Drill it to kill it”.

Her interjection got me to thinking about the junior resource sector and how drastically our business has changed since it emerged from the post-Bre X debacle in mid-2003. The thought process led me to ask the unholy trinity of me, myself, and I a pointed question: What the hell ever happened to “drill to kill”?

How many of the current, mostly unsavory horde of nanocap, penny-crapper “mining stocks”, most of who only mine stock market speculators, continue to utilize this tried and true exploration methodology to evaluate their projects?

And collectively, we answered with no apparent dissent from the peanut gallery, “A very few”.

“Drill to kill” was a universally accepted mantra that guided three generations of exploration geologists. However, it has been all but abandoned over the past 15 years. So the next set of questions we must ask is, “How, why, and when did this happen?” And what is the remedy?

I submit that NI 43-101 regulations promulgated in response to the series of gold stock frauds culminating in Bre-X in 1997 are the main reason. These much needed regulations were designed to establish standards for reporting of technical project data and they certainly accomplished that goal. But they also led to unintended collateral damage to the venture capital resource market.

This is in stark contrast to prior bull market cycles where a successful junior company would have a portfolio of several projects and a pipeline of prospects in various stages of exploration.

In the 11-year boom from 2003 to 2013, the market demanded flagship projects and the tabling of resources at an early stage of exploration. This led many companies to post loosely-constrained, geostatistical mineral inventories as “inferred resource estimates” after as little as two modest drill programs.

The net result was that most companies no longer had a reason to pursue reconnaissance exploration programs using new geological concepts, innovative exploration techniques, and/or prospecting in unexplored, under-explored, and covered terrains.

If juniors chose to follow the old model of grassroots exploration with a prospect and project pipeline, they were with few exceptions unable to raise funds required to carry-out said programs.

In other words, the best exploration geologists lost the incentive to do what the best of the best have always done best: think outside the box. The result was predictable: few world-class mineral discoveries have been made over the past 15 years.

The new market paradigm established for successful exploration juniors was combined with a litany of old projects with a long history of exploration, past development, or production, record-high commodities prices, and the ease of establishing and listing new juniors via a plethora of shells and capital pool companies. The result was a surge of listings on the Toronto Venture Exchange from the mid-2000s to early 2010s.

At the same time, a long bull market for commodities driven by double-digit GDP growth and massive infrastructure build-out in China resulted in tens of billions of speculative dollars pouring into the sector.

Given these concomitant positive factors:

For all these reasons, the long-proven model for junior company success of prospecting, acquiring, exploring, drilling, and either dropping or advancing multiple properties was abandoned. Most junior explorers no longer had the necessary project pipeline in various stages of exploration and development to be successful. They were wholly beholden unto the vagaries and vicissitudes of one flagship project.

So in order to survive as somewhat viable speculative vehicles, they abandoned the tried and true ideal of “drill it to kill it”.

In the latest boom from 2003 to 2013, drilling was often designed to merely extend the life of a project. Well-placed holes could provide additional market-pleasing grade-thickness intercepts. The drill, instead of the means to an end, became the way to facilitate another money raise and another round of drilling and another year of management salaries.

Twinning of previous holes, small step-outs from previous intercepts, multiple holes from different angles and directions from a single drill pad, recurring “new” geological interpretations of previous failures, and reinterpretation of old data were (and are) tricks used by management to keep a flagship project on life support when it should have been dead on arrival.

I submit that the institution of NI 43-101 regulations in 2001 has led to several ongoing issues that plague the junior resource sector:

As with all venture capital and entrepreneurial markets, success is an anomaly in the junior resource sector. Most exploration companies will find at some point that their flagship project is a failure and it cannot be developed into a mine. That is simply the nature of the business.

Therefore, I think it is incumbent upon management to reach the decision point to drop a project as quickly as possible and move on to other prospects.

In the past, these decision points were reached by employing a corporate philosophy of drill to kill. Few companies approach business in this manner anymore because they do not have a pipeline of plays in various stages of exploration to advance, drop, or add to the current roster.

There are far too few good projects and there are far too many bad companies listed on the Toronto Venture Exchange. This market has been capital destructive over the past 15 years and it is broken in its current form.

To achieve this, speculators must petition the TSXV to drastically reduce the number of listed companies. This could be achieved by promptly delisting all the zombie miners with negative working capital and removing the capital pool company option for public listing. Combined with natural attrition, the current problem could be resolved in relatively short order.

However, the Toronto Stock Exchange (TSX) and its junior market, the Toronto Venture Exchange (TSXV), are both a part of TMX Money Inc, a public company that is listed on the TSX. As such, it gleans significant revenues from the listing, filing, and regulatory fees collected from companies on the very exchanges that it manages. TMX Money has a strong vested interest in growing revenues and it does that by increasing the number of listed companies and/or its fee structure.

That seems to be a conflict of interest to me. Indeed, over the past few years the Exchange has shown no interest in pursuing these two obvious ways to improve the health of its market despite repeated petitioning by concerned stakeholders.

It’s kind of like trying to sell a snow cone to an Eskimo in the middle of the winter.

Oh how I long for those good ol’ days of “drill to kill”!