Everything to Know About the Manganese Mining Industry

The Assay’s Guide to Manganese Mining and Production 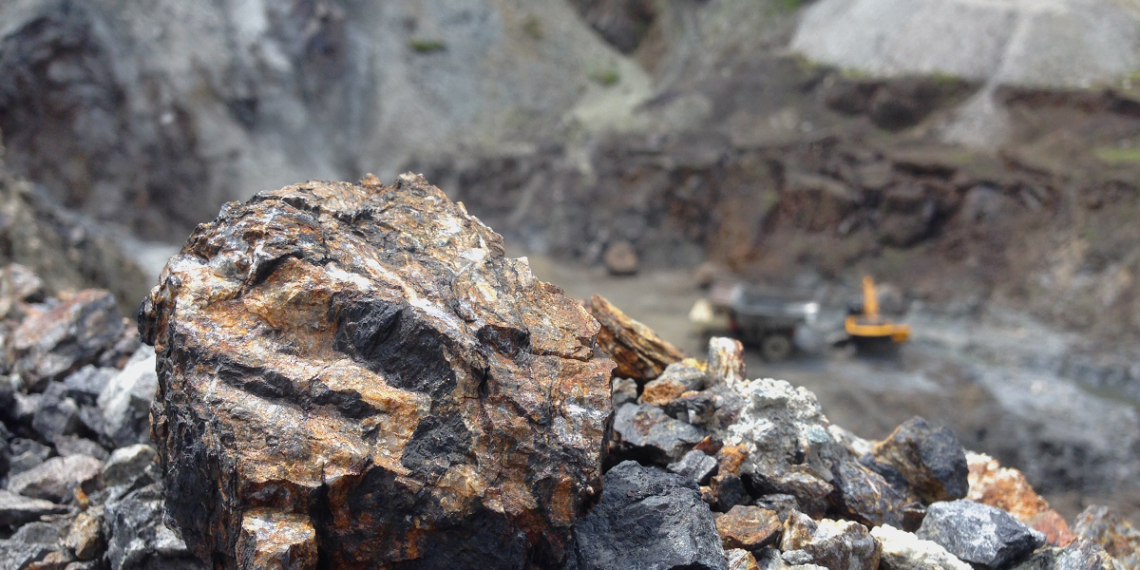 According to the Australian department for energy and mining, there are over 300 minerals that contain manganese compounds (Mn). Still, by far the most versatile and often economically significant are the manganese oxides, psilomelane, cryptomelane, pyrolusite, and wad (manganiferous earth).

Meanwhile, manganese nodules are small layered rocks mostly made up of iron oxide and manganese. These pebble-like rocks are often found in vast quantities and contain valuable metals such as cobalt, copper or nickel, making them appealing for cultivation.

Pure manganese is an extremely brittle, allotropic metal with a silver-grey appearance. It is not found as a free element in nature, but rather found in minerals in combination with iron. According to Britannica, a significant proportion of the manganese manufactured globally is used in the form of ferromanganese and silicomanganese alloys for steel and iron production. When manganese is added to produce an alloy, it results in a strong, hard, wear-resistant material.

As reported by Jefferson Lab, manganese was discovered by Johan Gottlieb Gahn, a Swedish chemist, by heating the mineral pyrolusite with charcoal. Currently, most manganese is still acquired from pyrolusite. Nevertheless, it is usually burned in a furnace with powdered aluminium or is treated with sulphuric acid to form manganese sulphate, which is then electrolyzed.

According to the Proceedings of the National Academy of Sciences of the United States of America (PNAS) approximately 80-90% of all manganese is consumed by the steel industry. On average, steel contains around less than 0.6 weight percent of manganese, in particularly high strength steels this might exceed 10%. Manganese is a crucial element in the production of steel, and its predicted future growth in steeling is only estimated to grow.

Reuters reported that the dominant cathode chemistry in the auto sector is nickel-cobalt-manganese (NCM). Manganese has therefore gained entry into the lithium-ion battery industry, maintaining a space as one of the key components of electric vehicle (EV) batteries. Manganese is essential to the growing EV market as it acts as a stabilizer in NCM structured lithium-ion batteries, ensuring the battery operates efficiently at high temperatures.

Failure to produce adequate amounts of manganese to cope with the inflating demand could risk the delay of transitioning to an all-electric fleet or even cause the price of EVs to surge, which will naturally also cause manganese prices to rise, directly affecting the automotive sector.

How is manganese mined?

The first and most common method of manganese mining is shallow open-pit mining. The Northern Territory mine, owned by South 32 (ASX: S32), is located on the island of Groote Eylandt near Australia’s Gulf of Carpentaria. The mine is one of the world’s largest producers of manganese and has generated more than 115Mt of manganese ore and concentrate since June 2018 by utilizing this open-pit mining method.

Manganese can also be mined underground, the Chiatura Manganese Mine, owned by Georgian Manganese LLC, located in the town of Chiatura, Georgia, utilizes both open-pit and underground mining methods to extract manganese.

Underground mining is often used when the manganese ores are too deep to mine profitably by open-pit methods. In return, this is the most important manganese ore, as it is a high enough grade to cover the more expensive underground mining costs. Britannica explains that natural manganese is processed by hydrometallurgical and electrolytic processes. ​​Meanwhile, ferromanganese and silicomanganese are manufactured by smelting ores, often in an electric furnace.

Where is manganese mined?

The Observatory of Economic Complexity released data placing South Africa as the world’s leading producer and exporter of manganese ore in 2019. The report found that South Africa holds some of the most important manganese deposits in the world, accounting for 30% of worldwide production and nearly 50% of global exports.

According to Statista, the production volume of manganese in South Africa was around 6.64M metric tonnes.

China is third on the list of the most substantial global producers of manganese. In 2017, a huge reserve containing an estimated 203Mt of manganese ore was discovered in Guizhou province. Therefore, China has positioned itself in a favourable position for manganese processing and mining, building on it’s already expansive level of natural resources. One of the most significant manganese mines in China is:

The value of manganese

The manganese market has experienced volatility over the years. The Assay reported price spikes in 2018 as a direct response to the news that Ningxia Tianyuan Manganese Industry (TMI) had received financing from the asset manager China Huarong that failed to meet regulations. As shipments were halted, the global price of manganese ore reached US$5.3 per metric tonne CIF.

However, S&P reported that manganese experienced an extreme low in 2019, with prices per dry metric tonne reaching as little as US$3.27. The reason for this was reportedly due to the global oversupply of manganese ore, further exacerbated by COVID-19, which reduced steel demand from the construction industry as many construction operations were delayed worldwide.

The DMTU price of manganese soared in Q2 of 2020 as pressure from the pandemic eased, but the risk of oversupply still loomed, causing prices to stabilize into Q3 and Q4.

The price of manganese has remained steady since late 2020 but is expected to rise in conjunction with increasing demand for electric vehicles.

The global manganese market is estimated to register a compound annual growth rate of over 4.19% during the forecast period (2022-2027).

The growth of the manganese market will be influenced by the growing construction industry that relies heavily upon steel use. Construction operations worldwide are expected to expand after the easing of the delays caused by the coronavirus pandemic.

Overall, according to the Institute of Civil Engineers, the global construction market is projected to grow by US$8T by 2030, driven predominantly by the USA, China, and India. Furthermore, the Asia Pacific is expected to dominate the growing construction industry with the rapid urbanization of developing countries.

The growing electric vehicle market will also influence the Manganese market growth, especially since cobalt and nickel typically have precarious international supply chains. The skyrocketing demand for electric vehicles has already posed supply chain risks to cobalt and nickel, particularly considering an abundance of cobalt mines are found in the Democratic Republic of Congo, which is often fraught with political and human rights issues.

According to an article by Grist, fearing a supply shortage, the U.S. Department of Energy is now suggesting that there should be a solution to eradicate cobalt and nickel from batteries entirely.

The Argonne National Library is also currently devising strategies to reduce the amount of nickel used in lithium-ion battery cathodes. They stated in a report that a manganese-rich cathode is less expensive and offers a safer alternative to one with higher nickel concentrations. Still, they stated increasing the lithium and manganese proportions will make the cathode more unstable.

Argonne researchers are designing and testing new cathode structures, coatings and electrolyte additives that could help address this issue.

The rise in electric vehicles and the resumption of construction activities across the globe is triggering healthy growth in the manganese market.

According to the USGS’s 2021 critical minerals revised report, manganese has a lower level of disruption potential, the USGS states the disruption level is calculated by determining whether the global production of the commodity is dispersed or concentrated in one singular country. The more dispersed the worldwide production is, the less likely political or economic instability of one particular country will cause major constraints.

Alternatively, the economic vulnerability of manganese is considerably higher, due to the possible elevated demand regarding EV’s and demand from the construction industry, which will provoke the price of manganese to inflate, especially if supply capacities cannot match the demand. However, the report states that the economic vulnerability may be alleviated by market mechanisms, such as substitution, that can decrease demand or, if high prices are maintained, develop innovative operations which increase recycling supply.

Despite being the fifth most abundant metal on earth, it is clear that there is a demand for manganese, and more and more people are researching for information on how to invest in the transition metal.

Due to being a key element in the global energy transition, predictions anticipate that manganese prices are set to, at a minimum, remain stable, if not increase, in order to cope with growing demand from the multitude of industries that utilize the commodity, including the construction and the automotive industries.

In previous years, the price of manganese has seen volatile movements, due to the ripple effects of COVID-19, and global oversupply. However, this appears to have evened out since 2019, and supplies are predicted to eventually fall into a deficit, leading to price increases worldwide. 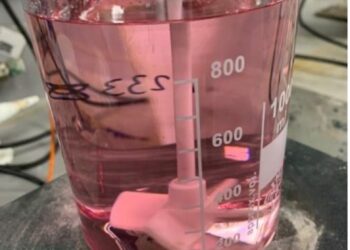 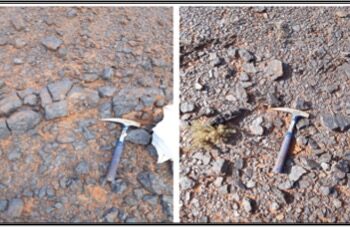 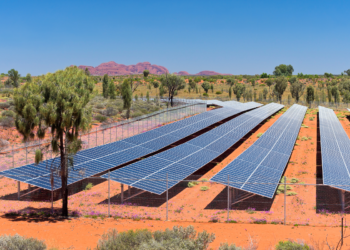 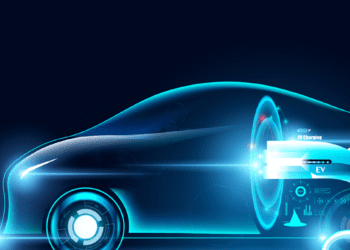