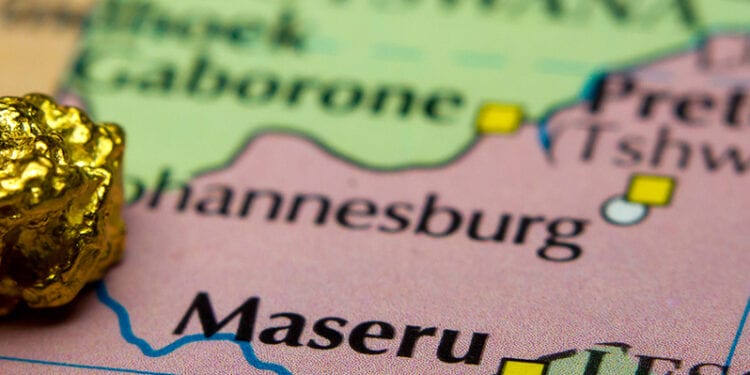 On 8 May 2019, South Africans went to the polls, and early results through at the time of writing indicate that the African National Congress, headed by Cyril Ramaphosa, will continue to govern the country with a reasonable majority.

This outcome, though not unexpected, is another signal to South Africans and the world that South Africa’s economic and governance pillars – though somewhat battered and bruised during the Zuma era – will try to recover. However, the road ahead will not be an easy one: President Ramaphosa has been at pains to point out that he will rid government and state entities of corruption, and that growth and competitiveness are necessary for the country to thrive and deliver to its patient peoples. He needs to demonstrate this. But as he acknowledged in his speech at his party’s final election rally, there will be many beneficiaries of earlier corruption who will fight against these efforts.

From the perspective of the South African mining industry, it is again well-positioned to be part of the economic transformation of the country, and is likely to have a seat at the table in determining its economic future. This already became clear at the beginning of 2018, when Cyril Ramaphosa assumed the presidency from Jacob Zuma, and made sweeping changes to the mining and economic portfolios in his cabinet. Together with the new President, the appointment of Gwede Mantashe as Minister of Mineral Resources, has brought about a significant boost of confidence in the South African mining sector. Recent announcements of significant investment in the country and planned new listings on the JSE could not have happened without these momentous changes.

The publication in March this year by the Fraser Institute of its 2018 survey of mining companies is further testimony to this: South Africa fares way better than it has done in recent years. This annual survey has come to be seen as an important indicator of investor perceptions of mining jurisdictions’ geological and regulatory standing.

In the Fraser Institute’s critical Policy Perception Index, which measures overall policy attractiveness, South Africa was ranked in 56th position out of 83 jurisdictions for which adequate feedback was received, compared with 81st out of 91 a year ago. This improvement, from being close to the bottom decile of the Index’s league table to about two-thirds of the way down, can, we believe, be attributed to the early impacts made by the shift of political leadership to President Cyril Ramaphosa and Mineral Resources Minister Gwede Mantashe, on the country and on the industry, in 2018. It was also made possible by the constructive and assertive inputs of the Minerals Council in the debates. The strong stance taken by the industry through the Minerals Council on engaging robustly and constructively, and in fighting unethical leadership and bad policy has also helped shift the dial.

But the period was not without its challenges, and the most significant of these was undoubtedly the failure of Eskom, our national power utility. Not only has Eskom been unable to honour its current commitments to energy supply, but its uncompetitive price increases are having serious impacts on customers’ cost structures.

Almost one-fifth of South Africa’s economy is dependent on the mining sector. A predictable and reliable electricity supply and a long-term, forward-looking view on stable prices are key to enabling electricity intensive mining projects to be developed and sustained, and to supporting the continued beneficiation of South Africa’s mineral resources.

The mining sector is both a supplier of primary energy to generate electricity (>90%) and a large consumer of electricity, consuming more than 30% of total electricity supply if smelters and refineries are taken into account.

The cost of electricity constitutes a significant component of total input costs in mining, particularly in the deep level gold and platinum sectors.

Between 2006 and 2017, South Africa’s electricity tariffs increased by 488% across all categories and industries. Over the same period, the mining industry experienced increases of 523%, the highest increases experienced by any sector. The average electricity tariff increase of 15.5% annually between 2008 and 2017, reduced fixed investment by a cumulative R103.2 billion and contributed to the loss of around 53,500 mining jobs – about a third of these jobs lost can be directly attributed to the increases in the cost of electricity.

The National Energy Regulator of South Africa has approved annual electricity tariff increases amounting to a compounded increase of 9.0% over the next three years. While we recognise Eskom’s funding needs, we were exceptionally disappointed to again see higher-than inflation increases being granted. There is no doubt that these substantial tariff increases will have a major impact on the industry’s cost structure, jeopardising the viability of marginal and loss-making mines and, inevitably, accelerating job losses at energy intensive mines in particular.

Decisive action on Eskom is being taken, although the results may be slower than we would have liked: A much stricter position is being taken relating to cost variables at Eskom, weak governance and management is being dealt with, and the structural changes proposed by President Ramaphosa in his State of the Nation address earlier this year are slowly being put into effect. While these measures will take time to deliver results, it is hoped that they will mitigate the consequences of the excessive tariff increases since 2008, including the impacts of state capture and other forms of gross mismanagement.

For its part, the Minerals Council and the industry continue to make a contribution to Eskom’s turnaround. The Minerals Council’s has provided significant support to the engineering task team set up to assess challenges at Eskom’s power stations. In recent months, this task team has been conducting technical reviews at some of Eskom’s power stations with a view to identifying problems and solutions. This is a tangible demonstration of leadership and a manifestation of real commitment to the future welfare of our country and our industry.

Another critical area of bringing certainty to the mining industry has been the (near) finalisation of the third iteration of the Mining Charter.

A declaratory order judgment obtained in April 2018 in respect of continuing consequences (as these relate to existing black economic empowerment transactions) was most significant. More important though, was the way the industry – through the Minerals Council – was able to engage with Minister Mantashe and the DMR in the lead up to the publication in the Government Gazette in September 2018.

We are broadly supportive of the Charter published in September 2018. The industry recognises that the Charter is a central tool for the continuing transformation of the industry, and this is a policy objective which we fully support. There are aspects in respect of which we are not altogether comfortable, but it is in the nature of negotiations that all parties would experience some discomfiture.

However, there are two aspects of the Charter about which we have very deep concerns, and for which in March 2019 we filed an application for review.

The focus of the review application is on the new Charter’s failure to recognise the continuing consequences of previous transactions in respect of renewals and transfers of rights. This is a critical issue because investors, who have long accepted the 26% (now 30%) measure of BEE ownership transformation, would look negatively on a requirement that they need repeatedly to facilitate such transactions relating to the same asset.

The other aspect of the application is a request that the department explain the targets set for local content in terms of the procurement element, as in our view these are not based on rigorous research of what is practically possible.

We have been engaging the Minister and his department on these matters. The reason we filed the legal papers is because the law imposes a 180-day time limit for doing so.

Importantly, the Minerals Council is not challenging the vast bulk of the new Charter. Our preference is to resolve these specific concerns through negotiation with the DMR, and that is what we intend to do. The Minister, too, has recently gone on record asking for dialogue on this matter and has expressed a desire that an amicable solution be found.

There have been positive development for the junior and emerging miners’ sector. A significant outcome of the Minerals Council’s engagement with the DMR on the Mining Charter was the less onerous dispensation relating to the junior mining sector. The exploration sector, which comprises large numbers of junior miners, is now exempt from the Charter’s provisions.

So, in conclusion, great strides have been made over the past year in turning this industry around, but much more still needs to be done, particularly relating to regulatory uncertainty, which has still not been fully remedied by the efforts of the past year. Policy certainty is critical to investor confidence. But it does need to be based on a policy foundation that balances society’s various interests and does not carry the potential to cause severe damage.

It is the Minerals Council’s very strong belief that collaborative and constructive leadership partnerships can help create a much more conducive investment environment to spur on exploration and mining and to enable the country to realise the true economic and transformational potential of mining. | 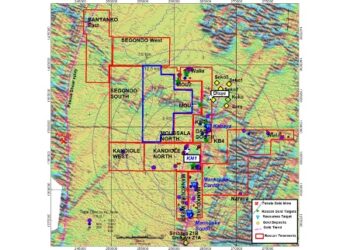