The Assay - It Has Been All About Oil In Recent Weeks 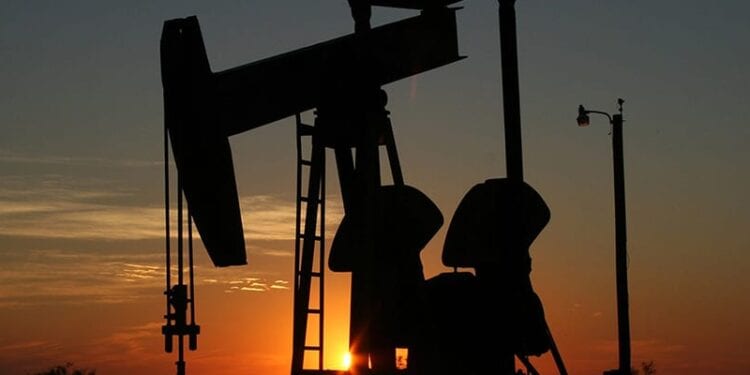 The market has been very strong since the previous Weekly went out on the 7th April, in which I opined that the general market didn’t have much further to fall. In fact, from that date it started to strengthen aggressively. (I have arrowed the timing of that comment, on the ASX 200 chart below) The strength in the index coincided with BHP rising from $28.60 to peak at $34.63, a rise of 21% in only six weeks – presumably on the back of the oil price. It has been many years since it has given such joy to shareholders.

The Metals & Mining Index is holding true to my previous comment going back to January, that it had risen above a major, long term resistance line that meant the future would be much brighter. At the time it coincided with an almighty surge. The subsequent couple of months of retreat was just an extended correction. The recent surge to a new high is testament to that observation. In all probability we should probably be looking for another correction in the near term as the rate of rise over the last few weeks is unsustainable. There will be profit taking but this is most likely to be in the leading stocks i.e. those that have had a strong month to now. Apart from that caveat, markets are on an improving trend.

Global growth is maintaining, but not surging

There has been some mixed economic data over the past month that suggest the international economy is maintaining growth rather than accelerating it, taking away the pressure to jump into equities at the same time that the interest rate trend is higher. However, there has been some good news from the US.

The US economy continues to be stronger with capital goods expenditure hitting US$166bn in the March quarter. This is 24% higher than last year and the fastest rise since 2011. I would have thought this was very good news but The Wall Street Journal chose to take a negative slant, saying that it might be bad for share prices as “history shows” that investors worry about “whether it is worthwhile to bet on companies with costly projects”. I’d like to see the proof of this thesis rather than just reading “history shows”.

Companies need to reinvest to grow their businesses. Many companies held back during the Obama years due to lack of confidence in the administration. Now, with a President who encourages investment, its back to business

with some catchup. This is good news. Only a biased left wing journalist could suggest otherwise. It is an example of the deteriorating standards of journalists today.

Proving that every dog has its day, thermal coal prices have jumped by 16% in the last four weeks to be nearly $110 pt, making it one of the best performing commodities so far in 2018. Much of this rise is due to Chinese thermal coal imports in March having been 50% higher than a year ago. In the past there has often been a correlation between oil and thermal coal. It seems to continue to have some relevance.

The gold market continues to be a battlefield between the bulls and the bears, with the bears winning the latest skirmish, taking the price back to levels not seen since December. Most of the volatility between $1,300 and

$1,350 has been coming from trading on interest rate expectations, while this has been augmented by safe haven buying as international tensions wax and wane. The last selldown coincided with reports of strong retail sales in the US. Each time the market price has attempted to penetrate the $1,350 level it has been reined in, blowing away the optimists who were getting set for a breakout.

Any analysis of the gold market based on supply and demand is a waste of time while the big boys in New York are effectively managing the gold price. It is starting to look somewhat boring, but at least the producers are making plenty of cash at these levels.

Whilst travelling over the past six weeks I attended a number of conferences, ranging from the traditional mining and gold conferences in Zurich and New York to the more specialised Benchmark Battery Input Materials Conference and TechConnect and ID TechEX conferences in Anaheim and Berlin. You get to see quite a cross section of companies and people.

A few years ago the Benchmark Conference was all about graphite, but there was almost no mention of graphite this time, in New York. What does that mean? Instead, it was all about lithium, and one cobalt company. This type of conference provides a forum for emerging companies to present their wares but it would be unwise for attendees to take for gospel what is being said. All the companies are talking their own books. When the speakers were all gathered on the stage for the closing Q & A session, they were all in denial about new technologies that could disrupt the lithium-ion battery business. It would be interesting to jump forward two years, to see what is being pumped then.

The gold and mining conferences were par for the course, but the technology conferences showed differing themes. In Berlin, it seemed to be more about 3D printing and conductive inks than anything else, though there were obviously companies from many other areas of technology.

The TechConnect conference in Anaheim was more about nanomaterials and there was a surprisingly large number of companies involved with carbon nanotubes. Interestingly, they were all keen to see how they could work with graphene companies. There is an enormous amount of follow-up work required to achieve maximum benefit from these events.