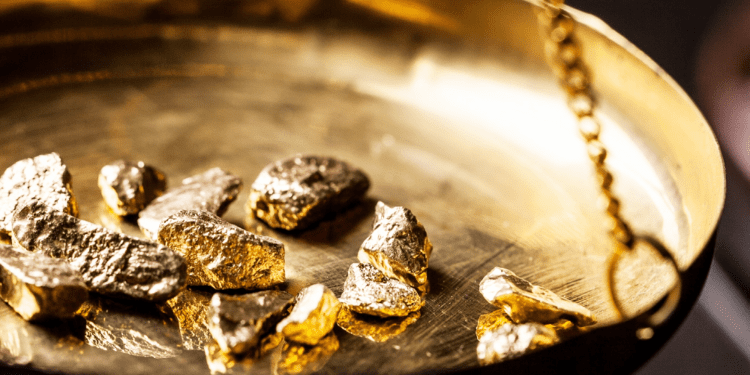 We think there remain good times ahead for the Australian gold sector into the foreseeable future. But that doesn’t necessarily mean prices are going materially higher. In fact we think they could well consolidate around current levels for now, which is nonetheless a good environment for well-timed active investment. We examine this in the context of the ASX Small Ordinaries gold universe.

Perhaps surprisingly, it is not unanimous that the gold price outlook is positive. Recently, two large and reputable brokers materially downgraded their medium term forecasts for gold as although real interest rates remain negative, they appear to have troughed, and are now rising (Figure 1). The recent emergence of reportedly effective COVID-19 vaccines lends support to the view that the world could return to some kind of normal, enabling gold’s risk premium to dissipate.

On the flip side, other large (and equally reputable!) forecasters maintain the view that gold goes back up through US$2000/oz in CY21, driven by further fiscal stimulus, rising inflation expectations, lower real rates and renewed concerns over currency debasement.

Suffice to say, it is hard to have conviction on the medium term trajectory for real rates. And key gold indicators are at insufficiently extreme levels to warrant conviction. Specifically:

Turning to consensus expectations, the outlook for the next five years envisages gold prices to average just under US$2000/oz to the end of CY22, then to drift back to US$1600/oz by 2025. The range, however, is broad as shown in Figure 2 (in A$ terms).

Relative to the last 20 years, this five year outlook is actually pretty good, even at the bottom of the range. So without too many heroic assumptions, a flat to even slightly down A$ gold price is a fertile environment where the median producer can generate A$500-$1000/oz margin on an AISC basis. This makes the ASX gold sector eminently investable, and not merely speculative, high beta plays on the underlying commodity.

But it’s more than just the gold price. In our view, Australian gold miners have earned their place in the generalist investment universe. The strong share price performance of the small cap alumni Northern Star, Saracen Minerals and Evolution (all now joining Newcrest in the ASX top 100 stocks), began before the Australian dollar gold price ran, driven by strong execution, a commitment to exploration and disciplined deals (Figure 3). And that approach has set a positive tone for the industry.

Furthermore, now, more than ever, there is extraordinary choice. Gold currently represents ~7.2% of the small cap index, comprising 16 names out of the 200 in the index. This represents more stock choices than for any other commodity. On a good day, that weighting can be ~10%. So fund managers with the Small Ordinaries as their benchmark ignore it at their peril.

In the index itself, there are Australian producers, offshore producers, developers and even explorers. There are also plenty more to choose from just outside the Small Ordinaries Index.

So when it comes to navigating the gold price exposure in a small cap portfolio, there are 3 levers:

Play the passive flows:
The larger the company, the more likely it will be included in the North American based Van Eck gold equity indices. Membership of the former can result in the ETF becoming substantial on the register, which exacerbates the beta for the producers (who tend to be larger). It is a double edged sword though, and certainly more fun on the way up than on the way down. Likewise, timing inclusion in the ASX300 or ASX200 can be a “free kick”.

Arbitrage the domestics versus offshore:
African and other offshore gold producers typically trade at a discount to domestic gold miners. An opportunity to tilt the portfolio can arise when that valuation gap stretches too far. That bit is never easy!

Beware of the developers’ value curve hiatus:
Sometimes investors can get “bored” when developers are in the construction phase, which is often when the balance of risks skews to the downside. During this phase, share prices can underperform.

Exploration is the lifeblood of the industry:
All gold companies are exploration companies. The biggest bang for your exploration buck often comes from pure explorers naturally and from producers with short mine lives.

Fortune favours the brave:
The industry’s success recently has been extraordinary from the top down. For instance, at Jundee Northern Star put in a 2.5km underground drill drive for A$14m, which provided the platform for multiples of reserve and production growth at that mine.

No Substitute For Good Geoscience:
During the leaner times for exploration dollars only a couple of years ago, geologists put their thinking caps on and challenged conventional wisdom. Bellevue Gold, for example, tested the view that mineralisation was truncated by the Highway Fault, and were rewarded with high grade success.

Pure explorers are not for the faint hearted:
Even the poor geologist designing the program, who knows the ground better than anyone, doesn’t know what the next drill hole will bring. As an investor, even if you get that bit right, the next challenge is knowing what the market expects – sometimes even solid resource updates disappoint if market expectations are overblown.

So it remains as exciting a time as ever to be involved in the Australian gold mining sector. We believe a flat gold price outlook is all that is required for the industry to continue to thrive. There will likely be plenty of disappointments too, as the industry navigates rising cost pressures, competition for labour, the challenge of doing deals and, of course, the ubiquitous execution risk surrounding exploration, project development and mining. However, diversity of choice and good liquidity in the benchmark names gives the small cap investor great potential opportunities for alpha generation.