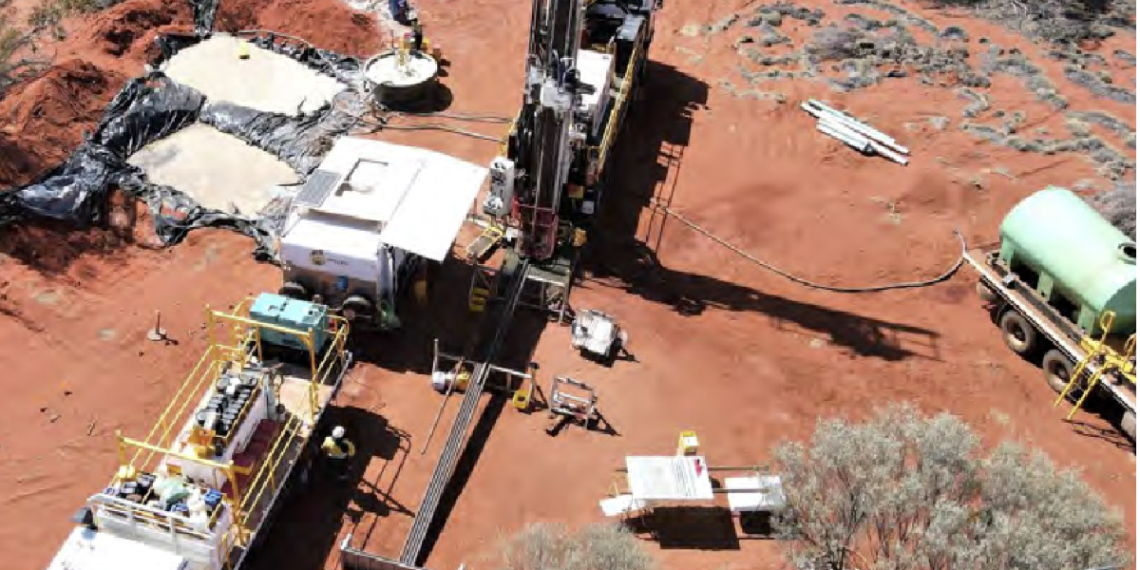 Following your breakthrough hole MAD199 at the Mt Alexander Ni-Cu project, in Western Australia’s (WA) Goldfields region, drilling has continued apace throughout 2021 and 2022. Can you give us some of the highlights from your Mt Alexander exploration programme over the past year?

MAD199 intersected a thick interval of high-grade Ni-Cu-PGEs at 333m downhole – this confirmed the continuity at depth of the high-grade mineralization already discovered near surface across a strike of more than 6km.

The first follow-up hole to this breakthrough discovery confirmed further continuity of mineralization 125m down-plunge of MAD199. A number of high-powered conductors – with conductivity up to 120,000 Siemens – were identified proximal to these intersections, supporting the likelihood of a significant volume of sulphides in this area.

We used seismic surveys to map at depth the network of structures that host the mineralization. Drilling confirmed the accuracy of the seismic data, providing us with another targeting tool to discover deeper deposits.

In March, you announced that Julian Hanna – former managing director at Western Areas who built that company into Australia’s No.1 independent nickel producer – joined St George as General Manager for Growth & Exploration. That was an exciting development for St George.

Yes, we are delighted to have attracted someone of Julian’s calibre to St George. His successful track record in exploration, mine development and corporate growth – particularly his industry leading experience in WA’s nickel sulphide sector – will be great assets to the company and support our commitment to create shareholder wealth.

Julian was impressed with St George’s quality portfolio of projects and believes the work already completed at the Mt Alexander and Paterson Projects underscores their compelling exploration potential.

The company recently announced a major step-up in your exploration programmes. Starting with your flagship project, what do you have planned for Mt Alexander in the coming year?

In addition to extension drilling of the existing shallow deposits, we have identified five large conceptual targets at Mt Alexander which are prospective for further discoveries. We are completing additional seismic and EM surveys to finalize a drill plan ahead of resuming drilling in late July.

Turning to your copper-gold Patersons Project in the Pilbara, tell us about the early results from the diamond drilling now underway.

The diamond drilling is testing targets for large copper-gold systems and initial observations in the drill core of the first two holes completed are very encouraging. We are seeing intense localized alteration surrounding multiple sets of cross-cutting veins indicating structural complexity and extensive hydrothermal fluids. Chalcopyrite has been confirmed by portable XRF analysis together with extensive sulphides.

These factors are all very favourable for the presence of significant mineralization. Our most highly rated drill holes are yet to be drilled, so there is great anticipation building.

What similarities do you see between your Patersons Project and Rio Tinto’s major Winu Copper-Gold project?

The lithologies intercepted in our drilling are a series of high-grade amphibolite grade sediment host rocks – these are considered part of the Yeneena Basin package that hosts deposits such as Nifty (Cu) and Winu (Cu-Au). Further the structural features at our ground – such as anticline folds – are also seen at Winu.

Turning to the mid-west of WA, can you give our readers an overview of your Ajana prospect and tell us about the 20km long interpreted intrusion that your recent airborne magnetic survey has revealed?

The magnetic survey at Ajana clearly defined a 20km-long north-northwest trending elliptical body. Inversion modelling of the magnetic data for Ajana has now been completed and supports the interpretation of a 20km long late-stage layered mafic intrusion – a prospective setting for Ni-Cu-PGE deposits.
Ajana is located within the mineralized Northampton Block, proximal to historic base metal mines in a unique position near the western margin of the Yilgarn craton.

We are very excited at how Ajana is evolving and have pegged all available ground contiguous to our existing exploration licences.

And finally, what do you have planned for your Broadview Project in WA’s Wheatfields region? What work will you be looking to do to identify potential drilling targets at this Ni-Cu-PGE prospect?

Broadview hosts two, approximately 25km-long, north-east trending strongly magnetic features that are interpreted to potentially represent two large mafic/ultramafic intrusions. This is an unexplored area with similarities in the geological setting to Chalice Mining’s (ASX: CHN) Julimar Ni-Cu-PGE discovery. We will complete some EM surveys at Broadview ahead of scheduling drilling later this year.