Gold Stocks Remain the Investment of Choice, With Plenty of Upside Ahead...

Gold Stocks Remain the Investment of Choice, With Plenty of Upside Ahead… 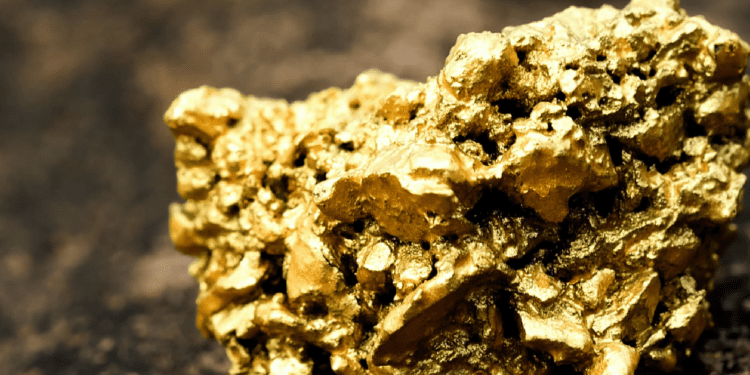 That’s what many investors ask, thinking that they’ve seen this movie before, in early 2016 and early 2017, and then again in early 2018. Cynics gleefully assert the same thing. Since gold stocks have traded sideways to down since the end of July, after jumping 130% (basis XAU index of major gold and silver stocks) in the four months following the March market sell off, it’s fair to ask. There is little doubt that gold and gold stocks moved too far too quickly and have now lost some momentum, but that doesn’t mean that the bull market is over.

Above all other factors—central bank buying, Indian demand, the dollar, geopolitical instability, and concern about the economic recovery—the monetary policies of the Federal Reserve and other global central banks are the most important thing. These policies are extremely bullish for gold. If the QEs after 2008 took gold on a five-year bull market that saw the price of gold almost triple while the major mining index (XAU) went up over 3.5 times (and many juniors far more), today’s even more extreme “policy” — dubbed “QE Infinity” — could have an even greater impact on the price of gold.

Despite increased interest in gold and gold stocks, and despite the XAU having more than doubled since March, gold stocks remain undervalued. This is true of pretty much every sub-sector of the gold space, other than the major royalty companies, though I still like these companies for their low-risk attributes. There are individual stocks—among producers, developers and exploration—that aren’t cheap, but as a group (including major mining companies), they’re undervalued today.

Gold was due for a correction, moving sharply after its longer-term trend. It is now below that trend line and its 50-day moving average. Typically, we would expect a decline below the trend after a move above it. Inflows into gold seem to have levelled off; in August, inflows into global gold ETFs were the lowest since January and only just over a quarter of the monthly average this year. In September, particularly later in the month, they picked up again, though still only reached 75% of July’s number and barely matched that of January, the lowest month this year. But that, plus weekly reports so far in October, suggests that the sentiment on gold is becoming positive again.

In short, though the possibility of a further $100-$150 decline is real, gold has been very resilient, quickly reversing any intra-day declines. Should we see a pullback, I suspect it will be both shallow and brief; there is simply too much buying on the sidelines.

Regardless of what the next week or two brings, the outlook for gold remains very positive and, in that context, the gold stocks still look cheap. By no means has an investor “missed the train”.

Second, the gold stocks remain considerably lower priced than they were between 2010-2012. Despite the big run up in gold stocks this year—and up 350% since early 2016—they are still significantly less expensive than they were at the previous peak. The XAU index would have to rise more than 50% from here to equal the level of those years. However, we should bear in mind that leading components of the index are the royalty companies which have generally performed very well over the past decade. Remove those stocks, and the miners would have to double from here to get back to the levels they were at a decade ago — the last time gold was at the same price as today.

As Oscar Wilde reminded us, more important than mere price is value. If we look at valuations, the story is even more compelling. On every valuation metric, the gold stocks today, despite record gold prices, are in the lowest quartile on a historical basis.

On a price-to-book value, the gold stocks over the past five years have traded at the lowest multiples ever. As stock prices have gone up, so too have the book values of mining companies. At 1.3 times book value, the major miners are trading at a better-than-40% discount compared to their trading range from the early 1980s to 2013, and lower today than at any point from 1985 to 2007.

Even more compelling is price-to-cash flow: other than the last quarter of 2018, the gold stocks have never been cheaper! For the majority of the past 35 years, gold stocks have traded at two to three times the current valuations. And when the gold price is strong, multiples tend to expand, so it would be usual for valuations to be above average today.

Today’s situation does not make any sense. We have close-to-record gold prices and an extremely bullish outlook. We have arguably better, more disciplined mining companies with better managements and better balance sheets, yet prices and valuations are often only half of those of 2011-2013.

There has been a change in miner managements

The disastrous management decisions made between 2001-2013—most notably overpaying for marginal deposits—and the 80-percent-plus decline in the XAU soured generalist investment attitudes to the sector. To remedy this, managements were wholesale sacked and replaced, while corporate “visions” of “growth at all costs” were replaced by “profitable ounces”. Despite this, generalists who do not follow the industry in great detail are still (understandably) reluctant and slow to return to the sector. However, over time, as gold continues to move up, they will return to the sector. Indeed, we are already beginning to see this.

It is unusual, after gold itself has moved so much (over 30% this year, 50% last year), to find the major companies still so inexpensive. Investors are in a very unusual and advantageous position now that, with gold strong and the outlook even stronger, the largest and best companies remain inexpensive. One does not have to go “down market” to the juniors and exploration stocks where both the potential and the risk is far higher. The major miners as a group are also more certain to move as gold moves higher. Gold stocks remain about the most idiosyncratic of any sector; one company can be a disaster even while the sector is strong. Selection remains critical, but this is unquestionably the time to take advantage of this anomaly in prices and valuations of the largest mining companies.

If we look to when the Fed QE policy started in 2008, we see that, after a large drop when Lehman went bust (analogous to the March drop), gold entered a five-year bull market as the Fed embarked on QE1, 2, and 3. That huge drop from August to October 2008 is meaningless in retrospect. Today, with the Fed undertaking an even more aggressive monetary policy and uncertainty and instability all around, there is little reason to believe that gold and the gold stocks — still at very attractive valuations — will not at least repeat their performance of the earlier period.