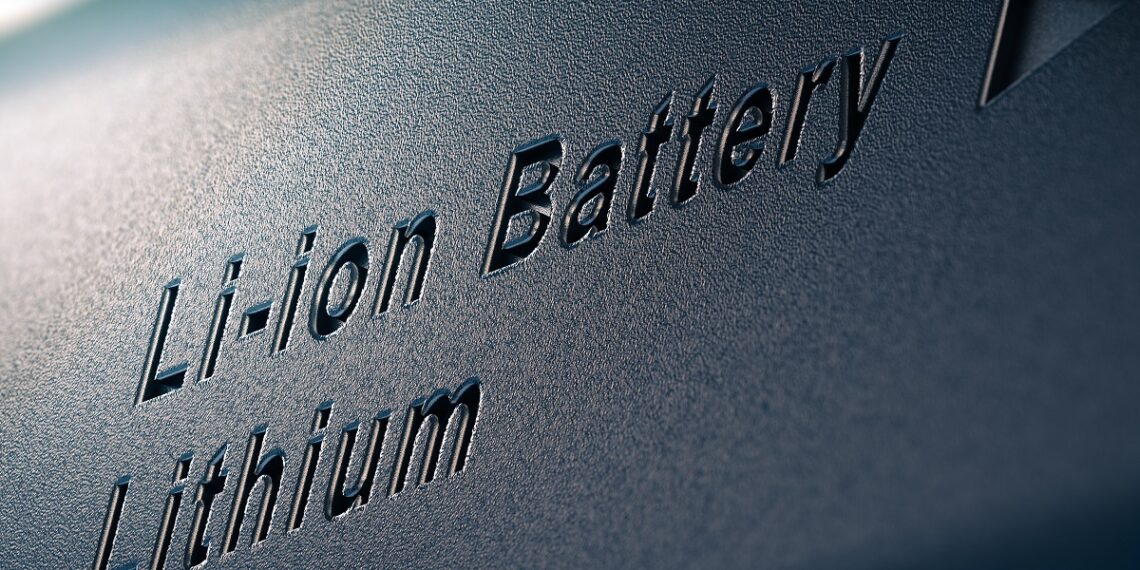 With lithium prices continuing to make new all-time highs, having increased by over 400% since the start of 2021, there is a global race to find and secure stockpiles of the key battery metal for the electric vehicle (EV) market.

It is not only the mining companies that are accelerating their search for lithium, which some analysts have labelled “white oil”. A new breed of mining/tech companies are investing vast amounts in developing new ways to obtain massive sources of battery metals from the recycling of millions of lithium-ion batteries (LIBs), which may normally end up in rubbish dumps.

Apart from being seen as a potentially significant opportunity to fill forecast gaps in lithium, nickel, and cobalt supply (which are all tipped to become increasingly expensive components of rechargeable batteries), there is the obvious environmental benefits of reusing material from many run-down LIBs.

To address concerns over the potential impact of waste LIBs, China and European countries have adopted regulations on “Recycling of Motive Lithium-Ion Batteries”. A key focus of LIB recycling is to recover cobalt owing to its high economic value. Besides the EU, the recycling initiatives are gathering pace in China due to the large EV industry and the rapid rise in spent LIBs. Battery recycling companies are benefiting tremendously from the rising demand for hybrid and e-vehicles, which use LIBs.

However, while there is generally unanimous belief that lithium demand will continue to rocket upwards, there is not as much certainty about the rise in recycled battery materials.

Reportlinker.com revealed that amid the COVID-19 crisis, the global market for LIB recycling was estimated at US$3.6B in the year 2020 and would grow at a compound annual growth rate (CAGR) of 19.4% over the analysis period up to 2026.

Lithium-nickel-manganese-cobalt (Li-NMC), one of the segments analysed in the report, is projected to grow at a 20.6% CAGR to reach US$7.7B by the end of the analysis period.

Despite the issue of slow charge rates, LFP technology is preferred due to the higher safety offered that is of high significance for larger-sized batteries. The U.S. battery recycling market was estimated at US$903.2M in 2021, while China is forecast to reach US$3B by 2026

The U.S. currently accounts for a 21.1% share in the global market. China, the world’s second largest economy, is forecast to reach an estimated market size of US$3B in the year 2026, trailing a CAGR of 23% through the analysis period.

However, while several research reports are tipping that LIB recycling rates are accelerating, one of the resource industries leading analyst firms has a different view. LIB recycling is not expected to take off before 2030, according to a new report by Wood Mackenzie.

Wood Mackenzie says that while EVs have taken the headlines in recent years and its base case scenario expects penetration to reach 23% by 2030. It suggests that the transition to the massive scale-up of EVs naturally points to an equally high demand for LIBs, with 89% of LIB demand to come from the EV sector by 2040.

However, according to Wood Mackenzie research analyst Max Reid, underneath the surface of this electric future lies a relatively young supply chain struggling to keep up.

“The Li-ion battery demand market can fluctuate over months and expanding upstream and midstream to produce battery materials involves lead times of several years,” he said.

“As it is a new industry, there is limited historic capacity to flip the switch on, and yet many see this as a ripe environment for recycling to make a tangible impact.”

According to Reid, currently, battery recycling focuses on the portable electronics market. Recyclers benefit from technologies with an easily accessible battery, compared with EV batteries.

“EV-packs are complex to disassemble into individual cells, so recyclers are left to discharge packs in conductive baths before mechanically shredding them into a mix of constituent materials. Furthermore, currently new batteries cost less to produce, hence disincentivising battery recycling as the value of recovered material is reduced.”

He added that battery manufacturers are leaning towards using cheaper materials leaving recyclers to increase the efficiency of their processes to maintain profit. Moreover, the introduction of new materials, such as solid-state electrolytes, will require recyclers to retrofit their processes.

“This decade will see the supply chain further establish itself to be able to supply vast quantities of battery-grade chemicals and cathodes to cell manufacturers, whilst recyclers will struggle with the large mass and complexity of EV-packs,” Reid said.

A new cathode facility will produce 50Kt per annum (ktpa) of NMC (nickel, manganese, and cobalt) material, whilst a recycling facility will typically process five to 10ktpa of e-waste – the former equating to roughly 400,000 battery EVs annually and the latter taking in just roughly 30,000 EV-packs yearly.

Reid also pointed to the lack of recyclable feedstock as a major barrier. Even though EV manufacturing is set to boom before 2030, the number of end-of-life (EoL) batteries available for recycling will remain limited for two main reasons: EV penetration at the beginning of the decade is much lower than at the end, and EVs have an increasingly long lifespan reaching up to 15 years.

The lack of available secondary supply from recycling is evident, and yet the recycling sector is already scaling up quite aggressively. According to Wood Mackenzie’s analysis, the total capacity of planned recycling facilities will still overshoot feedstock in 2030 when EoL EV numbers begin to ramp up.

According to Reid, the resulting supply imbalance will leave independent recyclers, especially in North America and Europe, in a scramble for used EV batteries. China, which has a mature and large re-use and refurbishment sector for portable electronics, benefits from proximity to the midstream.

He says Chinese recyclers benefit from greater integration with nearby cathode production plants, so Chinese recyclers can regularly bid much higher prices for used batteries than their Western counterparts. Until North America and Europe have developed more integrated raw material supply chains, China will remain the most appealing location for battery recycling.

“Bullish expectations for Li-ion recycling may well lead to a rush of new entrants to the space. However, limitations on feedstocks mean that only the large and integrated will likely survive and reap the rewards in later years,” Reid said.