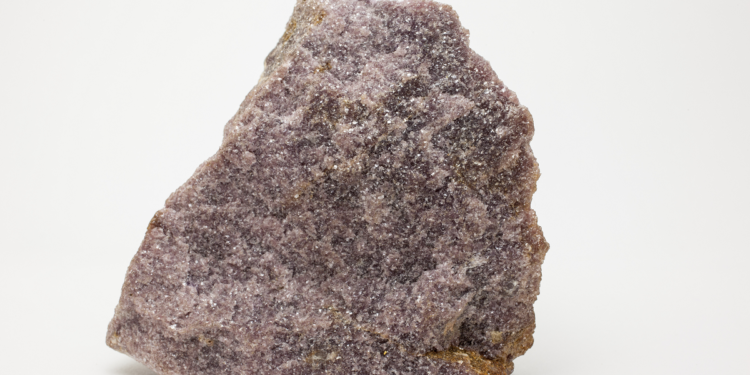 Rubidium’s potential as a component in sodium-ion batteries has seen growing interest in the rare metal – leading to a number of new discoveries in October this year. More companies across the globe are not only adding testing for rubidium in their assays, but several explorers are now focusing on the rare metal.

Rubidium is the chemical element with the symbol Rb and atomic number 37. It is very soft, whitish-grey solid in the alkali metal group, similar to potassium and caesium. Worldwide, the largest producer of rubidium has historically been Canada, while the largest reserves are believed to be in Southern Africa and Canada. There is also rubidium in USA, Russia, and Afghanistan. There are small concentrations in some brines, but on a much smaller scale than lithium.

Rubidium is currently used in the manufacture of photocells and in the removal of residual gases from vacuum tubes. Rubidium salts are used in glasses and ceramics, and in fireworks to give them a purple colour.

Rubidium compound, rubidium carbonate, has multiple industrial uses, principally for speciality glass such as fibre optic cables, telecommunications systems including an important role in GPS systems, and night vision devices. There are also uses in medical equipment and atomic clocks. Quantum computing makes use of rubidium.

It is said that rubidium is probably the most difficult of the naturally occurring and stable elements to acquire.

The growing value and interest in rubidium has seen a surge in exploration interest this year – leading to a number of discoveries.

Multiple broad zones of rubidium mineralization have been identified across the project area, including an exceptional intersection from drillhole DAL005 totalling 70m at 0.23% RbO2 from 82m downhole. This intersection was partially reported (as 34m @ 2183ppm Rb) in August 2022 and has now been expanded with the receipt of further assays.

The company drilled 32 RC drillholes for a total of 3,045m during May and June 2022. The programme targeted a suite of mineralized pegmatites which are enriched in rubidium, tantalum, caesium, niobium, and lithium and was designed to infill existing drilling to a nominal 40 x 40m spacing to allow calculation of a maiden mineral resource.

Rubidium was the primary target of the drilling with previous work having returned highly anomalous values over a large areal extent. The thickness of the intersections, combined with the continuity of mineralized units in geological modelling, is very promising according to the company.

Samples with rubidium grades in excess of 1,000ppm have been returned over intervals with geological continuity.

Intersections of note include drillhole DAL029 which was the southernmost drillhole of this programme, and indeed the most southerly hole drilled on the King Tamba project to date.

Hole DAL029 intersected seven mineralized pegmatite bodies with a cumulative 28m thickness over the 102m total length, including one which returned 3.0m at 0.45% RbO2 from 66m downhole.

Importantly, this intersection returned the highest individual rubidium result of the programme with 1.0m from 67-68m downhole assaying at 0.7% RbO2, 0.47% Li2O, and 0.16% Cs2O. These results were obtained from a narrow pegmatite body 3.0m wide but with markedly different chemistry from those around it.

The company’s executive chairman, John Prineas, noted that the recent discovery of rubidium in the company’s lithium exploration campaign at Mt Alexander added value to the project. He said the high rubidium value (0.6% Rb) from a rock chip sample taken from sub-cropping pegmatites near the eastern boundary of E29/962 was significant.

“Rubidium is often an indicator element for lithium mineralization in weathered terrains like those at Mt Alexander,” Mr Prineas said.

Elsewhere, Aldoro Resources Limited (ASX: ARN), has declared its Niobe Mineral Resource now contains one of the world’s highest-grade undeveloped rubidium deposits and the company has commenced a development feasibility study for the Western Australian project.

The Niobe Rubidium-Lithium Project consists of a cluster of pegmatite dykes that stretch across the 1.4km width of the prospecting license P59/2137 and six named pegmatitic bodies have been identified with four consisting of multiple stacked dykes. Drilling has concentrated on five areas: Niobe Main, Northeast, Breakaway, Southeast, and Niobe Flats (single dyke).

The 2022 Aldoro drilling consisted of 115 holes for 7,318m with inclined holes (dip -55 /-60) varying from 30 to 156m deep and allowing the modelling up to 110m deep (vertical). Thick zones of mineralization remain open (particularly in the southwest of the Project) with mineralization being open along strike and along dip in most directions with extensional drilling. The results of this recent drilling were integrated with the mid 1980s drilling by Pancontinental who analysed the li-suite metals in 40 holes for 1,146m.

Preliminary metallurgical testwork is currently underway at the School of Minerals Processing & Bioengineering at Central South University in Changsha, China, under the guidance of Professor Zhiguo He. Dr He’s research work is predominantly focuses on the beneficiation and extraction of rare metals, such as rubidium and lithium, from a variety of minerals.