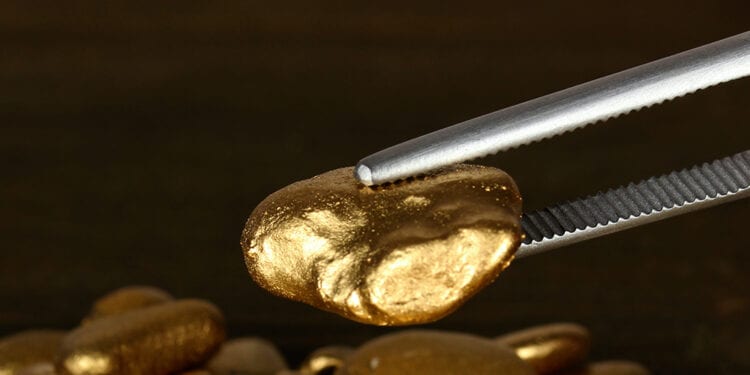 Gold used in industrial applications was severely impacted by the coronavirus pandemic in the first half of 2020 with acute falls recorded in most sub-sectors. While the damage to consumption has been severe, there are early signs of a recovery in the second half of 2020 as key electronics fabrication markets emerge from government-mandated lockdowns and reboot production. Moreover, as people return to work and retail sales start to see an uptick, the industry outlook is brighter than it has been for many months.

Gold consumed in industrial applications slumped 16% in the second quarter on a year-on-year basis, a record quarterly low, with demand in the first half of 2020 13% lower than the previous year. Almost all segments of the industry were impacted by COVID-19 lockdowns and the consequent sharp decline in consumer spending. Demand from the electronics sector, which accounts for around two-thirds of the total volume of gold consumed, fell 13% in Q2 with first-half fabrication demand 11% lower on annual comparison. While consuming far less fine gold, it was dental and medical and our other industrial and decorative segments that felt the full brunt of the lockdowns, with first-half demand plummeting by 16% and 21% respectively. The latter was dragged lower by the extended lockdowns in India which effectively shut down the clothing industry (where gold thread is often used) for several months, while a fall in Europe was mainly due to a decline in the production of plating salts used in luxury accessories.

While the impact was clearly severe during the second quarter, there is reason for optimism as we move into the second half of 2020. China was the first country forced into lockdown and the first to remerge and kick-start production, which has helped support the supply chain in other markets. Other key production hubs such as Taiwan, Japan, and South Korea are also re-emerging, and the modest uptick in consumer demand has provided some much-needed support. It should be noted, however, that while there has been a notable recovery in production, fabrication volumes in many cases are still below pre-coronavirus levels as a high-level of apprehension remains, stymieing a full-blown recovery. In addition, with new cases of the virus still emerging and some countries discussing the reintroduction of more stringent personal distancing measures, the recent recovery may be extinguished before it has a chance to take off.

The memory sector has remained resilient throughout the pandemic, and growth in this sector has helped to offset weakness elsewhere. Cloud-based computing and data storage have both seen rapid expansion in 2020 on the back of the acute jump in office staff working from home. Another area to record uninterrupted growth this year, albeit using low levels of gold, has been wireless technologies. Growth has been driven by the acceleration of infrastructure projects in many countries as governments around the world look at ways of generating economic expansion, with 5G deployment in particular gaining a lot of momentum. Most industrialised countries are currently working through the installation of this new network, which is adding to demand and will provide growth in the coming year.

A reduction in retail spending as a result of the economic uncertainty has led to less consumer demand for electronics. Demand from the LED sector continues to struggle, well down on the previous year, but there are signs of an improvement from the first quarter carnage. Meanwhile, the automotive sector has also faced stiff headwinds in 2020, with several markets recording a material fall in production output as a result of the pandemic and forced closures. The result, not surprisingly, has dragged demand for gold consumed in the sector even lower.

As a result of the healthy memory market, the global semiconductor market has also remained largely resistant to global macroeconomic headwinds through the first seven months of the year, with sales in July increasing on both a year-to-year and month-to-month basis, according to Semiconductor Industry Association (SIA) data. Sales of semiconductors were almost 5% more than the July 2019 total and 2% stronger than the June 2020 total. Year-to-date sales remain on target for an annual increase this year, 5% stronger year-on-year to end-July, buoyed by a 20% expansion from the Americas (which continues to post a strong recovery), and 5% uptick this year from China. This robust growth is partially offset by a 9% drop in Europe and 1% fall in Japan.

The outlook for the global economy remains clouded by the uncertainty regarding a suitable vaccine for COVID-19. The speed at which such a treatment can be rolled out globally will have a bearing on recovery and thus how quickly industry and demand can return to normal. Should key consuming and fabrication markets suffer from second and third waves of infection, we may see a return to the recessionary conditions of Q2. The shock of the pandemic remains far-reaching, unprecedented, and impossible to forecast. The current situation is promising, with green shoots emerging in several markets, but how long that can last is uncertain. We remain optimistic that several sectors will continue to expand, despite the economic doldrums. However, for many sectors, a lot will depend on consumer confidence and how quickly employment levels can be returned to pre-COVID-19 levels.