The Assay - Could We Be Witnessing The Rebirth Of a Diamond Exploration Boom in WA?

Could We Be Witnessing The Rebirth Of a Diamond Exploration Boom in WA? 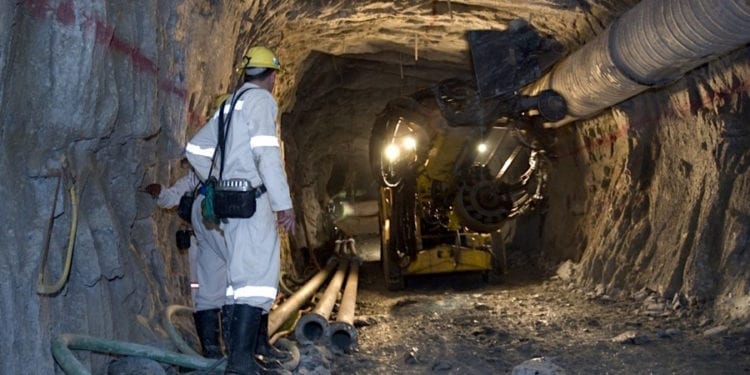 The trade war is dominating debate around the world at present with commentators saying that this is likely to be negative for commodities, but that is only an opinion. It doesn’t seem to be negatively affecting the sentiment in the US markets and it hasn’t held back our leading mining companies on the ASX. Strangely it is affecting speculative companies more (or is there another reason why the junior
end is still out of favour?).

Gold has continued to soften with speculators’ net-long positioning falling to its lowest level in a year, ahead of the seasonally weak Q3 demand. Nevertheless, we are not seeing any panicking and we are not seeing gold producers being punished. Elsewhere there is not much inspiration on which to pin ones hopes. So, I thought we should focus on something different this week; diamond exploration in W.A.

The diamond exploration thematic
Specialist diamond analysts in London spend much of their time assessing the state of the diamond market, looking at supply and demand and extrapolating their views to their earnings models for the listed diamond sector. As fundamentally sound as that methodology is, diamond exploration is more about the excitement in looking for the pot of gold at the end of the rainbow. It is about turning low value remote ground worth a few dollars an acre into something of extreme value; tens or hundreds of millions of dollar an acre. The furthest thing from the minds of speculators is the fundamental balance of the diamond market. All they want is the sizzle of the exploration quest.

In any speculative boom, in any sector, there are a number of essential ingredients for a boom to emerge. There needs to be a critical mass with a number of companies and promoters spreading the word. That is starting to emerge in WA. It is also helpful if the market is naive about the commodity so that the blind can be led by the promoters. We need new blood in terms of punters, brokers and analysts who haven’t yet been through the wringer with the commodity in question. We also need a market leader that gives some modicum of creditability to the concept. In graphite it was Syrah and in uranium it was Paladin. These companies ran to dizzy market capitalisations and a rat pack quickly emerged in a quest to emulate the stock market of the sector leaders. Here, in diamonds, that leader could well be Lucapa given it is an established producer of institutional size, with an exciting exploration play in the Kimberley.

One final ingredient you need is an expanding information curve. With the arrival of the dry season in northern Australia you will see an active field season on the diamond front. Any good results will receive plenty of publicity and this should be reflected in share price movements. So, this could be fertile ground for the punters.

An historical snapshot of diamonds in WA and the NT
Diamond exploration is terribly difficult, with some experts saying that finding a diamond mine is 1,000 times more difficult that finding a gold mine. Yet, when you find (and make) one, the rewards can be outstanding. At the best end of the scale you could end up with an Argyle. At the other end of the spectrum, you might actually prove a diamond deposit but fail on the economics.

Back in the 1970s there was a diamond boom that went on for a few years on the back of the discovery and proving of Argyle. Every man and his dog was involved and this kept the speculative market bubbling along for quite a while. Argyle was developed, as was an alluvial operation at Smoke Creek, but the lack of more extensive exploration success led to the inevitable fall off in interest in the market.

Since the Argyle boom there have been some other successes. The Merlin diamond mine in the Northern
Territory provided some, but limited joy. Miles Kennedy was successful with the commissioning of mines at Ellendale 4 and 9, with shareholders benefiting from a well-priced takeover bid from Gem. Blina had geological but not economic success. Unfortunately the Cambridge Gulf rort subsequently turned many investors off diamonds forever, be they in Australia or in more exotic locations. Such has been the resultant distrust of diamonds that Lucapa has had enormous difficulty in getting institutional support for its fabulously rich and profitable mine in Angola.

Yet, in recent months I have noticed some movement at the station with regards to diamond exploration in Australia, with a number companies and projects coming to my attention. In a stock market where money rotates from one commodity sector to the next in the quest for the next hotmthing, it is only a matter of time before the diamond bulls get another run. Could we be seeing the early signs of this happening again?

So far the following companies have come to my attention

On 2 July, DeVex announced two diamond prospect applications in the Kimberley region of WA. The Oscar application lies SE of the Ellendale diamond mines and south of Lucapa’s Little Spring Creek diamond discovery. Previous explorers have found four lamproite occurrences on Oscar. The Mount Hann application lies equidistant between Ellendale and Argyle. Numerous micro-diamonds have been recovered from stream sediment and loam sampling undertaken by companies such as CRA Exploration, but only four out of 64 targets were drill tested. Field work will commence when the applications are granted. It is very early days for DeVex, but it has a seat at the table.

GeoCrystal (Undertaking $7m IPO)
GeoCrystal is a new company embarking on an IPO, having already spent $4.7m on the Webb diamond project, in the remote Gibson Desert, SW of Lake Mackay in WA. CRA conducted exploration in the 1990s, drilling 10
anomalies with some encouragement, but not enough to continue the quest. In 2001/02, BHP reviewed that data but never did any field work. Meteoric Resource then acquired the ground in 2008, and undertook a detailed aeromagnetic survey that identified anomalies that looked like vertical pipe-like bodies. It entered into a JV with GeoCrystal in 2013.

So far GeoCrystal has found micro-diamonds, having drilled 71 holes for 7,713m in 64 targets. Kimberlitic
material has been found in 51 of these and there are 216 targets remaining to be tested. It has earned an 81.5% interest to date and this is increasing its equity as it sole risks continuing exploration expenditure.

Its second project is the 80%-owned Merlin South, 40 km of the Merlin diamond mine and 800 km SE of Darwin in the NT. Despite exploration programs conducted by Ashton Mining, Gravity Diamonds and North Australian Diamonds, over a 15 year period, no source of the kimberlite indicator minerals was found. Nevertheless, the surface indicator mineral anomaly measuring 7 km x 4 km has yielded repeatable high concentrations of micro diamonds and some macro-diamonds.

GeoCrystal’s earlier stage, third project, is Yambarra in the Daly River region of the NT, where a 200m diameter discrete magnetic anomaly has been modelled as a vertical pipe-like intrusion.

GeoCrystal has an experienced diamond team that includes Zlad Sas on the board, and the legendary Ewen
Tyler (ex-Ashton) as a consultant. Chalice Gold Mines (Tim Goyder) is currently a 19% shareholder (pre-IPO).

Previous explorers included CRA Exploration, BHP Minerals, Stockdale Prospecting (De Beers) Dioro
Exploration, AKD and Striker Resources. There were numerous positive results from the prior exploration but so far there has been nothing of substance defined.

When the Company recently announced the recovery of three micro-diamonds from a 10 kg sample of outcrop its shares spiked from 24¢ to 88¢ in a few days.Thus there was some speculative fervour seen in the Canadian market.

Lucapa Diamonds Co. (LOM) Price: 27¢ Mkt Cap: $123m
LOM has some excellent diamond production projects in Angola and Lesotho, so its diamond credentials are wellestablished, but it is the 80%-owned Brooking exploration project in WA’s Kimberley region that promises to reintroduce some speculative fervour into the share price.

Lucapa quietly announced a deal to acquire the interest in Brooking in October 2106. Located within 40 km of the Ellendale diamond field, the entry price was $140,000 cash, 250,000 shares and 500,000 options. Initial work provided positive result, culminating in the drilling of an exploration hole late in 2017, at Little Spring Creek. That HQ (63mm) diameter hole recovered 119 diamonds, including 7 macro-diamonds. This was an extraordinary result; diamonds recovered in the first drill hole. Subsequent analysis of the cleaned diamonds showed a
relatively high white diamond content with yellow diamonds also being observed.

In mid June 2018, Lucapa announced that the first hole in the follow-up drilling at Little Spring Creek had successfully intersected the lamproitic body from 2m depth, with drilling continuing. The program comprises 10 holes of PQ and NQ core to depths of 100-150m.

While it is still early days, the initial results have been outstanding. They have already caused some punters to opine that this could be “as big as Argyle”, though there is no scientific basis to suggest that yet. Certainly it is one to watch with interest as so far it has ticked all of the right boxes.

POZ Minerals (POZ) Price: 8.2¢ Mkt Cap: $14.6m
In October 2015, POZ announced the acquisition of the Blina Diamond Project in the Ellendale region of WA. This is essentially an alluvial diamond project on ground that was previously explored and mined by companies that include Stockdale Prospecting, Diamond Ventures, Kimberley Diamond Company and Blina Diamonds over the years from 1987 to 2014. Work programs involved geophysical surveys, geochemical sampling, aircore drilling, Bauer drilling and bulk sampling. It recently announced the acquisition of ground around the Ellendale 9 Mine, believing this to be prospective for undiscovered diamondiferous lamproite pipes.

POZ’s E9 North alluvial project covers a series of channels draining to the north of the E9 mine. These channels were mined by Blina Diamonds with the western channel yielding 13,846 carats from 81,263 tonnes, being a recovered grade of 16.5 cpht. The average size was 0.36 carats and the largest was 11.4 carats, being a fancy yellow.

The A channel alluvials located to the north for the E4 mine were shown by Blina Diamonds to lie on an irregular karstic limestone bed with strong potential for potholes and other bonanza grade trap sites. These are high priorities for POZ’s exploration.

In recent months the company has been actively purchasing equipment used by previous operators in the
region, including a 50 tph trommel, screens and Sortex diamond recovery units.

Alluvial diamond projects are not as highly revered as hard rock kimberlite projects but they can provide earlier cash flows at lower capex. There is more risk due to the variability of grade, but there can be pockets of high profitability.

What is the probability?
As with every mining sector boom it is very rare for  company to have enough success to proceed to production. Broking analysts spend a great deal of time absorbing the promotion and trying to figure out which companies are truthful, competent and have a reasonable chance of success while the corporate departments and salesmen try their hardest to generate enthusiasm which can be converted to fees. If they can create some FOMO then it is “game on” … until the music stops. Yet, there is always the chance that one or two mines could result, thereby justifying the enthusiasm. 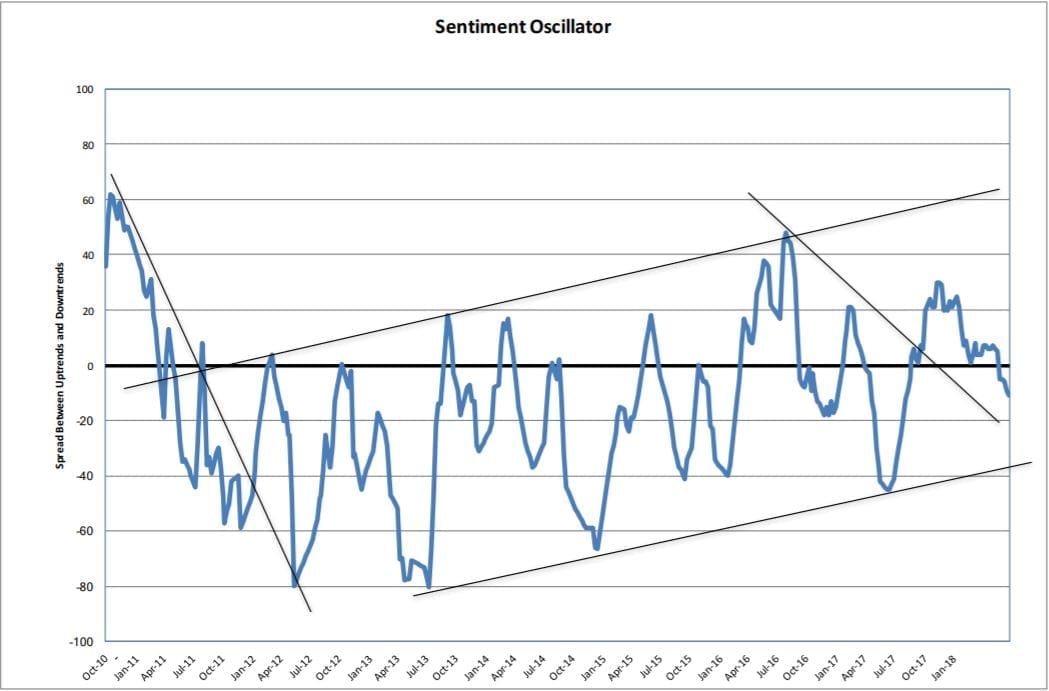 Changing lanes: a roadmap for transport and future energy markets