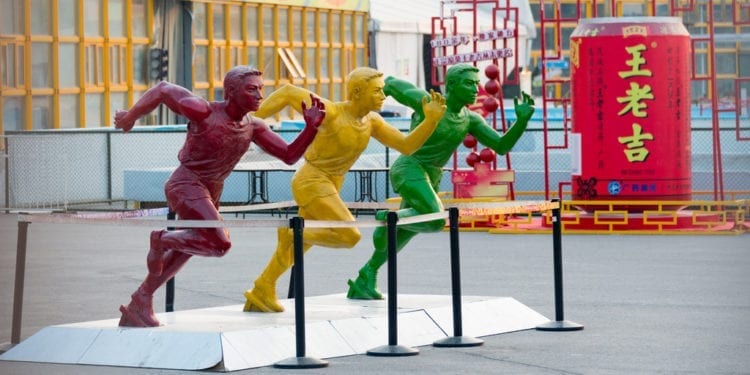 Copper was trading down for a third day on Monday as metal traders in New York shrug off the increasing likelihood of a strike at the world’s largest copper mine and the impact of fiscal stimulus in top metal consumer China.

Labour action in Chile and Peru was flagged at the beginning of the year as a catalyst for a higher copper price in 2018, but so far talks have been uncharacteristically smooth, with most agreements reached during early negotiations.

However, a strike at Chile’s Escondida, responsible for nearly 5% of primary global copper supply, now looks all but certain.  A 44-day strike in February-March last year crippled production at Escondida, which part-owner operator BHP expects will produce more than 1.2m tonnes in 2018.

Reuters reports the union at Escondida is expected to overwhelmingly reject the final contract offer from the Anglo-Australian miner.

Union members have until Wednesday to finish voting on the company’s proposal, when the union will conduct an official count. After that, either party can call for a period of government-mediated arbitration that could last as many as 10 days.

“Half our members have voted,” said union spokesman Carlos Allendes. “We hope for positive and overwhelming results, with around 80 percent rejecting the offer from Escondida.”

Upcoming contract negotiations could also lead to outages at Chile’s state-owned Codelco operations which include the Andina, El Teniente, Salvador, Ministro Hales and Gaby mines and the Caletones smelter.

Just today workers at Chuquicamata, Codelco’s second largest mine with output of more than 330kt last year downed tools over a dispute with management.

Together with Escondida, the Chilean operations have a capacity of 3m tonnes per year or roughly 15% annual global output.  Chile introduced new labour laws in April last year which most industry analysts consider worker-friendly.

BHP, which owns 57.5% of the mine, has spent nearly $8 billion expanding the mine (including a $3.4bn water plant) in the past five years to maintain output above one million tonnes.

A week ago Chinese authorities announced a set of measures to ease fiscal and monetary policy conditions in an effort to soften the economic impact of trade tariffs imposed by the US.

The threat of an all-out trade war between the world’s largest economies has been the main reason for copper’s recent weakness. Copper is seen as a barometer of economic activity given the metal’s widespread use in industry and infrastructure. China consumes half the world’s copper.

Ratings agency Moody’s in a research note said Bejing’s announcements represent “a significant change towards more accommodative policy” and points out that the measures constitute more than $280 billion in stimulus measures:

In particular, the State Council said it would focus on deeper tax and fee cuts, including by making more companies eligible for additional tax deductions on research and development (R&D) spending. The government expects the latter measure to cut tax by RMB65.0 billion ($9.5 billion) in 2018.

It additionally said it would aim to speed up issuance of a planned RMB1.35 trillion of special bonds for local governments to support infrastructure projects this year and delivery of loans to small businesses through the state financing guarantee fund.

Also on Monday, the PBOC made a record injection of RMB502.0 billion into the financial system via its medium-term lending facility, which provides loans to commercial banks.

In a recent widely-quoted research note Citigroup argued for a rosy longer term outlook for copper telling investors in the sector to “prepare for a decade of Dr. Copper on steroids”:

“We look beyond the potential trade war to longer-term copper market fundamentals and we find that current prices of $6,200 a ton are nowhere near high enough to enable the market to clear.”

“Copper is set to outperform most other commodities under our coverage over the coming decade on a lack of mine supply growth.”

Citigroup added a note of caution for the near term in its report, noting that if a full-blown trade war materializes, copper will fall “materially lower before it goes higher again.” 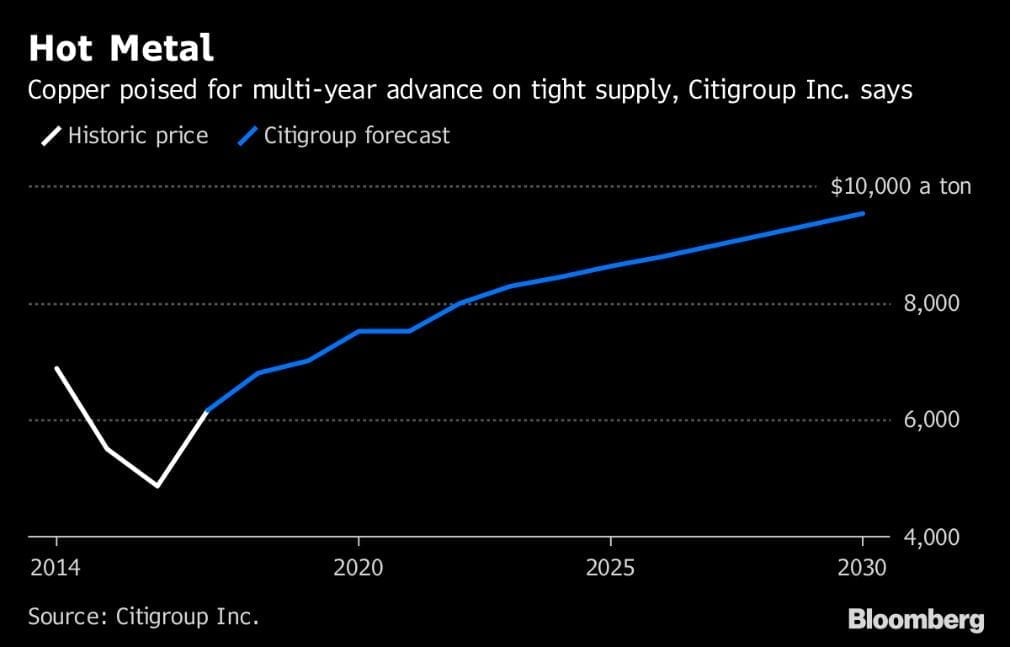