In this exclusive interview with The Assay, H. Brooke Macdonald, Director, President, and CEO of Cornerstone Capital Resources Inc. (TSXV: CGP), explains the reasons for the delay in the Pre-Feasibility Study at the Cascabel project, and why focusing on mining the high-grade core at the Alpala deposit – and drilling satellite targets to find additional resources closer to surface – will benefit shareholders over the long term 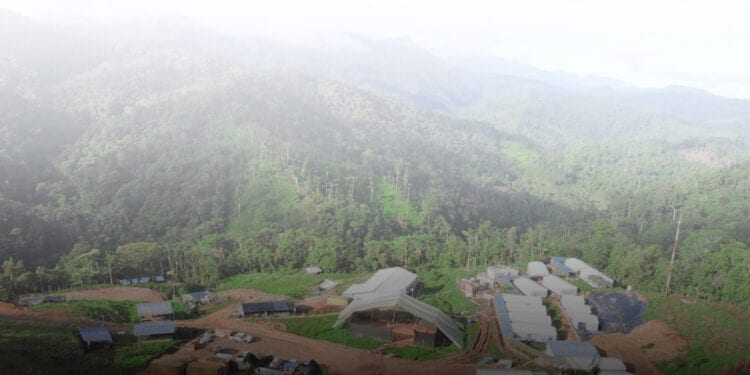 Your JV partner SolGold Plc (LSE: SOLG) recently announced they would delay then expand the scope of their Pre-Feasibility Study (PFS) on the Alpala project. In light of this news, what other targets on your Cascabel copper-gold project do you feel they should be focusing on?

Our 2019 Preliminary Economic Assessment (PEA) modelled a large tonnage, long-life operation with 2.4 billion tonnes at 0.54% copper equivalent (CuEq) scheduled in the mine plan over 55 years at Alpala as a base case. While we undoubtedly believe the Cascabel concession, including Alpala, is a multi-generational asset, our view remains that the focus of initial operations should be on accessing the high-grade core at Alpala. Currently, it has 442MT at 1.40% CuEq in the measured and indicated category, including 359MT at 1.47% CuEq in the measured category alone. We expect that targeting the high-grade core with a smaller initial footprint will lower project risk through higher margin tonnes earlier in the mine plan, and will provide a platform for expansion at Cascabel.

With many of the other Cascabel targets being significantly prospective, do you think there is scope for selectively mining high-grade pods?

Ultimately, we would like to see a development plan that reduces project risk, and expect targeting the high-grade core at Alpala to be the first step at Cascabel. As deposits like Alpala tend to occur in clusters, this infers that satellite porphyry targets could yield significant discoveries. If we hit a discovery hole like we did back in early 2014 at Alpala, the value of Cascabel will be greatly enhanced. It’s early days with respect to other targets at Cascabel, but we expect there to be potential for various mining scenarios, assuming the targets are further advanced through the drill-bit.

In your view, how will including more Cascabel targets in the PFS lower technical and large capex risk?

The lowering of initial capex will be achieved by sequencing the mining of the highest-grade portions of the core first, through a smaller initial footprint, which will allow for expansion in the future. While it’s too early to tell, we expect that additional targets will provide a roadmap for an optimal development plan.

Renewed focus on the high-grade core is a departure from the previous strategy. Does the decision to delay the PFS signal greater cohesion between Cornerstone and the board of SolGold? How will this new direction appeal to more investors?

We are encouraged by the renewed focus on the high-grade core as we’ve always believed that it would provide a lower risk development scenario, which is attractive to all parties interested in Cascabel. While SolGold is the operator of the project and solely responsible for its technical direction, we view this as a step in the right direction that will ultimately enhance Cascabel’s value proposition.

Cornerstone has had a tough start to the year on the TSXV/TSX. Will the expanded PFS help shore up investor sentiment later in 2021?

We expect the attractiveness of Cascabel to improve with a lower risk project focused initially on the high-grade core at Alpala. While there are various factors impacting day-to-day trading, the current project direction appears to be positive, which should be exciting for investors. Furthermore, noise surrounding the ongoing election in Ecuador seems to be only a temporary headwind.

It’s no secret that Cornerstone and SolGold both have relatively small public floats resulting in share prices that are impacted by relatively low volumes of trading. That said, larger shareholders are still invested and believe they will make a good return on their investment.

Where does the current announcement leave Cornerstone?

We are in a good position. We have 21.4% direct and indirect interest in Cascabel – one of the best discoveries made in recent history. Our interest comprises a direct 15% carried interest in the project and 7.5% of the shares of operator SolGold. Our 15% carried interest is extremely valuable as SolGold is funding all expenditures until completion of a bankable feasibility study, at which point our portion of the costs incurred are only repayable when a mine is in production from our share of cash flows. So, we essentially have a free ride until a development decision is made. Additionally, our 7.5% interest in SolGold provides us with exposure to their other exploration projects, such as Porvenir.

We are a prospect generator following the joint venture model, with Newcrest funding our Caña Brava project in Ecuador and our Miocene project in Chile. We have a 12.5% interest in the Bramaderos project in Ecuador fully funded by Sunstone Metals through to commercial production. Our strong treasury position allows us to continue with our business model as Cascabel advances with funding solely from operator SolGold.

Our position is solid, and we believe there is a lot for investors to get excited about. SolGold’s decision to delay and then expand the PFS has given us the opportunity to align strategies and refocus on the high-grade core and the highly prospective satellite targets. We’re optimistic that this bodes well for future production at Cascabel, and will enhance the value of the project in the minds of potential acquirers of Cornerstone.

ESG Strategies For Investing In Africa 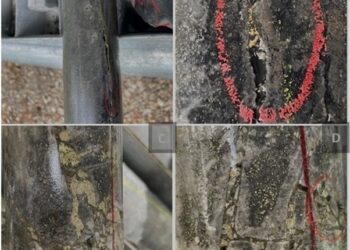 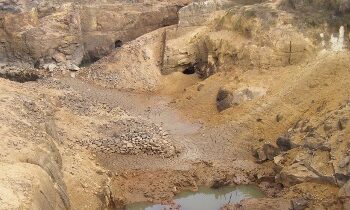 ESG Strategies For Investing In Africa