Best Junior Gold Stocks of 2019 on the TSXV

Best Junior Gold Stocks of 2019 on the TSXV 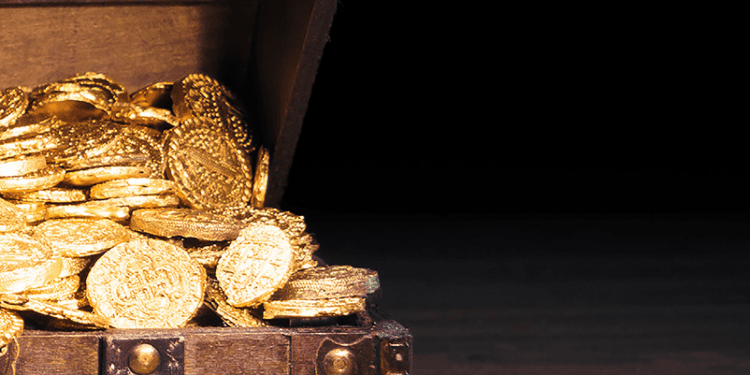 The gold price consistently rallied during the third quarter of 2019, finally breaking through the US$1,500 per ounce level for the first time in six years on August 7.

As a result of the surge, some junior companies in the gold space have seen strong upward share price momentum. Now that Q3 has come to a close, the Investing News Network has rounded up the five best gold stocks on the TSXV with the biggest share price gains year-to-date.

The list below was generated on October 4, 2019, using TradingView‘s stock screener. All companies listed had market caps above C$10 million at that time.

On September 4, the miner announced the discovery of a third gold zone at its Perron asset. The company intercepted up to 26.9 meters of 3.42 grams per tonne (g/t) gold.

Finding the third zone at the Quebec asset has continued to boost the value of the company after the initial discovery of high-grade gold at Perron sent shares of Amex up close to 50 percent.

KORE Mining is focused on properties in North America. It holds the development-stage Imperial and Long Valley gold projects in California and the British Columbia-based FG gold and Gold Creek assets, which are in the exploration stage.

In mid-August, KORE announced a C$3 million strategic investment with Eric Sprott for 10,000,000 shares at a price of C$0.30 per share. The company is using proceeds from the deal to further exploration work on all of the assets in its gold portfolio.

On September 12, KORE reported the staking of a large exploration land position around the Imperial project. The miner noted that the 1,005 new claims total 20,602 acres and bring the company’s total land in the region to 26,323 acres, which is a 360 percent increase from its previous stake.

Great Bear Resources is an exploration company focused on advancing its high-grade gold assets in the Red Lake region of Ontario — one of the world’s premier mining jurisdictions.

At the end of Q3, the company reported the completion of14 drill fences along the LP fault at Dixie and said that the Bear-Rimini, Auro and Yuma zones have now been combined into one zone. “We will continue to utilize sub-zone names such as Bear-Rimini, Yuma and Auro for geographic reference, however it now appears these are portions of a continuous mineralized system spanning kilometres of strike length which remains open along strike and at depth,” stated Chris Taylor, president and CEO.

The La Golondrina project is an underground mine development project and is located approximately 5 kilometers northwest of the municipality of Los Andes-Sotomayor within the La Llanada gold district, Narino Department, in Southwestern Colombia.

At the end of the third quarter, the miner announced that because of the completion of its acquisition of Northern Colombia, which is an affiliate of AngloGold Ashanti (ASX:AGG,NYSE:AU,OTC Pink:AULGF), Royal Road now has the rights to a newly granted 30 year mining concession contract for the Caldas and Risaralda departments of Colombia.

American Creek Resources is an exploration company with a focus on its properties in British Columbia’s prolific Golden Triangle, one of the richest areas of mineralization in the world.

On September 6, the company completed a C$2,260,000 private placement that included a C$1 million strategic investment from Eric Sprott.

“We very much appreciate Mr. Sprott’s continuing support and further investment. We anticipate that this strategic relationship will add further credibility to American Creek’s projects and future potential. We also look forward to working with Red Cloud in significantly increasing market awareness of the potential of those projects,” said Darren Blaney, president and CEO.

On September 23, the miner intercepted its largest gold interval ever at its Treat Creek project. The miner reported 1,081.5 meters averaging 0.59 g/t gold, including an upper interval of 301.5 meters containing 0.828 g/t gold.

Nevada is the Golden State

Panel: The team or the asset – Accurately evaluating junior explorers for successful discoveries

Panel: The team or the asset – Accurately evaluating junior explorers for successful discoveries