By Will Coetzer, Stratum International 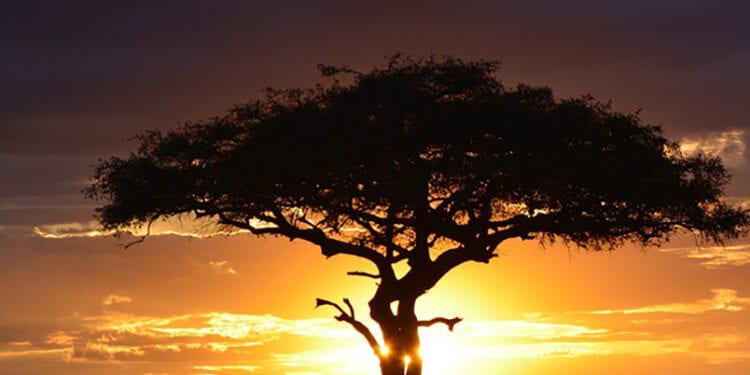 As a mining executive search, advisory and consulting firm, Stratum International’s coverage is inevitably global. Yet, historically nearly 40% of our recruitment and consulting mandates have been on the African continent. Unsurprisingly then, we take a significant interest in Africa’s mining industry’s heartbeat.

Over the last 24 months, the mining industry has collectively been anticipating a sustained (and we dare say, hoping for a rapid) recovery; there have certainly been several promising, but ultimately false dawns. While we believe that the industry has a tailwind that will be blowing stronger in the next few years, so many macro factors (USA-China trade war, increased political risk, equity markets being sucked dry by cryptocurrency and weed, to name a few) continue to contribute to the unknowns.

For this article we wanted to find out the general mood around investing and working in the mining industry in Africa. At Stratum, we pride ourselves on our sector expertise, established over nearly 15 years in the industry, across more than 50 countries. And we always inform our opinion with research to supplement and test our own observations and experience.

We ran a survey amongst clients, candidates and contacts who live, work or have an interest in Africa, that asked about their perceptions of the market, investment climate and the opportunities on the continent. Responses came from miners and investors across Africa, as well as in headquarters around the world, with those based in South Africa (14%), the Democratic Republic of the Congo (9%) and Burkina Faso (7.5%) particularly well represented in our sample. I emphasis we are not fund managers or mine owners. However, our day-to-day exposure to the executive and senior level recruitment market, as well as via our PE/Fund clients, gives us a unique and, I hope, interesting perspective on market sentiment. Over the years we’ve found recruitment is often a good lead indicator of investment decision making.

In this article, we’ll review what our survey respondents told us, share our own observations, and discuss how we see the prospects and opportunities for professionals, miners and investors in Africa.

We asked our respondents about the current level of confidence amongst miners and investors in Africa. Only a quarter (25%) of respondents felt confidence levels were negative, although a further 31% described a neutral situation. Where respondents explained their answer, the reasons for negativity often involved concerns about government interference, political interference, changes to the mining code, and increased legislation and taxation. As one respondent who has worked in four different parts of Africa put it, “Resource Nationalization is a big concern and governments are interfering with Operations Management.”

Other reasons for negativity included the perception that investment was drying up because of the availability of other safer or ‘sexier’ investment opportunities. In our experience, this concern has often been expressed over the years, yet investors do keep returning to the sector in cycles, perhaps attracted by the philosophy that higher risk can mean greater reward.

More than two fifths (44%) of the sample detected greater market confidence, with 6% describing ‘very positive’ levels. We found people who worked, operated or invested in West Africa, and in particular Ghana, Burkina Faso and Mali, were most likely to see positive confidence levels.

A Process Manager with two decades’ experience in the continent told us, “Resource interest has been given a boost, compared to the slump 2015-2017, through major players like Barrick, Randgold shaking up things and investors realizing things are not as negative as they thought three years ago. There is definitely more interest, and I am seeing it by way of the markedly increased number of times I have been approached over the last 18 months.”

When we asked how confidence levels had changed over the last 12 months, the results were divided almost equally between increased levels of confidence (33%), reduced confidence (37%) and no change (30%). Differences by geography were subtle, but interesting. Respondents based in Mali had seen no change or positive change over the last year. A majority of people in Burkina Faso reported a fall in confidence, a perception that is likely to have been influenced by increased terrorist activity in the country.

Replies from those placed in South Africa were equally divided between positive and negative change, reflecting the current situation in the country “post-Zuma”. Hopefully the elections on 8 May will help set the country more firmly on track to recovery.

The slight tendency towards reduced levels of confidence over the last 12 months does reflect the trends we noticed over the last year. Activity was reduced worldwide, but there was a definite downturn in recruitment into Africa in the second half of 2018. Our conversations with the investment community also indicated concerns about investing more in the region.

It has become a little harder to do business in Africa. In many countries, there is a clear and understandable trend to local recruitment, and in Zambia, for instance, it seems particularly challenging to secure expat visas. However, there are positive developments too; we believe the peace agreement between Ethiopia and Eritrea opens up significant opportunity for investment in East Africa, although this was not reflected in the response to our survey. Early days. We have, however, noticed increased activity in Africa in the first quarter of 2019, and in development stage projects in particular. We received as many mandates for mining operations recruitment in Q1 2019 as we did in the corresponding period of the previous year, which was one of the best first quarters we have experienced.

This trend seems likely to continue into 2019 given the increased number of conversations we are currently having with miners and Private Equity houses with interests in Africa. It also seems that a small but growing part of the market is battery metals, particularly lithium.

Which professions are seeing the most demand?

We asked our sample which professions had seen the most recruitment activity over the last year and which they thought would be in demand over the next 12 months.

Unsurprisingly, roles in Operations and Project Management dominate this table. This reflects the reality on the ground and the nature of our sample, as our firm is particularly active in these areas. Respondents working or investing in Burkina Faso and the Democratic Republic of the Congo were particularly likely to believe Operations professionals would be in high demand in the future.

Demand for excellent operations professionals tends to remain positive whenever miners are seeking to maximise returns from existing assets – a situation that prevails in good times and bad!

What is surprising is the reduced confidence in project development on the continent. In our experience, project development mandates have been increasing over the last 18 months, albeit at a glacial pace. We do appreciate, though, that these do not constitute a full-blown market recovery and this trend needs more substantiation before it is perceived to be real. We have, after all, been here before. Nevertheless, we are surprised by the sentiment on this point, as we are more bullish on projects in the next 12 months.

More than half our sample (53%) believed there would be no difference between recruitment activity in the last 12 months and the next 12 months. Of the rest, Exploration was seen as the profession most likely to see an increase in demand and Private Equity recruitment was also considered likely to increase.

This increase in Exploration recruitment was predicted in Stratum’s last job market report, although it has taken longer than we expected. We believe these findings reflect an increasing appetite for investment and exploration opportunities in the continent.

But where specifically are those opportunities?

What are the most significant opportunities forinvestment and exploration?

We asked our sample which regions of Africa they thought offered the greatest investment and exploration opportunities over the next two years.

West Africa was seen as offering the most opportunity with more than three quarters (77%) seeing the region as a good option for investment and two thirds (66%) as a good exploration prospect. Nearly a third (31%) of our sample selected West Africa alone as a good investment opportunity in Africa.

Those respondents who explained their decision highlighted political stability, less aggressive tax regimes and improved infrastructure as the principal attractions of West Africa. One respondent based in Tanzania said, “the operating climate is generally slightly improved or no worse in West Africa; while it is deteriorating elsewhere,” which it must be said is a qualified endorsement.

West Africa was not unique in being perceived in providing opportunity, with all parts of the region attracting some support; some more than others. South Africa, South East Africa and North Africa were generally considered unattractive. Some respondents complained about poor infrastructure and unreliable electricity supplies in the region, but we believe geopolitics plays a more significant role here.

One respondent told us, “Over the last few years, political risk was becoming less of an issue; however, several provinces have seen an increase in political risk in the last two years with short-sighted changes in regulation in a blatant attempt to cash-grab by various governments. If this keeps going, Africa, in general, will return to the days of high political risk with a subsequent reduction of investment.”

Ingo Hofmaier, Head of Metals and Mining at Hannam & Partners, sees it more differentiated: “Funds who invest in emerging markets, have an increasingly educated view about country risk and keep that up-to-date by country. Some countries in Africa are shunned by a majority of funds, which is often a reflection of lack of financial success of junior mining companies in that particular market, not necessarily headline-grabbing news about instability. The ability to navigate political and permitting risk via a ‘boots on the ground’ approach has also increased the emphasis on hiring teams that have executed projects in a particular country and situation. With the right team, permitting in Africa can be a lot easier (and quicker) than in OECD countries, was our experience.”

South Africa’s election, which has yet to take place at the time of writing, may result in greater certainty and confidence, though this is likely to take some time to manifest as investment.

When we asked our sample which minerals, metals or commodities offered the most considerable investment and exploration opportunities over the next two years we received thirty options in each category, reflecting the abundant wealth of deposits in Africa. Respondents were able to select more than one option, and several chose to provide a long list in response.

A small but noticeable number of our sample chose to highlight emerging opportunities in lithium particularly. This seems consistent with macro sentiment, considering the impending EV revolution.

Gold, however, dominates the list and we anticipate a flurry of activity in the months and years ahead. Despite the long-term predictions of a Barrick acquisition of Newmont, there was instead a merger between Newmont and Goldcorp. We anticipate much more producer merger activity in the not so distant future. Whether this will be an existing player or a new consolidation remains to be seen.

The mining industry is renowned for its cyclical and sometimes volatile nature, and Africa, a continent with so much opportunity for miners, quite often sits on the extremes of these vacillations. But where there is a risk, there is an opportunity. We all know it, and it is part of the appeal of this unique industry.

The results of our survey and our observations of the market indicate an increase in optimism and activity, particularly in West Africa. Gold and copper miners are particularly likely to increase activity, and we anticipate more opportunities for exploration professionals over the next year or two.

We believe miners and investors will continue to see Africa as a land of opportunity. However, of all investment opportunities, mining demands patience, and in our opinion, it is only those investors with a long-term view who can and will ultimately bring stability to the sector.