Titan Minerals To Follow Up Historic Drilling Success In Ecuador

Titan Minerals To Follow Up Historic Drilling Success In Ecuador 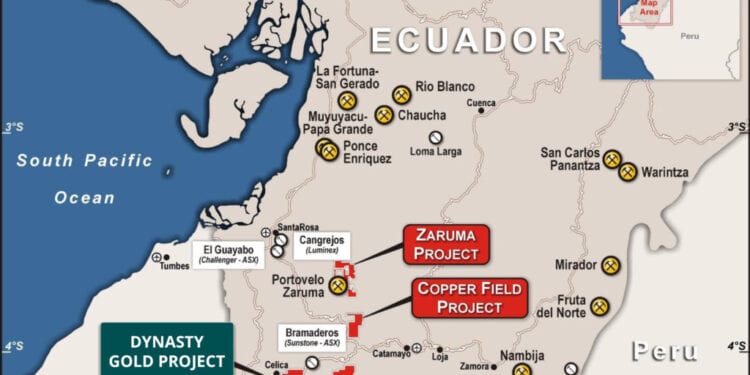 Titan Minerals Limited (ASX: TTM) has outlined its exploration activity plan for the next six months to follow up historic work completed at the Linderos Project in Ecuador.

The company has completed a compilation and verification process of historical results for JORC Compliant reporting of previous exploration activity completed at Linderos. By relogging the historical holes Titan has reinterpreted the geological systems at Linderos and has highlighted a much larger system for targeting.

The Copper Ridge Prospect is host to an outcropping porphyry, likely part of the prolific Miocene metallogenic belt, which hosts a large proportion of mineralised copper porphyry and epithermal gold system’s extending from Peru throughout Ecuador in the Andean Terrane.

“Our priority remains delivering the JORC resource at Dynasty and developing the unlocked potential of the asset, but as we continue to build Ecuador’s next mining development company we need to continually work on the cpmpany’s assets and better understand the exciting geological potential we have at Titan,” Mr Marsland said.

“The recent discovery is located within the extensive alteration halo of the Miocene aged porphyry system where exploration work is in its infancy. We plan to systematically explore Linderos and to discover what appears to be a high-grade epithermal gold project sitting on a porphyry. We are all excited about the potential we see at Linderos.”

Located in a major flexure of the Andean Terrane, the Linderos Project is situated within a corridor of mineralisation extending from Peru through northern Ecuador that is associated with early to late Miocene aged intrusions.

The majority of porphyry copper and epithermal gold deposits in southern Ecuador are associated with magmatism in this age range, with a number of these younger intrusions located along the margin of the extensive Cretaceous aged Tangula Batholith forming a favourable structural and metallogenic corridor for intrusion activity where Titan minerals holds a significant land position in southern Ecuador.

The company has recently commenced an exploration campaign at Linderos comprised of surface geochemistry, with planned heli-borne geophysics, and ground IP geophysical surveys expected to be completed over the next four months.

The exploration activity has commenced on the Linderos project with a focus on advancing Linderos to diamond drilling during the second half of this year. The Copper Ridge and Meseta prospects are the key area of focus in the current exploration campaign, with previous work highlighting the potential for high-grade gold mineralisation near surface ready for immediate drill targeting within the Meseta gold camp.

Broad alteration and extensive lower grade gold mineralisation associated with the high-grade gold intercepts at Meseta demonstrate that further drilling of gold targets in the near term will also provide strong support to concurrently assess the scale of potential for the Copper Ridge porphyry target. 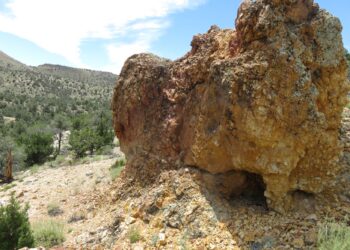 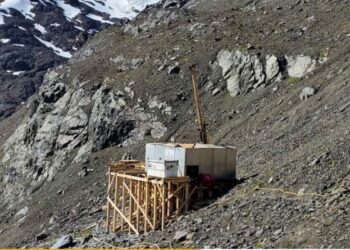