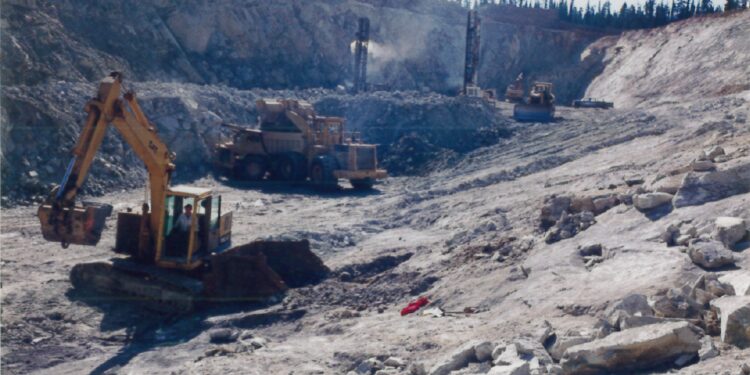 The resource update is following Gold Mountain’s 13,900m Phase 2 drill programme which began in May and wrapped up in November. The company continued to step out and infill its well established, high-grade intercepts in Siwash North, increasing the zone’s measured and indicated resource to 735,000oz at 5.9 g/t AuEq and inferred resource to 229,000oz at 5.4 g/t AuEq. This included drilling to the south of the Siwash North Zone which allowed the company to merge the Gold Creek and Siwash North geological models.

Additionally, Gold Mountain continued exploring the property by drilling in known mineralised Satellite zones including; the Lake and South Zones. By leveraging and evaluating the historical drill data set for these zones, the company was able to fill spatial data gaps and establish a combined maiden resource of 71,000oz measured and indicated at 4.3g/t AuEq and 33,000oz inferred at 5.7g/t AuEq.

Finally, the company continued relogging the asset’s historical core that was drilled by previous owners of the property. HEG Exploration Services Inc. identified and sampled core from historical drill holes located in the Siwash North Zone which helped further refine the vein model interpretation and add additional veins to the geological model.

Toyota to Build US$1.3B Battery Plant in the U.S.