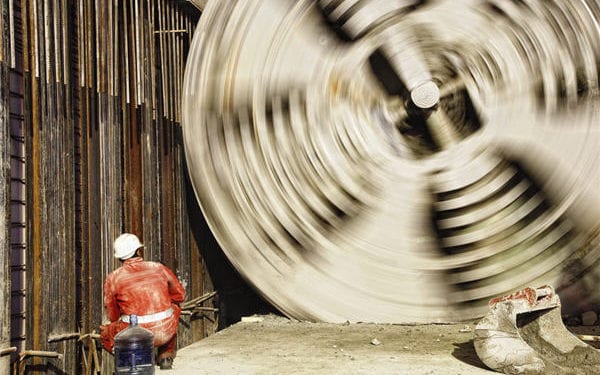 Private capital tracker Preqin says in an update that contrary to expectations, 2018 was another bumper year for the industry, particularly for natural resources investments.

Fundraising by unlisted funds for investment in natural resources – oil and gas, timberland, farmland, water and mines – set a fresh record in 2018 and is likely to top $100 billion for the first time.

Although significantly fewer funds closed in 2018 compared to the previous year, $93 billion in total capital was secured for investment in the sector. Preqin expects this to rise by up to 10% as more data come in.

After a dismal 2017, capital raised for investment in mining and metals was also up significantly compared to last year, but still makes up only a small percentage of natural resources private capital.

Preqin’s analysis show energy-focused funds (really only oil and gas as investments in coal have dried up) accounted for almost all of the year’s activity as 77 funds raised $89 billion. The vast majority of these funds target North American oil and gas plays.

By comparison, just four metals and mining funds closed and raised $2.5 billion. Encouraging for the sector is that over half (57%) of natural resources funds exceeded their targets in 2018, “indicating that investor appetite outstripped fundraising capacity,” says Preqin.

“The energy market has typically dominated natural resources, which may be an impediment to the long term success of the asset class: although other sectors are less crowded with competing fund managers, they also see less attention from investors and so struggle to grow,” says Patrick Adefuye, head of real assets at the London-based firm.

2018 started off with a bang with Orion Mine Finance in February closing on the largest mining-focused fund in five years, and the second biggest fund dedicated to the sector in history. The New York-based firm closed on its Fund II after securing $2.1 billion (including a co-investment vehicle).

The sharp pullback in metal prices in the second half of the year over uncertainty of the strength of the Chinese economy, which consumes half the world’s metals and minerals, and trade relations with the US, made it difficult for the funds in the market in 2018 to come near the $4.9 billion sought.

As of January 3 there are 13 funds are in the market targeting the mining sector, seeking a combined $4.6 billion from so-called limited partners which include sovereign wealth funds, public and private pension funds, foundations, family offices and other entities.

Some of money secured by the 22 funds in the market classified by Preqin as diversified may also end up being applied for mining and metals projects.

If all successful in obtaining capital commitments from investors (unlisted funds that closed last year took on average 17 months to do so) 2019 could equal 2012 which was the peak year for mining fundraising.

As of June 2018, the latest data available, across natural resources managers hold $238 billion in so-called dry powder (funds ready to be invested).

The global private capital space has experienced rapid growth over the last decade and last year 1,733 private capital funds raised an aggregate of $757 billion, down from the record $925 billion raised in 2017.