Has the Gold Price Bottomed Following the Fed’s QE Infinity?

Has the Gold Price Bottomed Following the Fed’s QE Infinity? 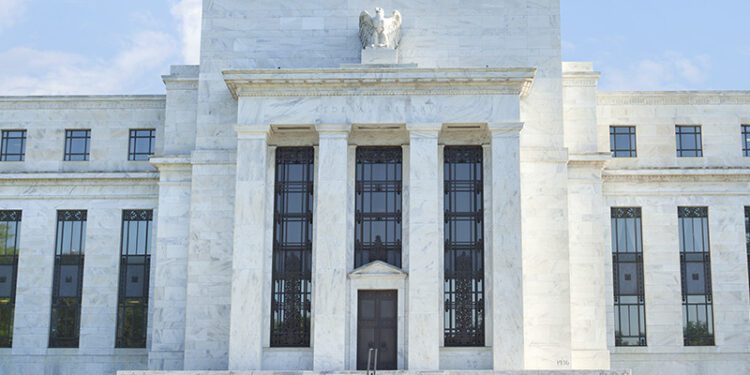 2020 – what a year so far! The COVID-19 epidemic is probably the biggest black swan to emerge in recent decades, and the financial market has turned from being overly optimistic (“it’s just a flu”) in early February, to returning to the panic levels last seen in 2008 in mid-March. Viewed as a classic safe haven asset, the price of gold has also been subjected to huge swings. In this article, we are trying to offer more information to help investors assess the potential damage of COVID-19 to the global economy and the outlook of the gold price, both in the short and long term.

What in the Potential Downside on the Gold Price?

Initially many people compared the outbreak of the recent coronavirus to the Severe Acute Respiratory Syndrome (SARS) outbreak in an attempt to foresee how the financial markets will develop. Given that the outbreak of any virus will have a negative impact on social activities and the economy, it is easy to understand why commodities like oil and copper have taken a big hit. Gold price, on the other hand, benefits due to the rise in uncertainties, but is still subjected to massive corrections:

Overall, the gold price increased by close to 11 percent, but it did take some major corrections, including one that took two months to hit the bottom, losing 18 percent from the peak during the process.

However, there are several points that lead us to believe the impact of COVID-19 will be more severe than that of SARS:

Indeed, in terms of the potential damage to the global economy, the 2008 Global Financial Crisis (GFC) may be a more appropriate comparison to the current situation:

Despite the Fed already cutting interest rates seven times during 2008 (with a total of 3.25 percent being cut), it did not really help save gold from a major price correction, which dove 35 percent from its peak and took seven months to hit the bottom. Therefore if we use the historical correction from SARS and the GFC (18 percent-35 percent), the gold price could possibly hit USD 1,100-1,400 per ounce.

However, during SARS and the GFC, once the major corrections had been made and market sentiment began to stabilize, the gold price hit a sharp rally and a new historical high. We believe this time will be no different, especially since the global central banks have been injecting massive liquidity into the system by historical standards.

CHART: Gold price (orange) pulled off from the US equities (purple) when market sentiment stabilized

Despite the plunge of the general equities market in February, the gold mining equities sector was relatively strong thanks to the support of the (initial) strong gold price. During the same period of 13-27 February, the gold mining equities index lost just 2 percent, with all the damage done on the 27 February. This saw the index lose 7.0 percent in a single trading day. Such a sharp fall in one day is concerning, especially as the gold price was relatively stable. It also signaled that there is panic in the market as well as increasing demand for liquidity. Both of these factors could possibly drive the gold price lower due to market capitulation, which led us to write our article (published on the 28 February – the day the gold price first took a significant correction starting in the London hours) warning a possible price correction.

Indeed, the gold equities index has been continuously front running the metals prices  and offers a useful (though not entirely efficient) tool to predict how the gold price will perform on a short term basis:

Why Some Think the Current Rally May Not Last Long

To the financial markets, gold is not the ultimate safe haven; cash is. This is due to the large size of the pool and massive liquidity. Therefore, when the market panics, the gold price falls along with the equities market as traders scramble for cash – even though, in theory, gold should perform well. Traders have to sell winners (gold in this case) because they have suffered from margin calls in other positions, or have simply taken profits to compensate the losses realised in other positions. During a market capitulation, throwing the baby out with bath water is common as traders panic and liquidity tightens.

As of writing, the gold price has rebounded from its low point after the Fed pushed the ‘QE Infinity’, however we would like to warn that it’s not just gold, but an improvement in investment sentiment which has buoyed all asset classes. If one remains weary on the global economic outlook due to COVID-19, then they should remain skeptical and be cautious that this rally may not last long. However, if we have already seen the bottom of the gold price is another question, and really depends on the severity of the epidemic situation, particularly in the US.

Reasons why investors still have to be careful of the rally:

Despite all the cautions and a somewhat pessimistic outlook, gold remains a sure bet for the long run. All the financial aid that central banks provided may not help to solve the epidemic quicker. The central banks can print all the money they want, but as long as people and businesses cut down their interactions and activities, the velocity of money will remain at low levels, resulting in deflation (with the exception of essential goods like food, necessities, and medical supplies). It is my view, that by the time the epidemic is under control, the economy will still be struggling to recover, and when central banks won’t be able to suck up the liquidity they pumped quickly enough, the low but increasing business activities will cause the velocity of money to jump. This will cause either hyperinflation or stagflation scenarios in extreme cases. Therefore, with global central banks injecting liquidity at a level never seen before, it’s a no brainer that gold will surge to historical new highs once the market sentiment has bottomed.

Gold Equities Have Higher Upside in the Longer Run

Just when the gold mining sector began a revision of ratings (as many of their financial statements turned around for 2019), this happened. In the current environment, the gold mining equities sector the metal itself, considering mines are shutting down (for now) as epidemic runs wild, and global production is expected to fall for the full year.

That said, over the next 12 months, once the situation is under control and the gold price is at historical high levels, the current underperformance in gold equities also means there will be massive catch-up to play in the future (ignoring company specific risks). Before the rally following the QE infinitive, the Gold/.Xau equity ratio rose above , a level not seen since 2015 when the gold price also happened to bottom in December that year.

In conclusion, even when the global epidemic is under control, global recovery will be in a L shape, and most of the liquidity that central banks injected will remain within the system (at least initially). At the initial phase of recovery, when economic activities still remain at low levels, gold (and likely gold equities) will pull off from the general equities segment and lead the first asset class to rally à la 2008. While no one can know for sure when both the physical metal and mining equities will hit the bottom, it’s never a bad idea to accumulate through dollar cost averaging. 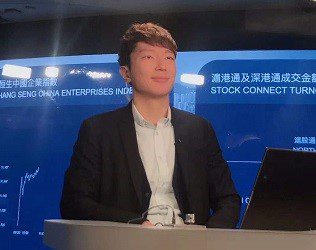