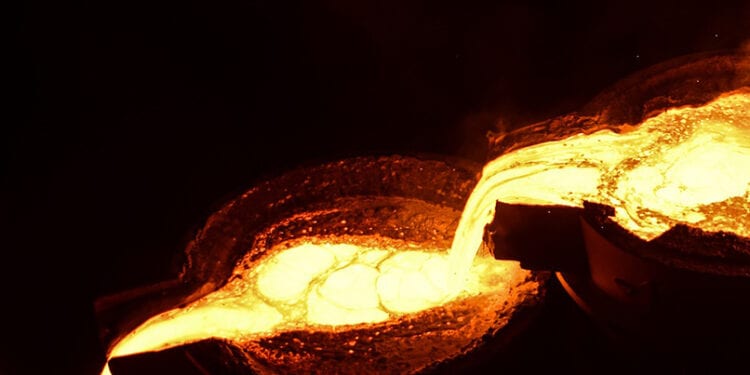 “We have gold because we cannot trust governments.” ― Herbert Hoover.

Let’s discuss the latest signals from the Treasury market as they pertains to gold’s flight-to-safety demand. Even with a volatile U.S. dollar, the metal’s “fear factor” should fuel its continued recovery.

While gold bulls are fighting off a spirited attempt by sellers to break the metal’s six-month growth trend, gold is being supported by heightened economic fears. The latest such warning to show up in news headlines over recent weeks involves the much-publicised near-inversion of the widely-watched U.S. Treasury yield curve. Many observers regard this as a sign that the U.S. economy is on the precipice of a recession.

In actual fact, this represents yet another strong support feature for gold.

There has been evidence of strong volatility in the currency market following recent consensus-beating U.S. economic news involving the labour market, that boosted the dollar and pushed gold prices lower. It showed that the domestic labour market in the US is still strong, despite a slowdown in the pace of job growth.

It was enough to justify a rally in the U.S. dollar index (DXY) (refer to graphic above), which gave gold traders the jitters. After the sharp dive in the dollar index on March 20 (a move that put DXY well under its widely followed 50-day moving average), the dollar has rallied back up to this trend line and above.

However, should the DXY retreat back below the 50-day MA, this could help pave the way for a constructive move higher in the gold price.

More importantly for gold’s near-term outlook is the elevated level of fear among investors with respect to the global economic and financial market outlook. Concerns have been growing over the health of the U.S. economy over recent weeks, which reached a peak with the Treasury yield curve approaching an inverted status.

It’s a widely held view that an inverted yield curve is a leading indicator of economic recession. Many economists view the latest spread between the three-month Treasury yield and the 10-year yield, which is now around four basis points, as a warning signal that the U.S. economy may slow down in the coming months. Shown below is the 10-year Treasury minus the 3-month Treasury graph, which is nearly below zero and approaching an inverted status.

As this is the lowest level of the U.S. yield curve seen by the Federal Reserve since 2007, investors are understandably concerned. This fear should increase gold’s safe-haven demand since the metal typically benefits from economic and geopolitical uncertainties.

The growing list of fears for investors include the latest delay of Britain’s exit from the European Union. Brexit proposals have been repeatedly rejected by Parliament. As a proposed May 22 deadline extension approaches, Prime Minister May has reportedly refused to rule out removing Britain from the EU without a deal by then. This prospect has generated enough alarm among traders and investors to boost gold’s safety appeal.

The increased safety-related demand that gold has received lately is clearly visible in the graph of the June 2019 gold futures contract. Gold has been consistently trading above its technically-important 50-day moving average (blue line), which confirms a positive shift in gold’s intermediate-term trend. The key now will be for gold to recover and once again trade above that blue line. 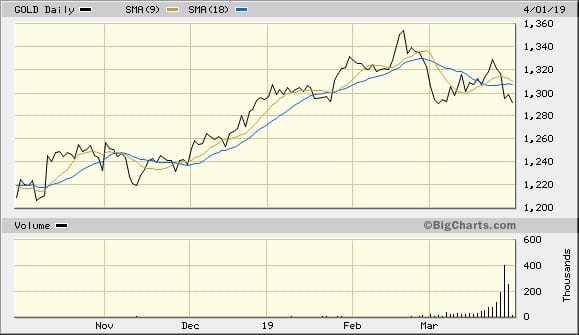 Since many fund managers and institutional investors include the 50-day MA as a variable in their decision making criteria, the psychological significance of the gold price above the 50-day MA can’t be underestimated. If gold can trade above this level, it could likely trigger another round of short covering for the metal.

With higher interest rates no longer offering a threat to gold (as per the Fed’s recent  comments signalling no rate increases during 2019), participants have yet another important reason for expecting higher prices in the months ahead. Moreover, as the U.S. Treasury yield curve is on the verge of inverting, this should act as a stimulant for the metal’s flight-to-safety demand amongst nervous investors. Eventually we should see gold respond to this growing “fear factor” by decisively breaking out of its trading range of the last two months and continuing its recovery that began last October.