The Assay - Mining For Long-Term Change In Guinea 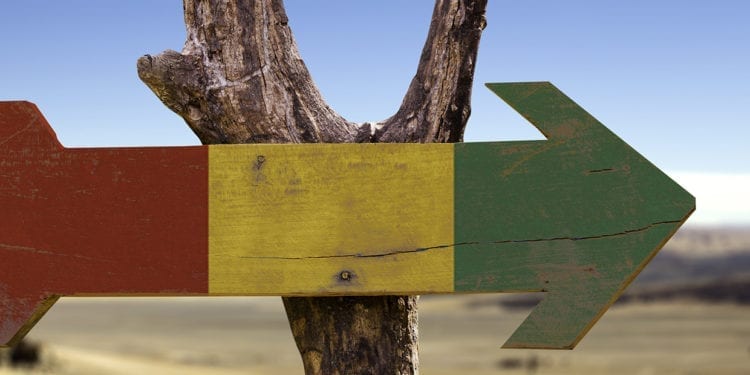 Guinea is a country rich in natural resources. It has nearly a third of the world’s reserves of bauxite—the primary ore in aluminum. It also has one of the largest untapped high-grade iron ore deposits, as well as other minerals including gold and diamonds.

Yet this country of 12 million people remains one of the poorest in the world, with a gross domestic product per capita of just $550. Poor governance and lack of infrastructure have for many years hampered the development of Guinea’s mining sector. More recently, the Ebola epidemic and a decline in commodity prices have also taken a toll on the country.

But IFC’s commitment to expand the Sangarédi bauxite mine—the fifth largest in the world—lays the groundwork for accelerating the development of Guinea’s economic and social potential. Our $200 million investment package for Compagnie des Bauxites de Guinée (CBG) will support the expansion of the mine, its processing plant, and shared multiuser rail infrastructure. IFC’s investment is expected to increase the mine’s production capacity from 13.5 million tonnes to 18.5 million tonnes per year by 2019. Aside from creating and sustaining thousands of jobs, the expansion will allow Guinea to significantly boost its bauxite exports in the future, generating much-needed revenues for the government.

Rehabilitation of CBG’s transport infrastructure, including port and rail, is an important part of the project. The company will increase the capacity on the Kamsar-Sangaredi rail corridor to about 51 million tonnes by 2020, from 26 million tonnes currently. New train cars will be added and new siding loops will make it possible for trains travelling in opposite directions to pass one another. An improved railroad is expected to attract more investment to mining projects in the area and provide people living along the rail corridor with a safer and more dependable transport option.

Guinea’s mining industry plays an important role in the national economy, contributing about 25 percent of the country’s gross domestic product. CBG is already the government’s most important revenue generator and the largest private sector enterprise in the country, with a long and strong track record unaffected by political unrest. The World Bank Group’s support for Guinea’s bauxite sector predates IFC’s financing of the Sangarédi bauxite mine. For example, back in 2014 the World Bank assisted the government in preparing a national plan for rail and port infrastructure (the Mining Ancillary Infrastructure Master Plan), and is currently working with it to develop the regulatory and the institutional framework required to support multiple users and usage of mining ancillary infrastructure. Implementation of these plans and regulations will promote investment in the mining sector by increasing cooperation and reducing costs. An example is the CBG multiuser rail (to be shared between CBG and two other mining companies, GAC and COBAD) where the WB provided transactional advice (legal, technical and financial) to the government when it was negotiating the user agreements for this shared infrastructure.

Since the investment, IFC has been working to ensure the CBG project is developed in line with international best-practice environmental and social standards. This includes several initiatives to address the complex environmental impacts of this and other projects in Guinea. For example, IFC working with CBG and Wild Chimpanzee Foundation (WCF) are working towards establishing an offset, viz. the Moyen-Bafing National Park, to compensate for the residual impacts of its mining operations on chimpanzees. Under IFC’s Performance Standards on Social and Environmental Sustainability, CBG is required to implement conservation activities that will result in a net gain in the chimpanzee population proportional to the numbers impacted in its mining concession. Through CBG’s support for this offset, the Moyen-Bafing National Park will now receive the financial resources it requires for its activities to protect and rehabilitate the forest environment. This is an excellent example of a collaboration between the government, the private sector and an NGO to achieve the long-term protection of a globally important site for the West African chimpanzee.

At the policy level, the World Bank helped the government improve transparency and strengthen the capacity of local authorities to play its role as a regulator in the sector. For example, the World Bank has buoyed the government’s effort to join and meet its obligations under the Extractive Industries Transparency Initiative (EITI), and today all mining contracts in Guinea are accessible online. To champion the government in improving its performance on environmental and social standards, the World Bank supported the preparation of a national strategic Environmental and Social Impact Assessment (ESIA) and is now working on a cumulative impact assessment focusing on mining in the Boké region.

Bringing together its expertise on public and private sector, the World Bank Group helped the government of Guinea to centralize disparate licensing and permitting processes across several ministries into an efficient “one-stop-shop” office. Critical for mining and infrastructure projects supporting economic growth in the country, the new facility became operational in July 2016 and has dramatically reduced cost and time needed to acquire licenses, permits and other approvals for among other things, environmental assessments, road and railway construction, etc. Case workers at the new comprehensive facility work with mining operators and relevant government entities to speed the licensing process. A dedicated website launched in conjunction with the office provides users instant access to information on licenses and other relevant materials.

We are in the process of engaging with the company to provide advice to maximize the flow of benefits from the project to local communities and to the local economy. And, working with the World Bank, we are also supporting Guinea’s efforts to improve economic governance and enhance transparency. Through advisory services, IFC is working with CBG to establish the building blocks for improved management of social and community risks and stakeholder engagement. IFC’s advisory program also includes support to address rail safety challenges and to create opportunities for local youth and entrepreneurs and generate direct and indirect employment locally. Finally, IFC’s regional program on local economic development (with donor support from Canada) is supporting the implementation of best practices to enhance community resilience, SME development and local livelihoods within and beyond the mining value chain, as well as creative partnerships on voice and participation platforms to help engage working-age youth and women through direct and indirect channels. The program will be implemented across the Boké region and will leverage the presence of CBG and other mining projects’ value chains.

The way Guinea manages its mining resources will determine the future prosperity of the country. That’s one of the reasons IFC’s work in Guinea is part of a collaborative effort with other development partners, including the European Union, African Development Bank, Natural Resource Governance Institute, and United Nations Development Program.

In 2016, IFC spearheaded the Responsible Mineral Development Initiative (RMDI), to back the government of Guinea. RMDI kicked off a national dialogue to address the most pressing challenges on sustainable mining and provided a platform to openly debate strategies for how best to manage stakeholder expectations and discuss ways to share benefits with local communities. Five thematic groups focused on issues affecting the legal and regulatory framework for the mining sector, infrastructure, community development, artisanal mining and cumulative impact of mining on the national economy. The RMDI process involved a wide representation from government, private sector, civil society, research institutions and the donor community. With improved governance, better infrastructure, and sustained higher levels of investment, Guinea could improve the lives of the 55 percent of its population who fall below the poverty line and build a more prosperous life for all its citizens while protecting the country’s unique biodiversity. IFC is dedicated to do its part to make this a reality.

African Exploration Budget Up More Than Global Budget In 2017