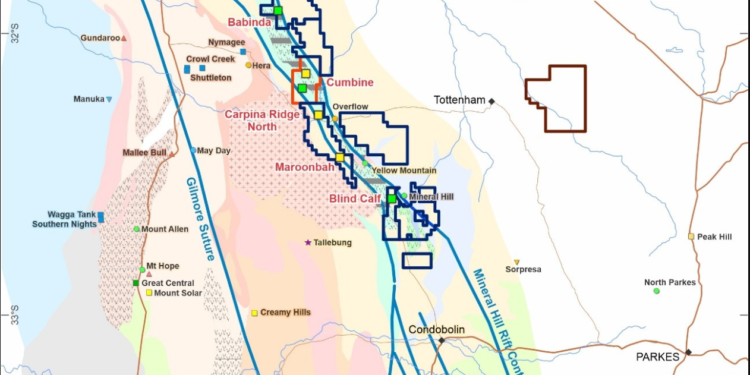 Initial testing of the targets will begin in the latter half of this year as part of Talisman’s major new drill programme, which is scheduled to commence this quarter, weather and access permitting. This follows delays to the company’s drilling schedule due to the very high levels of rainfall which have been experienced across Australia’s Eastern Seaboard this year. The completion of the AGG geophysical survey processing and interpretation by Talisman’s geophysical consultants, Southern Geoscience, marks a key milestone for the company.

The geophysical surveys, which were completed in the first half of the year, comprised a VTEM Max airborne-electromagnetic survey of 6,285-line kilometres over four key target areas, and a FALCON AGG survey of 15,456-line kilometres over three major structural lineaments within Talisman’s tenure portfolio. Interpretation of these two airborne geophysical datasets, together with Talisman’s review of prospectivity vectors developed from a close study of other economic deposits in the Cobar Superbasin, has highlighted 13 high-priority targets which will be followed up through systematic exploration work, including drill testing, over the next six months.

Talisman’s Chairman, Kerry Harmanis commented: “We have experienced several frustrating delays this year due to a combination of heavy rainfall on the East Coast, which has restricted drilling access, and ongoing bottlenecks at the assay laboratories.

“Despite this, we have been able to progress our major regional geophysical surveys which have already identified more than a dozen high-quality targets. This reinforces the quality of our NSW portfolio and the enormous opportunity we see in front of us to make a company-changing discovery. “We are now gearing up to resume a major new drilling push in the current quarter, weather permitting, with drilling to continue for the foreseeable future. Thanks to the ongoing income stream from our iron ore royalty, the Company is in a very sound position financially and remains exceptionally well placed for success. The next few months should be an exciting time for Talisman shareholders.”