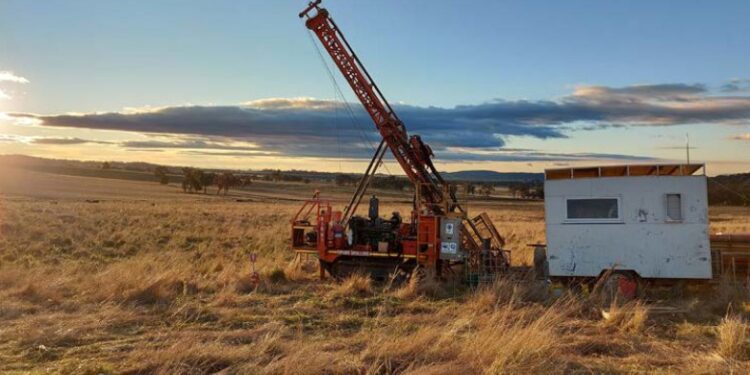 Silver Mines Ltd (ASX:SVL) has restarted drilling at its Barabolar Project, just 10km from Bowdens in NSW, the largest undeveloped silver project in Australia and one of the largest in the world.

“At the outset of Covid-19, we deferred work at Barabolar and focussed on areas with our own freehold land in and around the Bowdens Silver Project,” Managing Director, Anthony McClure, said.

“It is great news for the Company to recommence drilling activities at the exciting Barabolar Project given its considerable anomalism on surface with significant mineralised porphyry potential. We currently have three diamond rigs continuing at Bowdens Silver and one at Barabolar.”

Immediately within this area are silica-sericite flooded volcaniclastics and volcanics of andesitic to dacitic composition with pyrite and gossanous quartz veins.

Major west dipping faults (interpreted from digital elevation models and surface measurements) are likely the fluid pathways to exposed zones such as the pyrophyllite quarry and other prospects further to the east.

In 2019, the company completed a gravity survey to determine whether a clear intrusive signature exists within the Barabolar Project area.

The Crossroad target represents a potential intrusive source to alteration and mineralisation as the gravity data has identified numerous “low” responses with the standout target being coincident with a magnetic high and potassium anomaly (radiometric data). The magnetic high is potentially a result of high temperature potassic alteration (biotite-orthoclase-magnetite) within an intrusion. This represents a priority target for deep drilling.

These areas are Cringle and Mt Laut through to Crossroad, highlighted in both predictive models and in sampled data. Significantly, when multivariate outlier analysis is performed using alkaic and acidic zone elemental enrichment around porphyry systems as previously defined, the outliers are situated around significant geophysical responses (magnetic high and gravity low).