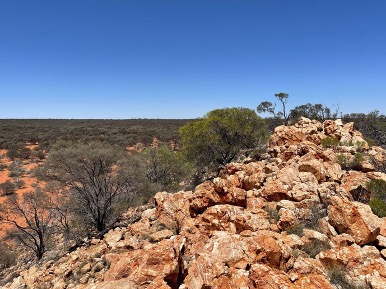 Oar Resources Limited (ASX: OAR) has been granted two tenements that were in application at its recently acquired lithium project near Wiluna, Western Australia.

A third tenement (E53/2198) was already granted at the time the acquisition was announced.

The granting of these remaining two tenements, (E53/2229 and E53/2230), triggers additional payments under the terms outlined in the previous release, but more importantly, allows OAR’s field team to commence detailed exploration across the entire Project.

The company’s geological team has recently returned to site for an extended and more detailed exploration program with a view to confirming the presence of mineralised pegmatites within all three granted tenements ahead of a potential 2023 drilling campaign.

Historic lithium and rubidium anomalies, along with the presence of other minerals common in LCT pegmatites, were recorded in rock chips taken in 2019, which were provided to the Company by previous owner Denchi Pty Ltd.

During the initial reconnaissance by the company’s geological team, 16 additional rock chip samples were collected from the granted tenement1, targeting the location of the previously identified anomalies and up to 500m metres north.

The company’s team was able to replicate the anomalism from the historic Denchi rockchip sampling and expand the LCT anomalism further to the north, with DEN016 showing elevated levels of elements common in LCT pegmatites.

“It is pleasing to see this rapid progress and to be able to mobilise our field team within just a few weeks of agreeing to the terms of sale with Denchi,” CEO Paul Stephen said.

“Historic sampling and our own initial exploration work have already demonstrated the project is prospective for our targeted minerals and we look forward to making rapid progress as OAR repositions to focus on building its critical minerals portfolio.”