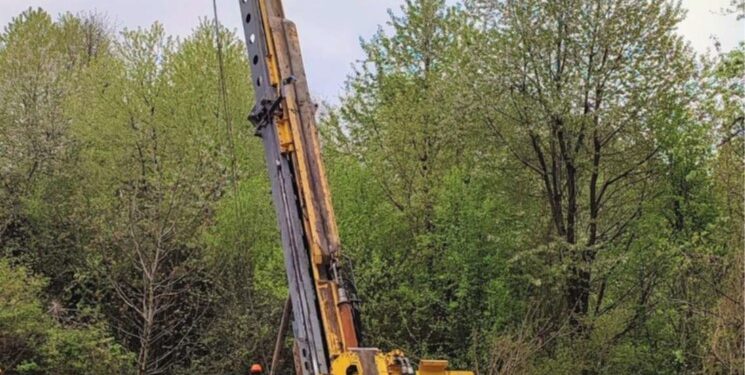 The seven-hole drill campaign at Gramusovici is Lykos’ first since the company listed on the ASX in October 2022 and marks the formal commencement of the post-winter, on-the-ground exploration program at its three flagship projects – Cajnice, Sockovac and Sinjakovo.

A 1.4m wide and several metres long quartz-carbonate outcrop was discovered while inspecting the near-vertical section of the hill slope at the Gramusovici locality. Six surface samples were collected from the outcrop: four samples in and two outside the lode.

The outcrop samples have returned results of up 10.05% copper and 155 g/t silver, accompanied by a trace of gold (up to 0.15g/t). The copper-silver mineralisation is sediment-hosted and dipping at 20° to the east.

The hosting quartz-carbonate breccia is found at the contact between hanging-wall oxidised sandy slates and footwall reduced schists – the geological setting bears similarities to Andean and Zambian copper-silver deposits.

Lykos announced the discovery of the outcrop at Gramusovici last month, but has only just received the assays from the rock sample programme, which in turn have informed the design of the Phase 1 drilling program that is underway.

The initial Phase 1 drilling programme consists of seven diamond holes for a total of 580m. These holes are proposed to:

· Test the western – and shallowest – part of the copper-silver target at Gramusovici at 40m drill-spacing in the area near the mineralised outcrop;

· Improve the geological understanding of this newly identified copper-silver mineralised system; and

· Provide the rationale for further testing of a potential depth-repetition and downdip extension of the copper-silver bearing lode.

Drilling is designed to intersect the mineralisation at the projected depth of 20-70m. This favourable shallow depth of mineralisation will enable fast drill-testing and a relatively inexpensive overall drilling programme.

The drilling program has commenced with the deepest “stratigraphic” hole, which is planned to be drilled to a depth of about 200m. The aim of the stratigraphic drill hole is to test for possible deeper repetitions of mineralisation – polymetallic mineralisation has already been observed in nearby out

rops and could be indicative of a larger and more complex mineralised system at Gramusovici. The following six holes are designed to test the western and shallowest part of the target horizon at 40m spacing, with two holes testing the copper-silver mineralisation 20m down-dip from the outcropping mineralisation. The Phase 1 drilling program will take approximately one month to complete, utilising one diamond drill rig.

“I am delighted that we have finally begun drilling at our projects in Bosnia-Herzegovina, which fulfills a promise we made when we listed on the ASX late last year to drill-test the many base metals and gold targets we are identifying across Cajnice, Sockovac and Sinjakovo,” Lykos Metals Managing Director Mladen Stevanovic said.

“Our confidence has always been high in the quality and prospectivity of all our three projects and it has just been a case of deciding an appropriate drilling schedule based on the progress of our exploration programs.

“The success of the rock chip program at Cajnice in March, which delivered us the Gramusovici Prospect, made it an easy decision for Lykos to immediately follow up with a maiden diamond drill campaign.

“Our focus now is to safely and responsibly complete Phase 1 drilling at Gramusovici and then assess the results, which will inform next steps including the potential of a Phase 2 campaign.

“In the meantime and in parallel, our exploration team will continue to further advance Sockovac and Sinjakovo with a clear strategy to define more gold and base metals targets ready for drill-testing.” 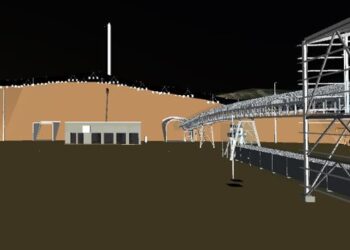