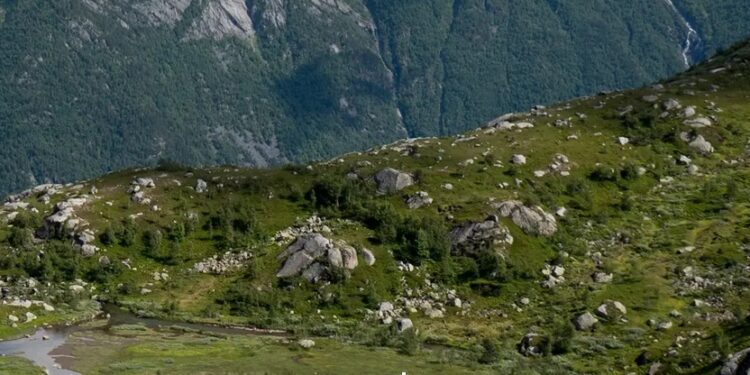 Kuniko (ASX:KNI) is preparing to kick off the first of three diamond drilling campaigns at the brownfield Ertelien nickel deposit located on the Ringerike battery metals project license area in Norway.

Ertelien is highly prospective for nickel, copper and cobalt, and during the most recent period of activity at the historical mine site, 66 diamond drillholes were drilled across the Ertelien intrusion by former exploration license holders.

Kuniko is aiming to continue to verify the existing work from these previous explorers, with a goal of developing a modern and JORC-compliant Mineral Resource estimate at the Ertelien Nickel Project. This Phase 1 campaign will focus on a single drill profile, twinning two key holes (ER2006-05 and ER2006-6B) from drilling of previous exploration licence holder, Blackstone Ventures Inc. By twinning these holes, Kuniko aims to verify grades and thicknesses of mineralization previously reported by Blackstone.

Three additional holes will be drilled, with the aim of improving knowledge of mineralized continuity within the deposit. All drill holes will also be continued into the footwall gneiss sequence as this contact zone is currently thought to play a key role in the genesis of mineralization at Ertelien,

This maiden drilling campaign with its planned five diamond drill holes for 1,200m – 1,500m, commencing 18 January 2023, is expected to conclude end-February/early-March. The programme will yield a wealth of new data in a tightly controlled geological environment, aimed at considerably improving the understanding of geological controls on mineralization at the Ertelien Nickel Project.

In addition to this drilling and the groundwork already completed in 2022, Kuniko anticipates assay results for the four boreholes resampled in late 2022 to be returned and reported during February 2023. The verification of historical assay data will be an important factor in utilizing the historical data in an updated resource model.

Two of the resampled historical drill holes are from Ertelien, and two were drilled at the Langedalen prospect, also on Kuniko’s Ringerike Project. Kuniko’s exploration team will be analysing the assay results and seeking geochemical comparisons between the intrusions and mineralization at both locations, with the intent of developing exploration criteria for other targets across the region.

Kuniko anticipates that an additional phase of drilling at Ertelien will be planned with a view to expanding the scale of known mineralization at the Ertelien Nickel mine in connection with defining a maiden JORC resource.

Following the successful drilling programme in mid-2022 at the Skuterud Cobalt Project’s Middagshvile location, Kuniko returns in February 2023 with an expanded drill campaign to test the continuity and extent of mineralization along strike and at depth. The programme is expected to be ongoing throughout February and March, with a planned 2,500m across approximately 10 diamond drill holes.

After successfully intersecting cobalt mineralization to the NE of the historic Middagshvile mine workings in KNI_MDV008, Kuniko’s campaign objective is to now continue to test the depth continuation of mineralization across the defined trend, as well as focussing on using infill drilling to connect the intercepts in KNI_MDV001-007 to KNI_MDV008. The campaign will improve the understanding of both physical and grade continuity, which will be factored into the planning of future drilling.

At the Myrmalm target, boggy low-relief terrain reduces outcrop exposure and could have concealed sulphide mineralization. Kuniko is utilising the winter conditions to enable the drilling team to operate in this terrain with the lowest possible impact and environmental footprint on the project area.

Drilling will be split between the two targets based on geological observations made as drilling progresses, although at this stage a minimum of five holes are planned to be drilled at Myrmalm, with a further three drill holes planned at Øyasætra. A more detailed breakdown of these targets can be found in Kuniko’s ASX Release dated 28/11/2022.

“We are excited to commence a maiden drilling programme at the brownfield Ertelien Nickel Project, located on our Ringerike license area. This first phase of drilling will develop the potential for a nickel resource at the site and leverage available exploration data and drilling of previous explorers,” CEO, Antony Beckmand, said.

“Drilling activity will then ramp-up at the Skuterud Cobalt Project and build upon the success of the maiden drilling campaign. Having proven the project is ripe for cobalt mineralization through intercepts in all drill holes at our priority target, this additional drilling along the mineralized trend will now test the potential for scalable cobalt-copper mineralization.

“In March, drilling continues with a maiden drilling programme at the Undal-Nyberget Copper Project in Norway’s prolific copper belt, where we will aim a drill rig at our two highest priority targets.

“Our geochemistry, geological mapping and geophysics work are aligning to deliver these high confidence targets prospective for copper mineralization.

We are pleased to have been able to positively develop our portfolio of battery metals projects such that we now have a pipeline of three high potential projects including copper, nickel and cobalt.

“Our drilling programmes will be a catalyst for unlocking the upside potential of these assets and continue to position Kuniko as a front runner in the further development of a low carbon European battery metals supply chain.“