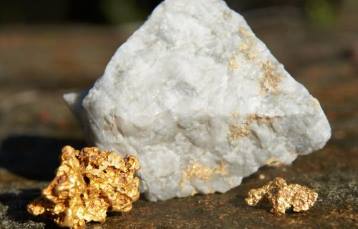 Kairos Minerals Ltd (ASX: KAI) is pleased to advise that it has appointed Klaus Eckhof as Non-Executive Chairman and Dr Peter Turner as Managing Director.

The company said the appointments reflect Kairos’ commitment to accelerate the exploration campaigns at its Western Australia lithium and gold projects as part of its wider strategy to generate increased shareholder value.

Mr Eckhof is a geologist with more than 20 years of experience developing mineral deposits around the world. He founded Moto Goldmines Ltd, which acquired the Moto Gold Project in the Democratic Republic of the Congo. More than 20 million ounces of gold was delineated at Moto and the project team delivered a feasibility study within four years from the start of exploration. Moto Goldmines was subsequently acquired by Randgold Resources (NASD: GOLD) (LSE: RRS).

He was also founder and Executive Chairman of AVZ Minerals Ltd. (ASX: AVZ). AVZ is focused on developing the Manono Project, one of the world’s largest undeveloped lithium deposits. AVZ has a current market capitalisation of over $2.75 billion. Mr Eckhof was also instrumental in the early stages of exploration and development of the Bisie Tin Project in the Democratic Republic of the Congo, now owned by Alphamin Resources Corp, which is listed on Canadian Stock Exchange with a market capitalisation of CDN$1.351 billion.

Dr Turner is an experienced exploration and development geologist with over 25 years in the resources sector, including in Western Australia, Africa, the Middle East and SE Asia. In particular, Dr Turner is recognised as leading exploration teams in the discovery of the Tarra gold deposit near Awak Mas in Sulawesi, Indonesia, the acquisition and successful exploration of the Houndé gold deposit in Burkina Faso, West Africa and the resource development and scoping study on the Telimélé iron ore deposit in Guinea.

He has an in-depth knowledge of worldwide gold deposits working in specialist technical teams in companies such as Perseus Mining Ltd, Placer Dome Asia Pacific, Delta Gold NL and Goldbelt Resources Ltd. During this time, he developed techniques for targeting new deposits and extensions to existing mineralisation which will prove essential at Kairos.

More recently, Dr Turner was advising a private lithium and nickel explorer in WA on its lithium strategy.

Dr Turner has a BSc (Honors) in Applied Geology, a PhD in West African geology (specialising in geochemistry and structural geology) and is a Member of Australian Institute of Geoscientists (MAIG).

“Klaus and I are delighted to work together to help unlock the value of Kairos’ lithium and gold assets,” Dr Turner said.

“With an already substantial resource base at Mt York, we will apply smart exploration with the aim of growing the resource significantly. It is a large mineralized system in a tier-one location.

“We are equally excited by the lithium potential of Kairos’ Roe Hills project in what is a highly prospective place for find fertile LCT (lithium-caesium-tantalum) pegmatites. We have a huge land holding with promising lithium-in-soil anomalies waiting to be drilled.”

The company’s Pilbara Gold Project hosts a Mineral Resource of 873,500oz (indicated resource of 8.56Mt at 1.3 g/t and inferred resource of 12.36Mt at 1.28 g/t). Its Pilbara landholding is considered highly prospective for LCT pegmatites.